Street Fighter V confirmed to be coming for Linux & SteamOS 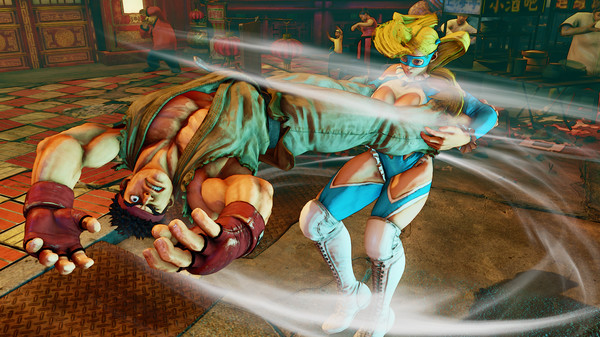 Holy cow! Capcom have announced Street Fighter V is coming to Linux & SteamOS which is a series I never thought we would see on Linux.

QuoteHey everyone. I’m excited to announce that Street Fighter V will be officially supporting Steam OS! We are working closely with Valve on this endeavor, and will have more details to announce in the near future, so stay tuned for updates.

Street Fighter V will also support the Steam controller, and you’ll be able to try that out right away during the upcoming beta test that takes place from December 18~20.

See you all online!

I'm pretty happy about this news, as I used to absolutely love these games when I was younger.

It's nice to know that Valve do seem to be having a hand at ports that come along, and I wonder who else is currently moving towards announcing a SteamOS release.

About the game (Official)
The legendary fighting franchise returns with STREET FIGHTER® V! Stunning visuals depict the next generation of World Warriors in unprecedented detail, while exciting and accessible battle mechanics deliver endless fighting fun that both beginners and veterans can enjoy. Challenge your friends online, or compete for fame and glory on the Capcom Pro Tour.

I am the owner of GamingOnLinux. After discovering Linux back in the days of Mandrake in 2003, I constantly came back to check on the progress of Linux until Ubuntu appeared on the scene and it helped me to really love it. You can reach me easily by emailing GamingOnLinux directly.
See more from me
Some you may have missed, popular articles from the last month:
The comments on this article are closed.
67 comments
Page: 1/7»

View PC info
Am I dreaming that I read this new?

View PC info
Slowly, but steadily big players are finally coming to our world...
4 Likes, Who?

WTF, I just thought that I put enough money in linux gaming, which was a lot. Happy to play.
3 Likes, Who?

(I am shaking from excitement to write something at this moment......)
1 Likes, Who?

Is beta access for linux only given to those who pre-ordered the game? I know that's the case with the other launch platforms.


Last edited by Gutterdrums on 17 December 2015 at 6:07 pm UTC
0 Likes
1/7»
While you're here, please consider supporting GamingOnLinux on: