The developers of game launcher 'Launchbox' on porting it to Linux, due to Windows 10 privacy issues

Launchbox [Official Site], an application that aims to be a one-stop shop for launching all your games may see proper Linux support if there's enough interest, with some of the work already done.

They even did a livestream to talk about porting it. In it, the developer working on the Linux version specifically mentioned the privacy issues in Windows 10 (even though they like it) as a reason for doing this. Even with the developer stating they love Windows 10, they also made their thoughts on Linux quite clear—"It is amazing what the community has come up with here, in all these various software packages that comprise Linux, it's incredible, it's no question for a free and open source set of software Linux is absolutely incredible and amazing.". I'll be honest, that warmed my heart right up.

They specifically said they've had requests for a Linux version over the past few years, but what makes me really like them is the fact that they understand the amount of requests they've had, is different to how many people might want it in the wider community.

Check the video out: 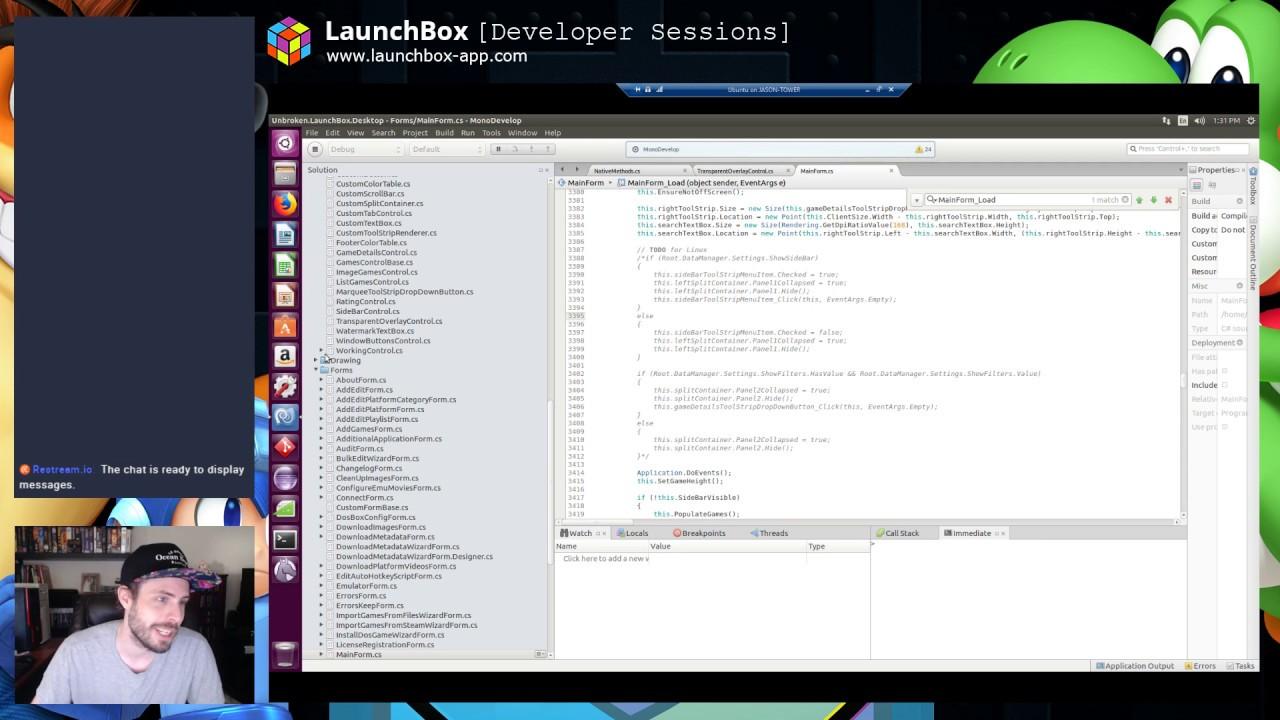 To be clear, they're currently only talking about Launchbox, not "Big Box" which is like their full-screen Steam Big Picture-like interface. However, if it works out well they will also looking into porting Big Box as well. It would require a completely rewrite of Big Box though, so it's not something that would happen anytime soon.

I will say, to be clear, we do have open source game launchers already on Linux like Lutris, RetroArch and various others. However, a key part in getting more people to use Linux for work and play, is getting the applications they already love and use from Windows onto Linux. It's an important step, which I'm sure many will understand even if there's software that might be slightly similar already.

You can fill out their survey here, if you're interested in seeing this on Linux properly.

View PC info
Well, it looks a lot like a graphically nicer but closed-source Lutris…
0 Likes

Quoting: ErwhannWell, it looks a lot like a graphically nicer but closed-source Lutris…

Yes, I touched on that in the article.
0 Likes

View PC info
I'll be interested to see where this goes. I certainly like hearing what they're saying about Win10 and Linux.

It's been awhile, but I was underwhelmed when I tried Lutris over a year ago (it felt very undercooked) and the very promising Gnome Games couldn't find games that weren't in the ~/Games folder, thoug, I've heard this has since changed in the newer Gnome versions, I'm using Xfce nowadays, so I'll just have to take the extra four seconds it takes me to "manually" launch my games, thank you very much.

View PC info
well, all I know I love steam and itch (hello gog! where's my galaxy?), any extra store is a welcome addition.
Problem is, emulation is a very shaky biz. GOG's doing gods work to bring back old DOS games. (still where's my galaxy client for linux?!) And Nightdive who is doing it on steam. (thank gods) I'm buying up them like candy because my country was outside of distribution channels during the 80's. Heck even in the early 90's.
Sony and Nintendo will never agree with any emulation.
0 Likes

Quoting: Asuwell, all I know I love steam and itch (hello gog! where's my galaxy?), any extra store is a welcome addition.
Problem is, emulation is a very shaky biz. GOG's doing gods work to bring back old DOS games. (still where's my galaxy client for linux?!) And Nightdive who is doing it on steam. (thank gods) I'm buying up them like candy because my country was outside of distribution channels during the 80's. Heck even in the early 90's.
Sony and Nintendo will never agree with any emulation.

It's not a store, it's a game launcher.
0 Likes

View PC info
I'm fairly happy with Lutris, but the add-on for Kodi is meh... Really the launcher that provides the best Kodi add-on is the one that wins in my book.
1 Likes, Who?

View PC info
Hmmm... I'm happily using Steam, so a launcher would have to have an easy Steam integration (including downloading/installing Steam games), etc.
The Steam client itself is severely lacking in the library department (unable to filter my own games by tag, or anything really)...

I'd really only see an advantage in an additional game launcher if it is better than Steam in that regard.
2 Likes, Who?

View PC info
This is one piece of software that I kinda missed when moving over to Linux. It really helped me launch and browse my games in a more organized manner. I was unable to find anything on Linux with the same features I used there, like rom info scraping (I don't know if that's the correct term, though).

I never really used Big Box mode, though, preferring to launch my games with my mouse.

I did not know they had any interest in Linux, so this is a pretty nice surprise. I hope they'll go through with it.
0 Likes
Purple Library Guy 26 Jan, 2018
On the Big Box thing . . . frankly if I were them I'd wait until the code was rotting and it was time for a rewrite anyway and just make sure that rewrite was cross-platform friendly.
1 Likes, Who?

View PC info
I can honestly see no need for what really looks like a closed-source version of Lutris. I don't even use that. 80-90% of my games are on Steam, so that's where I launch them from. The only other launcher I am using is PlayOnLinux. The day when Lutris becomes the superior choice for auto-install WINE games with minimal hassle, I will switch to that. But I still can't see the need for another launcher, particularly not a closed-source one.
0 Likes
1/3»
While you're here, please consider supporting GamingOnLinux on: