Did you get a little worried at the start of that headline? Fret not, as it's about the game 'The End Is Nigh' and it's now out of beta on Steam for Linux. 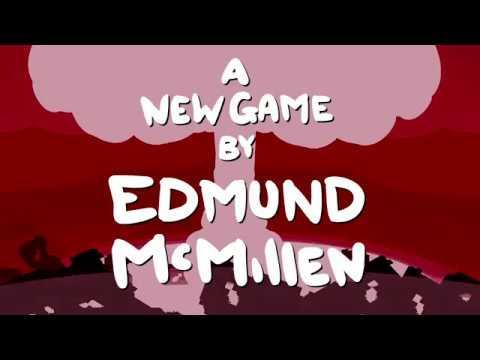 Previously, you needed to opt-in to a beta, but now you can just purchase and install right away. I still think it's fantastic that after porting it to the JUMP service, the developer then asked Ryan "Icculus" Gordon to port it to Linux as well. Especially as it's so highly rated, it's another solid game for our platform.

The End Is Nigh is a sprawling adventure platformer where the player takes control over Ash, one of few "things" that have "survived" the "end of the world".
Follow Ash as he flops his way through a future of pain and suffering. Feel his stress levels rise as you throw him into an endless swarm of decaying, mutant animal-like creatures and help aid his final epic quest... to simply make a friend (out of pieces of people he finds along his journey).

Oh, also you collect video game cartridges and tumors! if that does anything for ya.

I do love their feature list, especially the last one—how hilariously honest.

Have you already picked it up, or were you waiting for it to leave beta? Anyway, you can find The End Is Nigh on Steam.

View PC info
The game is awesome.I've already spent 16 hours on it during the beta and it's so good. It's like meat boy, but harder and with interconnected levels and secrets zone, like in Donkey Kong Country.

It's hard but fair. And the music is so good!!!
1 Likes, Who?
Purple Pudding 13 Dec, 2017
If it's half good the Apocalypse Orchestra homonym album (that has nothing else related to the game), it's a blast!

Jokes apart, it seems I have to make some skills at Super Meat Boy (sleeping in my library untouched) before I start dying at this!
0 Likes

QuoteDid you get a little worried at the start of that headline?

View PC info
I am happy Liam finally exploited the name of this game properly :)
2 Likes, Who?
While you're here, please consider supporting GamingOnLinux on: