GDevelop, a FOSS (Free and open-source software) 2D game engine seems to be really coming along nicely for the current overhaul.

Tools like GDevelop are incredible for quick prototyping, introducing a younger generation to developing and professional games too. What I love about GDevelop, is that it uses a visual programming events system. It could be compared with Clickteam's Fusion or Scirra's Construct. 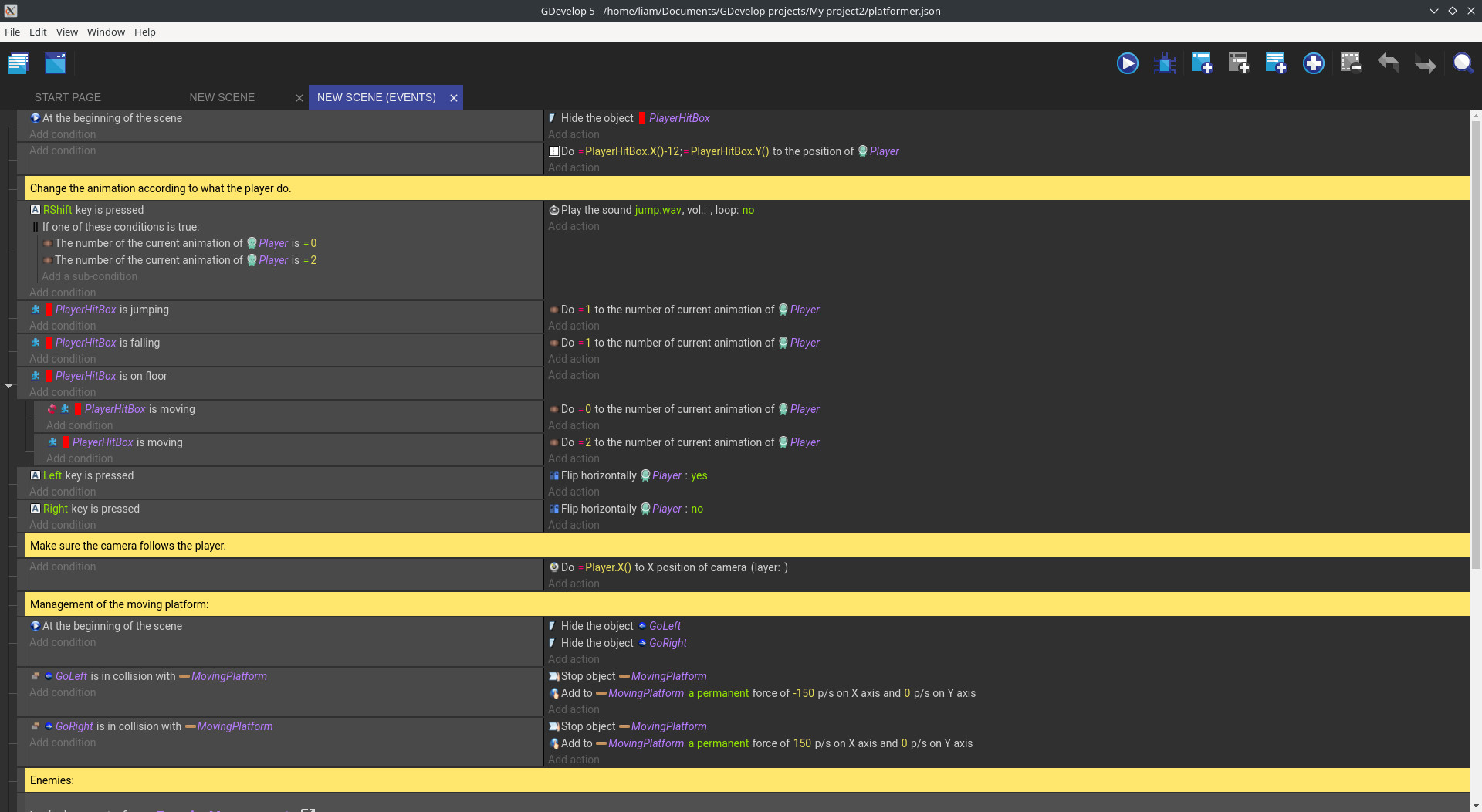 You're not limited by the events system above though, you can also extend the programming with blocks of JavaScript as well for when you need something a little deeper.

It's been quite some time since checking up on it and it seems they're still polishing up the big 5.0 version with a 79th beta being released only recently. Lots of new features added this year too like mouse scroll support, a much improved editor to add and edit conditions and actions, a more responsive UI, a new gamepads extension (which I tested working perfectly with my Logitech F310), the ability to search for and add extensions to your projects, they added copy/cut/paste for events functions and custom behaviours, a brand new Physics engine, a new action to take Screenshots of the game and a ton more.

Over time they've also added quite a few more game/demo examples like an 8-bit space shooter which shows off the custom behaviours system and a local multiplayer platformer with gamepad support. 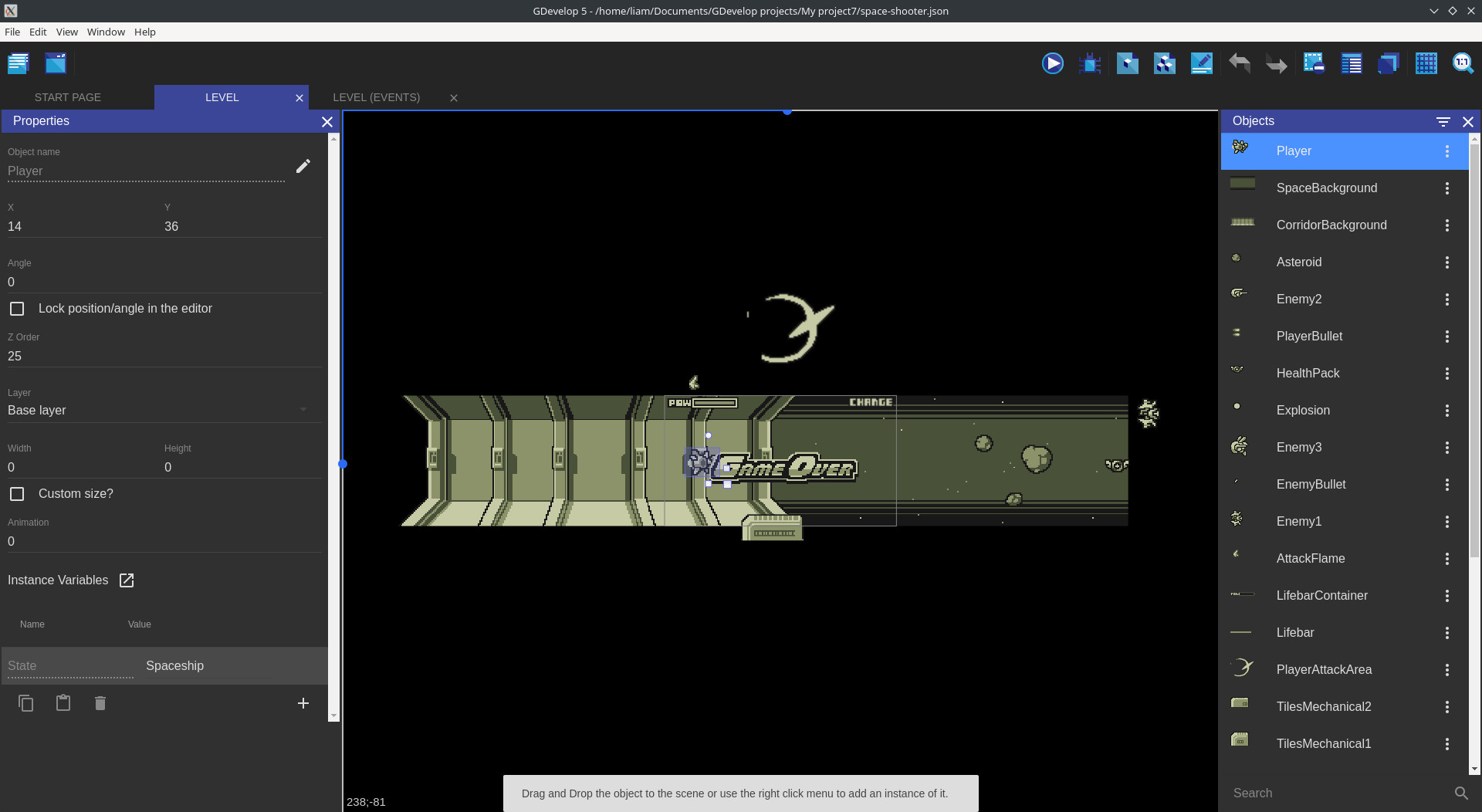 Honestly, I'm really impressed with what they've done here to the point that I might even start messing with it to make something.

See more on the official site. You can also try it in your browser.

Want to know what's been made with it? Hyperspace Dogfights is a good example and it's a really fun game too that's worth a look.

Article taken from GamingOnLinux.com.
Tags: Game Dev, Game Engine, Open Source
7 Likes, Who?
We do often include affiliate links to earn us some pennies. We are currently affiliated with GOG and Humble Store. See more here.
About the author - Liam Dawe

pb 6 Sep, 2019
I've been tempted to try Construct3 (my kid is looking to level up from Scratch but Godot scares him) but I hate their subscription model. GDevelop might be quite what I needed.
1 Likes, Who?

Quoting: pbI've been tempted to try Construct3 (my kid is looking to level up from Scratch but Godot scares him) but I hate their subscription model. GDevelop might be quite what I needed.

This is probably ideal then, once they learn the basic workflow GDevelop is quite interesting.
1 Likes, Who?
While you're here, please consider supporting GamingOnLinux on: