The Infectious Madness of Doctor Dekker [Steam, Official Site], a Full Motion Video game about solving murder whilst dealing with the unusual patients of the recently deceased Doctor Dekker. 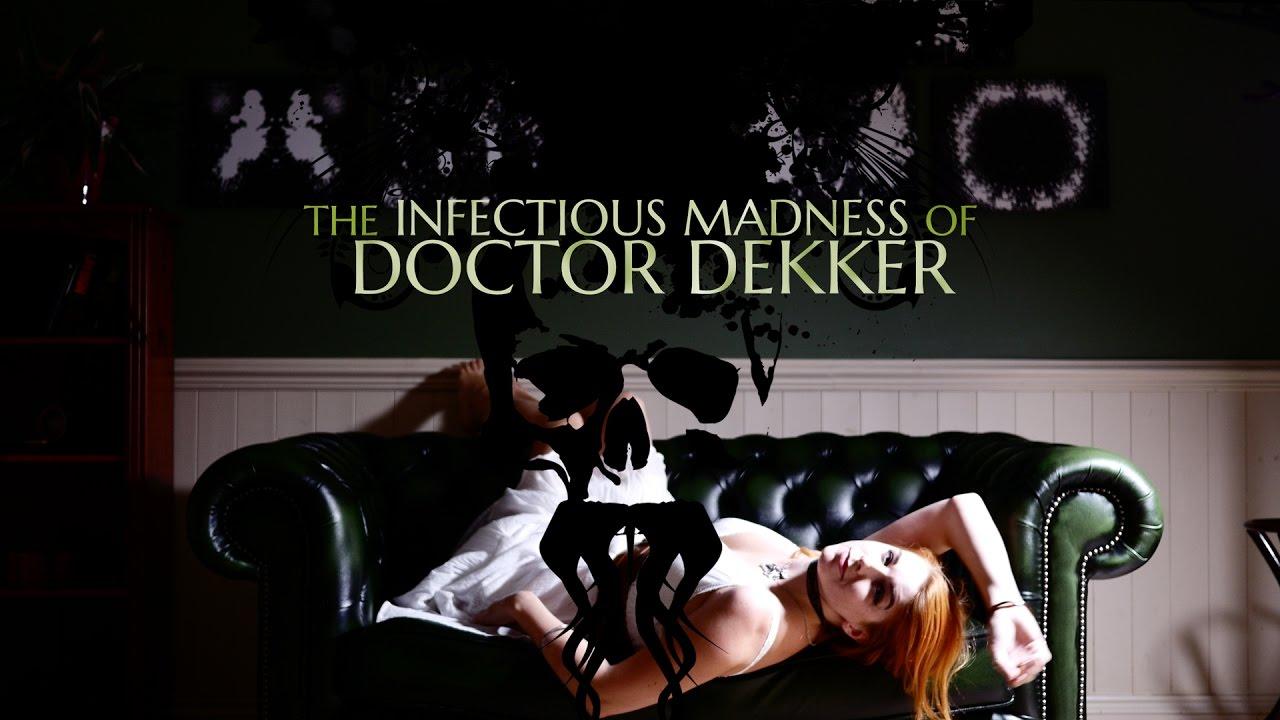 They ran a short Beta under the radar and with help from the community they managed to get it working. Really great to see the community feedback on the Steam post to help them.

Along with the Linux release, they've also patched the game with:

The developer sent over a key and the title was intriguing so I gave it a run. It does have the usual annoyance with multiple monitors, with it appearing on the wrong one. Apart from that though, it does seem to run nicely.

Such a bizarre game, but a fantastic idea. You're given a textbox at the top of the screen to type questions, or short keywords, which will hopefully unlock a new video response.

A lot of the time you might hear something like "I don't have an answer for that", so it can end up being quite confusing if you can't think of the right terms. I imagine that is what will make people torn on the game. It did take me a while to get used to it and figuring out what to ask is part of the fun. It's actually a bit of a puzzle game thanks to that feature. The thing to remember is to check your notes as they're quite helpful, as well as being sure to pay careful attention to what they're actually saying.

A game that requires a fair bit of thinking, as well as a good understanding of English as well of course. For those that love a good mystery, it would be well worth checking out.

The actors do actually seem pretty good (the receptionist was just weird though). The girl playing Marianna certainly gave real feeling, at least it seemed so to me.

I did notice that the Steam Overlay seems to not work, so it may have a few lingering issues.

Great to see it on Linux!

Article taken from GamingOnLinux.com.
Tags: Casual, Simulation, Steam
11 Likes, Who?
We do often include affiliate links to earn us some pennies. We are currently affiliated with GOG, Humble Store and Paradox Interactive. See more here.
About the author - Liam Dawe

View PC info
<offtopic>
I was checking the FNA post and went back to the front page. This new article appeared and was reading just a minute after it was posted. And it said 229 views! Not bad at all! Even though some people must be on a refresh loop.
</offtopic>

Looks likes something a bit different. Most of the review have more hours in the game than I expected, so it must have a bit of depth to it.
0 Likes

View PC info
Amelia Pond, is that you?
4 Likes, Who?

Quoting: Purple PuddingIt reminds me of Her Story, a game I'd love to play on Linux...

I once asked the dev of that if there'd be a Linux version and he said he'd be interested, but there was some issue with the video player used. I guess it's a limited third party thing.
0 Likes

View PC info
It was the Redhead, in the kitchen, with the candlestick! Ah whoops, wrong game.

This does look interesting though - nice acting. Wishlisted.
0 Likes

View PC info
I remember seeing this game awhile back and thinking it would be a nice change to my normal titles. I'm glad to read it's officially out on Linux and I'll be sure to add it to my library soon.
0 Likes
While you're here, please consider supporting GamingOnLinux on: