The Linux Version Of Moebius: Empire Rising Hasn't Been Forgotten 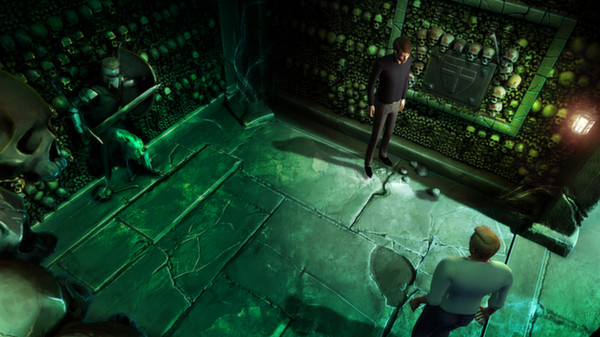 One of the things I do here is contact developers who promised a Linux version of a game which hasn't yet surfaced, and the latest user request for me to check was Moebius: Empire Rising. It took a while to get a response on it, but they did kindly reply and allow me to publish their answer.

I spoke to Katie Hallahan from studio Pinkerton Road who confirmed the Linux version is still coming:

Thanks for writing in to ask. It has been a long wait, and for that we do apologize. It's essentially been a matter of only being able to focus on so many things at once, and Moebius Linux fell behind on that list. Additionally, Unity has been putting out updates and we're trying to work with the latest version for the port so that it will be the most updated engine when we release it. It has come back up recently and we've been able to start working on it more consistently, so we hope to have more solid news on it soon.

We do appreciate everyone's patience on it, and again, I am hoping to be able to make announcements for it sometime soon. It definitely has not been forgotten!

A good, honest answer that it simply fell down their list. Not great for people who backed it, but it's certainly more honest than some developers have been. The good news is that it is still coming, and having it on a more recent engine should give us a decent port.

When a secretive government agency enlists him to determine whether a murdered woman in Venice resembles any particular historical figure, Malachi is left with only questions. Why would the U.S. government hire him -- a dealer of high-end antiques -- to look into a foreign murder? Why does David Walker, a former Special Forces operative he meets in his travels, feel like someone Malachi’s known all his life? And how come every time Malachi lets his guard down, someone tries to kill him? Article taken from GamingOnLinux.com.
Tags: Adventure, Editorial, Point & Click, Steam
0 Likes
We do often include affiliate links to earn us some pennies. We are currently affiliated with GOG, Humble Store and Paradox Interactive. See more here.
About the author - Liam Dawe

View PC info
There is a beta available to backers in the meantime, but I'm probably going to wait for the release version.
0 Likes

View PC info
I played through the Linux beta and didn't encounter any game breaking issues, but I think it's good that they're taking their time with the port. If they're able to iron out some of the most jarring issues that are also known in the Windows and Mac versions, I think that will make the game a much more enjoyable experience on Linux.
0 Likes

View PC info
I think I started a forum thread a while back asking 'where is X' game that was announced, but never came. Specifically about Mad Max. Good to see these guys are still working on releasing this.

Though whenever I see the name of this game, I think of this game; http://www.mobygames.com/game/moebius-the-orb-of-celestial-harmony

Are they related somehow? I still remember seeing screenshots of that one in a magazine when I was a wee little lad, and thought how awesome the graphics were (had an atari 800xl at the time, and they didn't release the game for it, so never played it, even when I finally got an Atari ST.)
0 Likes
zerothis 2 Nov, 2015
Am I the only one who thinks most games are fine on version 1.old of engine or middleware whatever even if there is a 2.new version of the engine or middleware available?

I mean really? There seems to be a lot games that updated to newer components and the game gained absolutely nothing but hardware upgrades needed and later version numbers in the requirements?


Last edited by zerothis on 2 November 2015 at 8:34 pm UTC
0 Likes
While you're here, please consider supporting GamingOnLinux on: