The Other 99, an UE4 single-player action & survival game is waiting on fixes from Epic for a Linux version 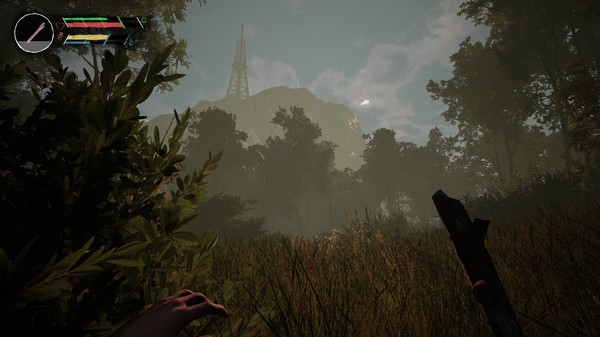 I've been following 'The Other 99' [Steam] hoping to see a Linux release soon, so I poked the developers about an update. They said they need fixes from Epic due to bugs in Unreal Engine 4 and Linux support.

From the reply to me on Steam:

Unfortunately, Unreal Engine 4's Linux support is somewhat limited, especially regarding up to date graphics/rendering features. We put a ton of work in to getting our game up to date on Linux/SteamOS, and from a technical and game-code standpoint, we are there, but a specific bug in UE4's rendering messes with the game's landscape.
We are now just waiting on an update from Epic Games to fix the specific rendering bug, at which point we can put The Other 99 out there on Linux.

We are really disappointed we haven't been able release on other platforms sooner, but are keeping an eye out for updates, and will release as soon as possible!

Hopefully Epic won't keep them waiting for too long, as it looks pretty decent. What is great, is their open and honest response to the lateness of the Linux version.

They aren't the only developer facing issues with Linux and Unreal Engine 4, as it's what is also holding up EVERSPACE (see here).

About the game
The Other 99 is a single player, first-person, action-survival game. Ripped from your ordinary life you awaken on a desolate Hebridian island with nothing but a single note that reads, “The only way off the island is through The Other 99”

cue58 16 Dec, 2016
View PC info
Probably the same bug that they (should) have been aware of in their own game Unreal Tournament that has been messing up textures since the very beginning on Linux.
0 Likes

veccher 16 Dec, 2016
View PC info
it's sad, the packaging process to linux in unreal is kinda sad at all, you have to create a cross compile toolchain then download the source code and recompile the engine, then package the game, it took me a really long time to discover how to do it exactly since their documentation about it isn't very clear and still there are some wrong steps in it, i'm even thinking about making a tutorial for youtube about it, since there's not any, and now that i know how to do it still take me an entire day (downloading + compiling + opening the project + packaging) what is bad if i wan't to frequently package the game to see if it is working properly (since we know it may not, the other 99 is an example of it), i'm learning about game development, UE4 is my favorite engine at this point, i know unity have a better support on linux but i personally don't like unity at all, i was thinking about taking a look at cry engine, but crytek is almost in bankrupcy and i've not seen many cryengine games on linux.
1 Likes, Who?

View PC info
Is it the ground texture and water shader bug? those things are also present in some early access games like The Isle and Fragmented

Game looks really good though, hope this issue gets fixed.

im sucker of survival games, yes many are early access and pretty much never leave from it, but good ones have lots of content worth of their money :)
0 Likes

SketchStick 17 Dec, 2016
I was under the impression that Epic Games does very little work on Unreal Engine's Linux support. That the vast majority of fixes were contributed by the community? If that's the case, I don't think waiting on them is going to help much.
1 Likes, Who?

This might be a general bug related to their OpenGL backend, not something Linux specific. These backends are written and supported by Epic themselves I think.
0 Likes

This might be a general bug related to their OpenGL backend, not something Linux specific. These backends are written and supported by Epic themselves I think.

afaik the graphics layers are mostly Epic built. The Linux layers are community contributed (to start with), and unofficial.

What annoys me to no end is that we get Tim Sweeny moaning like a donkey on heat about Microsoft, yet he refuses to acknowledge or commit to supporting Linux as an alternative to Microsoft.
1 Likes, Who?

View PC info
Is this the same thing that also makes ARK turn into an Acid trip on Linux?
0 Likes

Quoting: slaapliedjeIs this the same thing that also makes ARK turn into an Acid trip on Linux?

might be, but afaik ARK has this issue because they are using old UE4 (4.5) and is opengl3.3 limited which has this bug.

But some opengl4 UE4 games like The Isle and Fragmented have also shader issues, water shaders namely.
0 Likes
While you're here, please consider supporting GamingOnLinux on: