Originally developed by Creative Assembly and published by SEGA, Total War: WARHAMMER II is another Linux port from Feral Interactive. Arriving on Linux a little over a year after the Windows release, it's another game to use the Vulkan API on Linux (the Windows version continues with DirectX). 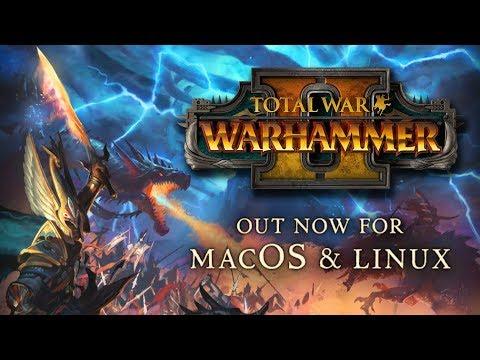 This is actually the second game in a planned trilogy, with Total War: WARHAMMER II offering up a new narrative campaign. If you own the first Total War: WARHAMMER, you can grab the Mortal Empires free DLC which enables you to battle across a huge combined campaign map which stitches both games together. That sounds really rather exciting!

It’s quite a popular game, with it regularly hitting well over twenty thousand people and so having it on Linux and officially supporting is a great thing.

I’ve spoken to Feral Interactive, who confirmed that sadly again the online multiplayer is only for Linux and Mac, it will not work with Windows. Hopefully in future Feral will be able to work with developers even more closely to make fully cross-platform multiplayer a thing.

As expected, it comes with the Feral launcher styled appropriately to the game. It looks good, it's functional and I personally find it quite useful. Being able to pick a screen to display the game on and resolution before you load a game is really nice. 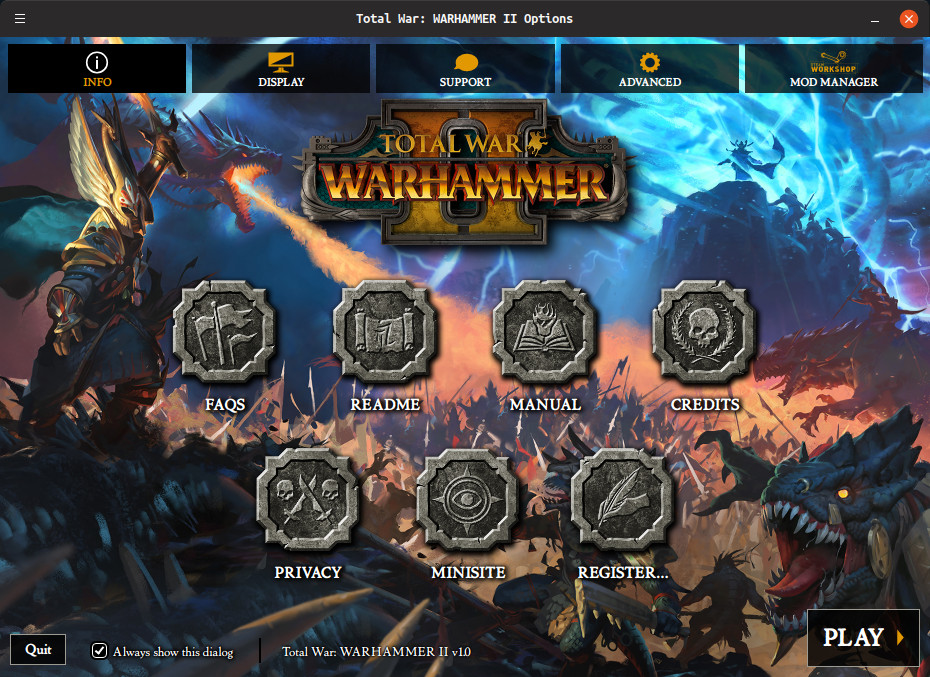 I know some people groan about launchers, but I think when done as well as they are for Feral games, they're more useful than annoying.

Some benchmarks are up next. All done at 1080p with the NVIDIA 415.13 driver. Worth noting that while Feral's system requirements state it was tested on the 396.54 driver, they did say "or better".

Also, when maxing out the settings, the game does warn about "Shadow detail" being set to "Extreme" being likely to cause some performance problems. Not something you should really do, unless your machine is an absolute power-house. Just including that for fun to see how it levels out at the very top.

Here's some results for you:

Ubuntu 18.10 versus Windows 10 benchmarks. Done on the same hardware, both installs up to date. On the Windows 10 side, the NVIDIA 416.94 driver was used. The DirectX mode was picked as 11, since DirectX 12 support for it on Windows is only classed as a beta, so we are comparing properly released states. 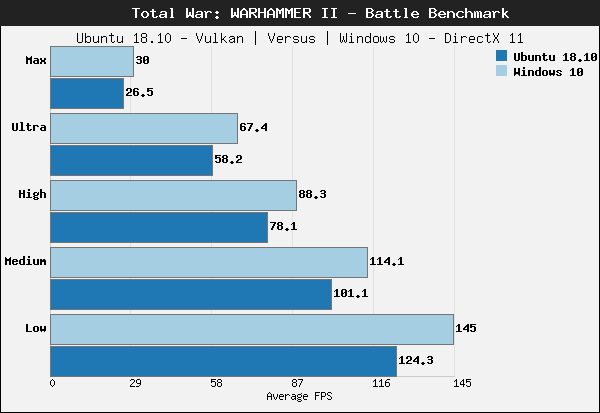 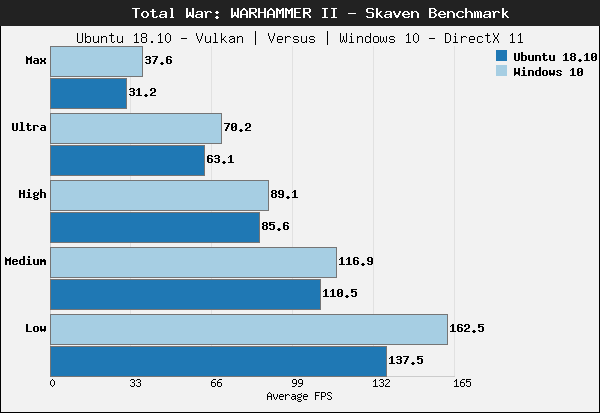 In terms of performance, it seems Feral have done a really good job overall. They really know their stuff now and their work with Linux ports and the Vulkan API seems to be paying off to give us some well performing Linux games that can be enjoyed by many. Looking over Windows benchmarks other people have done, it's looking very close.

As for the gameplay and the campaigns on offer, I won't step on the toes of our contributor BTRE who will do it justice, but it certainly seems quite interesting. After going through a rather pretty intro video, the initial campaign load time on a HDD was quite long at 2-3 minutes (seems to be much faster on an SSD according to BTRE). Thankfully, loading the first battle took half the initial game loading time.

Once in, testing myself in the campaign on Ultra everything seems to be really smooth, not even the slightest hint of stutter seen. After a solid hour+ it's not given me any issues at all. Very happy with the Linux port, I'm not usually one for Total War games but even I'm quite impressed.

You can pick up a copy from Humble Store, Feral Store or head directly to Steam.

Article taken from GamingOnLinux.com.
Tags: Feral Interactive, Humble Store, Steam, Strategy
22 Likes, Who?
We do often include affiliate links to earn us some pennies. We are currently affiliated with GOG, Humble Store and Paradox Interactive. See more here.
About the author - Liam Dawe

I am the owner of GamingOnLinux. After discovering Linux back in the days of Mandrake in 2003, I constantly came back to check on the progress of Linux until Ubuntu appeared on the scene and it helped me to really love it. You can reach me easily by emailing GamingOnLinux directly.
See more from me
Some you may have missed, popular articles from the last month:
The comments on this article are closed.
38 comments
Page: «4/4

FerroTiCI am slightly confused. I played a lot of TW:Warhammer I on my machine without problems, although AMD cars are not supported at all (based on Steam Store sys.requirement page).

After starting the game/launcher, I get an error message, that my system is incapable of Vulkan rendering on current hardware. Is that because of only 2nd Gen Radeon graphic card, or should I be installing additional packages?

Can you run any other Vulkan applications? It could well be additional packages are required, though I'm not a fedorite and not sure what exactly is needed.
0 Likes

View PC info
Hey, Steam Sales just started and TW: Warhammer 1 and 2 DLCs are discounted. I seized the opportunity and bought all of them. :-) Just saying.
1 Likes, Who?

wolfyrionHere is a sample of how I play the game

That's point 4 of my bug report to Feral. They were so far unable to replicate the problem. It is related to the Blood for the Blood God II DLC, if you disable it the glitches disappear. There was an identical bug in game I, let's hope they can fix it quickly because I want my battles to be as bloody as possible. ;-)
Maybe you want to also report the problem to them? If they see more people having this problem, they might prioritize it.

FerroTiCAfter starting the game/launcher, I get an error message, that my system is incapable of Vulkan rendering on current hardware. Is that because of only 2nd Gen Radeon graphic card, or should I be installing additional packages?

Your GPU definitely supports Vulkan, but from the command output you've posted there is something wrong with either your drivers or your Vulkan install. Never used Fedora nor AMD, so I can't help much with that.
0 Likes

View PC info
So the actual intro and first few battles work really well for me. No problems at all. And definitely better than the previous game. Quite pleased overall.
0 Likes
samurro 24 Nov, 2018
Hey guys I have a specific Warhammer II question. Now that there is a WH2 release for Linux: Is it true that I can play the campaign from WH1 also within WH2? Because WH2 uses Vulkan I would expect performance improvements over playing the original? If this is not the case, what can I expect from owning WH1 and WH2 on Linux?
0 Likes

wolfyrionHere is a sample of how I play the game

Hey, Wolfyrion, I just found a workaround for the bug! You'll have to use the SteamCMD utility from Steam. In my case, I had it installed under ~/.steamcmd, so I did the following:
* Ensure that I have the "Blood for the Blood Gods II" DLC - although it shows as "not installed":

* Done! The DLC will still show as "uninstalled" but the blood will work correctly in-game. Feral is working on getting this issue fixed for good at the moment. For example, in the Skaven performance test you'll see the bright green blood working and no more graphical glitches/artifacts: 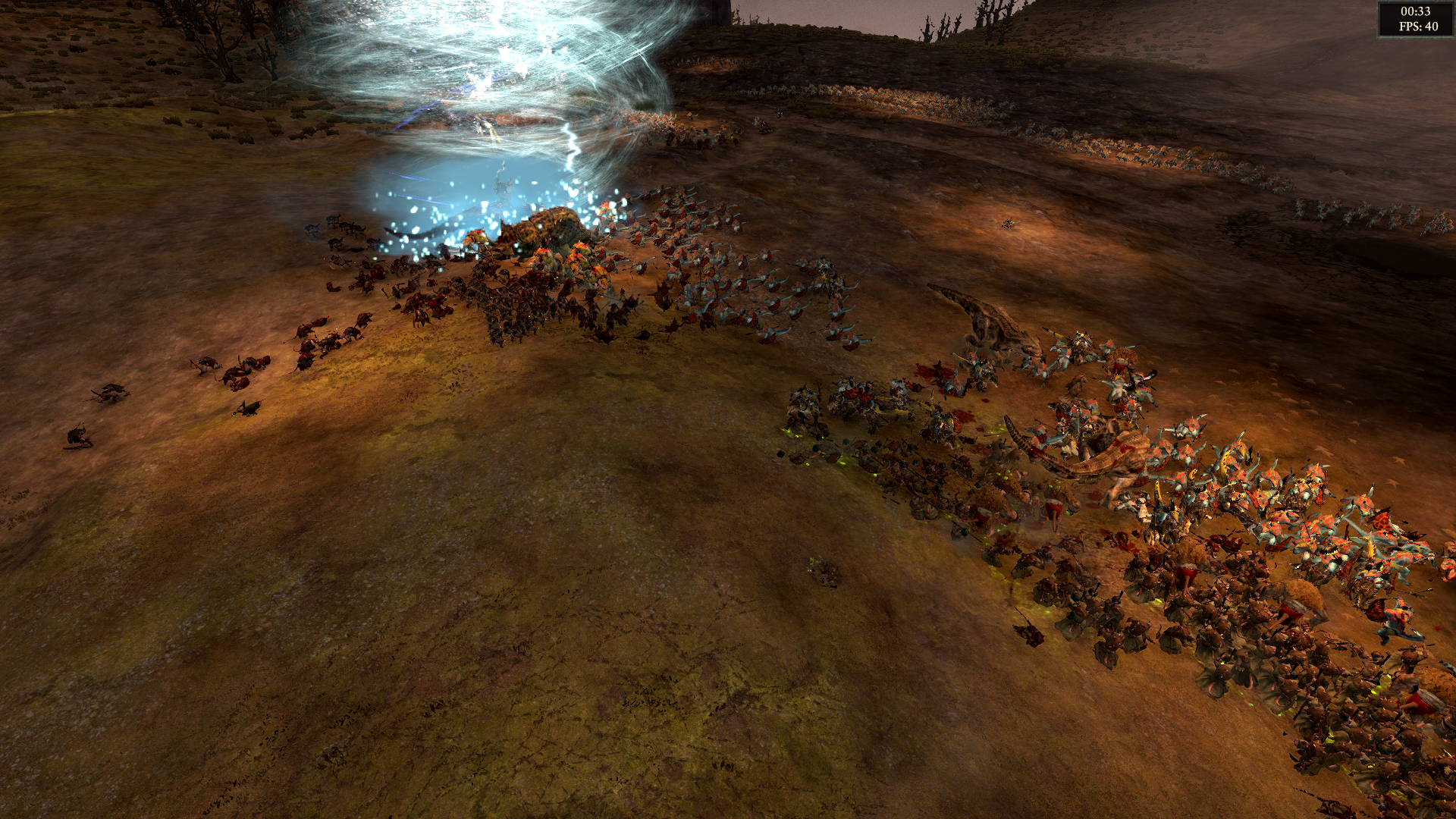 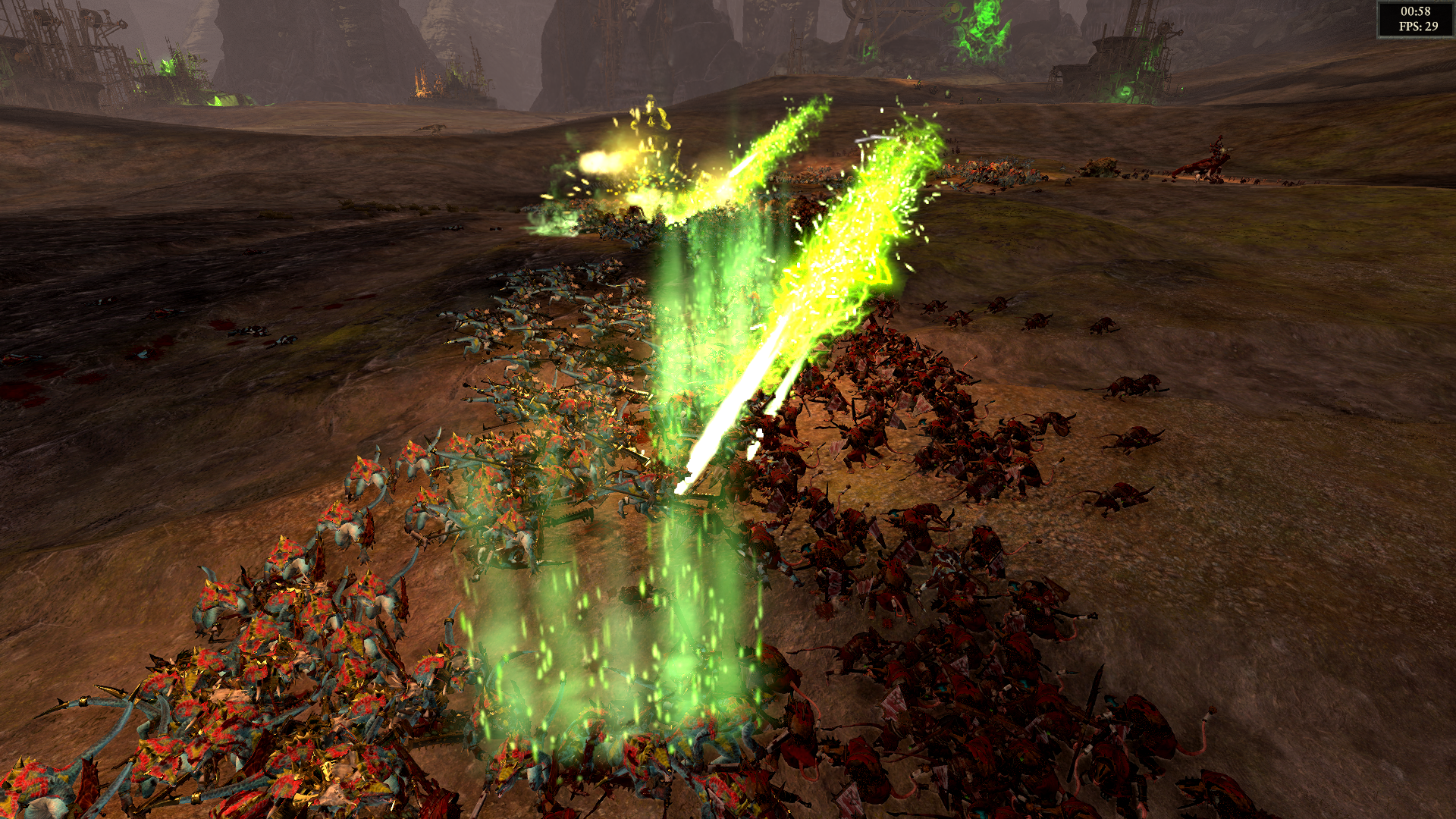 Hope it helps you get back to a bloody campaign in Total War! LOL! Add me on Steam, maybe we can play online since there is no crossplay and we linux gamers have few buddies to play. :-)
1 Likes, Who?
« 1«4/4