Triplicity [Official Site], from developer Conflux Games blends together a card-based battler with a puzzle game and it's quite good. 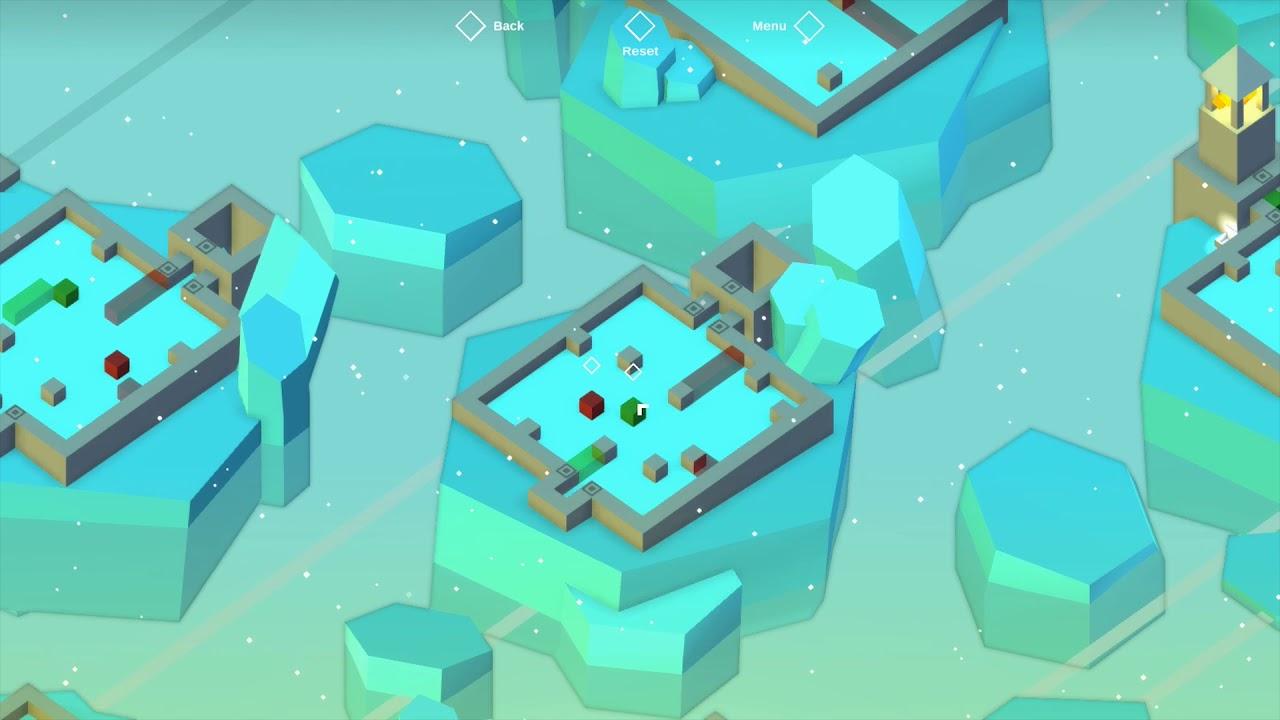 While I've enjoyed it quite a lot, it is a very strange game, since it mixes two very different genres together, but it does it in such a way that it feels right. You have the puzzle side of it, involving moving blocks around to the correct positions, which can then unlock challenge battles. The puzzles are a little deceptive, as initially I was laughing at how easy they were, then not so much laughter later on…

The card battles are actually surprisingly challenging, quite a surprise really to see quite a good AI in such a simple game. It's played out with each of you having a maximum of three cards in play and three in your hand, with you each trying to reduce the health of the player down to zero. You can directly attack one of the three spaces if a card isn't present to take down their health based on your card's attack, but you also take down their health if your attack is above the defence of an enemy card, making it quite an interesting system. Cards come in many variety's too, some have special abilities that can attack right away, have a shield to absorb any first hit and so on. A good amount of depth to it I would say.

If you manage to win the challenge, you get three cards, but to keep things sweet you still gain a single card even if you lose.

I did encounter one issue, which is in fullscreen the mouse was off-centre requiring me to play in windowed mode. I've let the developer know about this, so hopefully they can find a fix. I've also notified them of a spelling error, so hopefully that will be fixed promptly too as it asks you if you want to keep your "staring hand" (starting hand).

If you're after a rather relaxing puzzler with card battles then you should look no further, I think it's lovely. Find it on Steam.

We do often include affiliate links to earn us some pennies. We are currently affiliated with GOG and Humble Store. See more here.
About the author - Liam Dawe
I am the owner of GamingOnLinux. After discovering Linux back in the days of Mandrake in 2003, I constantly came back to check on the progress of Linux until Ubuntu appeared on the scene and it helped me to really love it. You can reach me easily by emailing GamingOnLinux directly.
See more from me
Some you may have missed, popular articles from the last month:
The comments on this article are closed.
1 comment
micozilixi 7 May, 2018
Looks nice. I don't know whether my PC will die after it. But I'll try. And now I play some online games at kizi or miniclip which remind me my childhood. Perhaps they are not so modern, but they're cute
0 Likes
While you're here, please consider supporting GamingOnLinux on: