Smith and Winston from Execution Unit is some of the most fun I've had in a twin-stick shooter for some time, partly because I love blowing things up and Smith and Winston lets you do a whole lot of that.

With the most recent update released only today, they've officially added in local co-op support! So you can invite a friend to destroy the beautiful voxel world with you. They say the co-op support isn't yet finished, as there's currently no way to revive a downed friend but fixes are coming for that.

Additionally, actually destroying things has become that little bit more satisfying as now when you blow things up, it can create big chunks of floor and walls.

Trees will also crumble and fall when you take out the trunk as well, which I will admit is more fun than it sounds and I find myself now doing it for the hell of it. The developers say it's a game for "people who like to blow s!*t up" and they're certainly not wrong.

If the word "voxels" makes you think about Minecraft though, fear not as it's really nothing like it. Not only is it a completely different genre, the way they've created the world looks very different too. In Smith and Winston the voxels are small, sleek and make up make up everything. Honestly, Smith and Winston has a ridiculously good style to it just look at this: 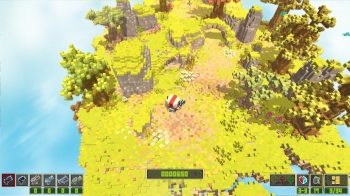 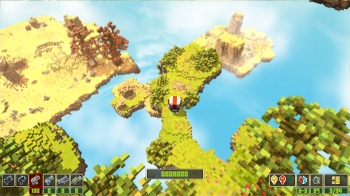 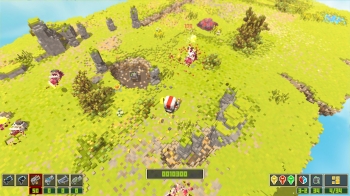 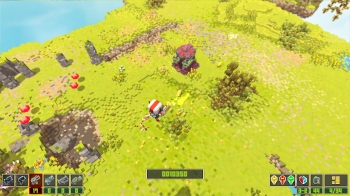 Combat should be a little easier to manage with this update too, as your mining weapon will now momentarily freeze enemies giving you a tiny bit of breathing room to switch to a proper weapon. After trying it, personally I think that's actually a very good change that's improved combat quite a lot for me.

They also included a note to thank supporters:

Lastly but definitely not leastly we'd like to say thanks to all that have bought the game and supported us. We are just two guys making a game. It's completely self funded, we don't have a wealthy backer or publisher and sometimes we need to take on contract work to pay the bills. It's really frustrating but that's life. Once again, thanks for your patience and kindness.

If you enjoy twin-stick shooters and you're after something different, give Smith and Winston a try. Just remember it's in Early Access and so it may have rough edges.

You can find Smith and Winston on itch.io and Steam.

View PC info
I was waiting for the co-op update, the big chunk explosions look amazing. Just got it on itch!
1 Likes, Who?

QuoteIf the word "voxels" makes you think about Minecraft though, fear not as it's really nothing like it. Not only is it a completely different genre, the way they've created the world looks very different too. In Smith and Winston the voxels are small, sleek and make up make up everything.

It actually looks more like what I used to think of when I heard the word “voxels” than Minecraft does. As far as I can make out, each voxel there is a single colour, in other words the engine is genuinely extending the concept of pixels into the third dimension. There was a time - I'm talking about looooong before Minecraft, or even texture-mapped 3D - when voxels seemed to be The Future.
2 Likes, Who?