The lead programmer stated this on their official forum:


QuoteYes, we will support Mac OS (Mac Pro) and SteamOS (Linux), no emulation of any sort!
But, fact is, that driver support might be not up to par with Windows driver support, I cannot guarantee that the mind specs will hold for those platforms, we will do our best to optimize it as much as possible, but it's to early to say for sure!

It has also been added to their FAQ:


QuoteWarhammer 40,000: Eternal Crusade is being developed for PC, Mac, and SteamOS. We also plan on releasing the game for next-gen consoles; to be confirmed. For now, the Founder program purchases will only be for PCs and Mac.

If there's something Linux seriously lacks it is big MMO games to draw people in, and just maybe Warhammer Eternal Crusade can fill that gap.

You can see a very early video of it in action here: 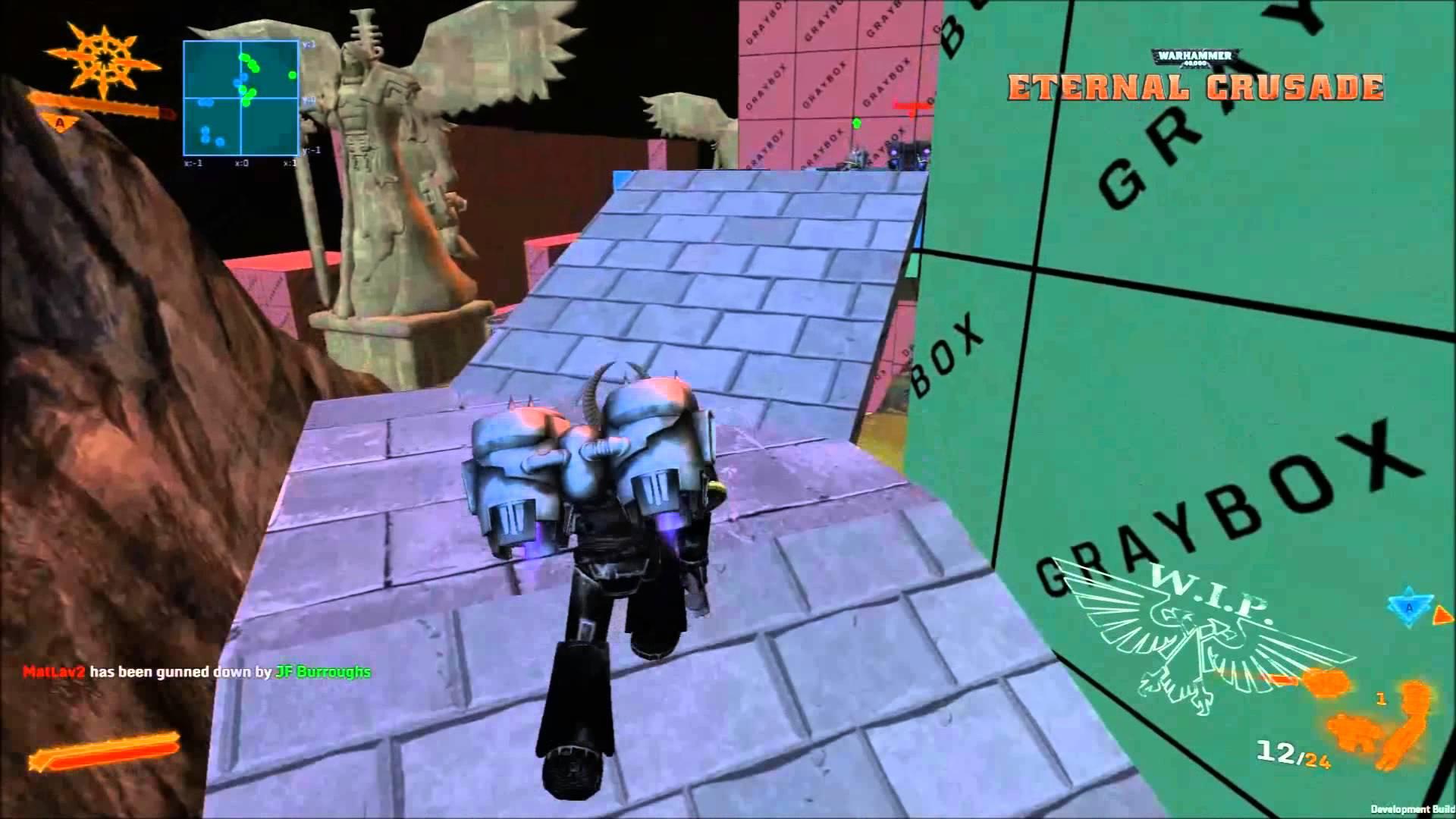 About
Warhammer 40,000: Eternal Crusade is a 3rd-person Massive Combat RPG. Players select one of the factions of the 41st millennium and fight other players for control of an open, persistent world. As they hack their way through content, players claim territory in massive battles and earn the right to customize and improve their characters in a deep progression system drawn from Warhammer 40,000 lore.

Eternal Crusade’s combat is fully action-based – you shoot or swing with a button but whether you pull off a headshot or block that incoming chainsword is entirely based on your skill. In addition, gamepads are fully supported.Both ranged and melee weapons have equal emphasis — as in the iconic battles of Warhammer 40,000. Combat begins at a distance with guns and heavy vehicle-mounted weaponry before progressing to bloody blade-on-blade action with brutal executions.

Both ranged and melee weapons have equal emphasis — as in the iconic battles of Warhammer 40,000. Combat begins at a distance with guns and heavy vehicle-mounted weaponry before progressing to bloody blade-on-blade action with brutal executions.

What I like about this MMO is that it is not subscription based, but a single purchase with microtransaction for cosmetic items to earn themselves a bit extra. They will even have a free mode for you to try it out and see if it's for you.

I am excited to see the Linux version of this.

QuoteBoth ranged and melee weapons have equal emphasis — as in the iconic battles of Warhammer 40,000. Combat begins at a distance with guns and heavy vehicle-mounted weaponry before progressing to bloody blade-on-blade action with brutal executions.

You wrote this two times :)

It seems promising, and I would really enjoy a good Warhammer MMO. That said, good MMOs are hard to produce.
I too like the single purchase system. The last MMO I played that had this system was Global Agenda, but it went free to play (I won't mention TF2 here ;)).
I may be dreaming, but I would love to see the other Warhammer titles ported, like the original Dawn of War strategy games (Dark Crusade, etc...), as well as Warhammer : Spacemarine, and the Dawn of War II games. But that would be a lot of work, and I would understand the use of a wrapper for the original games.
0 Likes

View PC info
As a sucker for W40k things (though still within reason), this is good news. Never expected this one. It's a little sad that companies will target SteamOS, but not older, more mature Linux distros, but if it gets the games onto Linux, then that's what counts in the end.
0 Likes

View PC info
i wold'nt mind if they winewrap those older warhammer games, i would love to play spacemarine and warhammer2 retribution on linux
0 Likes
While you're here, please consider supporting GamingOnLinux on: