With a clear inspiration from Portal, the first-person puzzler HA/CK is out now

Another developer has taken the basic layout and idea of Portal and moulded it into their own puzzler named HA/CK.

While the heavy Portal inspiration is crystal clear complete with turrets, a robotic voice talking to you and sticking blocks on buttons, it does have a number of differences and so the gameplay is quite different. The biggest difference being that you're "hacking" objects to proceed rather than jumping through portals.

Note: Key sent by the developer to our Steam Curator, do follow us there! 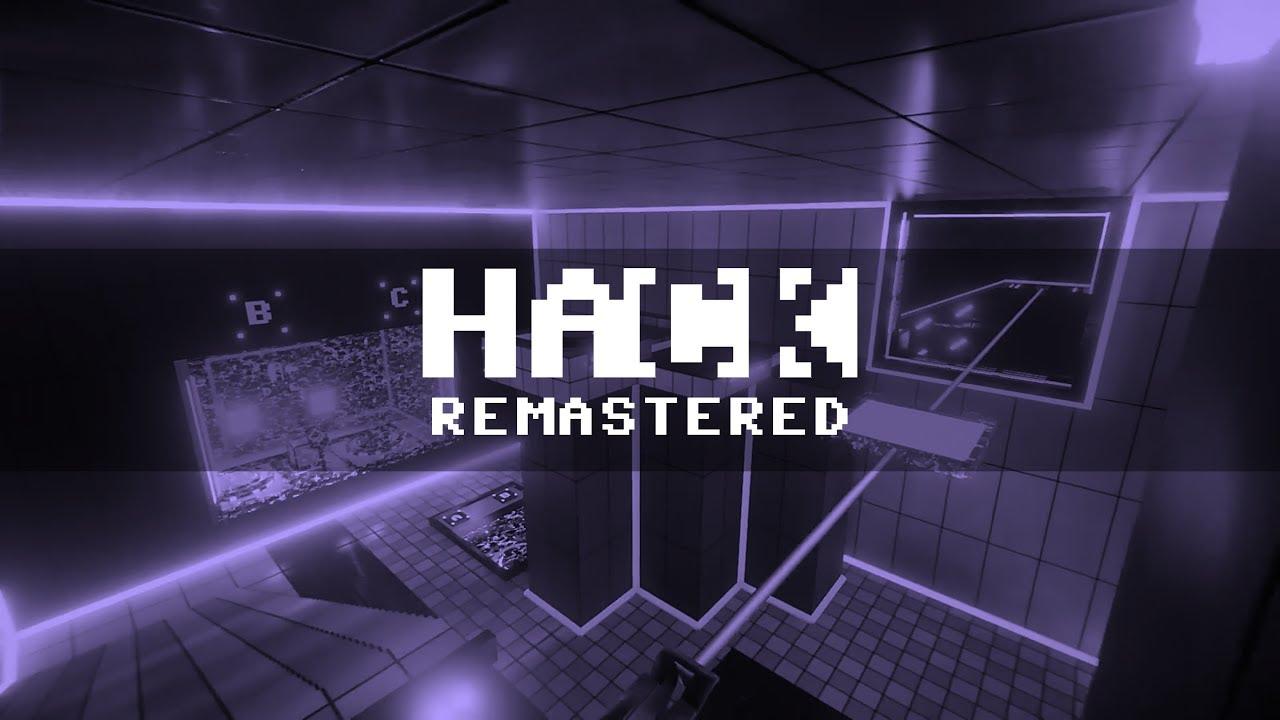 More about it from the developer:

HA/CK is a hacking inspired puzzle game that puts you in the virtual shoes of a deep learning model. To prove your performance alongside all the generations that came before you, you have to solve a series of tests devised by The Programmer. HA/CK was designed with replayability in mind - compete for the highest scores per level or the fastest complete playthrough with your friends or worldwide.

It can be a bit mind-bending, as your hacking tool can hack all sorts of things. You will be hopping from one camera to another, hacking a control panel and quickly moving back against timers. You will come up against turrets, which amusingly you also hack to destroy other turrets.

There's some platforming mixed in too, which I felt was let down a bit by your movement speed in the air which feels way too sensitive. I missed a lot of jumps because of it, which is often fatal since a lot of gaps have an electrified floor waiting for you at the bottom forcing you to restart.

Sadly, the experience isn't perfect. The sound seems to just disappear constantly. Sometimes when first entering a level and sometimes when restarting a level. In the first half an hour, the sound forced me to restart the entire game a good 6 or 7 times so it was really frustrating. The developer is aware of it and they're working to fix it. Other than that, it does seem great. It looks good, it performs very well and the puzzles are quite interesting.

It's actually a remastered version of the free game by the same name, which you can find on itch.io.

Head on over to Steam for the full experience.

Article taken from GamingOnLinux.com.
Tags: Indie Game, Platformer, Puzzle, Steam
6 Likes, Who?
We do often include affiliate links to earn us some pennies. We are currently affiliated with GOG and Humble Store. See more here.
About the author - Liam Dawe

View PC info
That video was a mess. The only thing I got from it was that you manipulate cubes
2 Likes, Who?
no_information_here 19 Feb, 2019

The developer themselves literally said they were inspired by Portal.

Oh, and I am obviously well aware, since I wrote "first-person puzzler" in the title...

You do know that some games can resemble their inspiration more than others right? It's only natural to mention it, as it also helps other people who haven't played it to understand the basic gameplay as well and so on.


We kind of very much do refer to Castlevania when referring to those games. And Metroid. You know, hence the name?

Maybe we need a new genre mashup here. Portal and Castlevania, portalvania. Boom. Antichamber was portalvania. Inspired by Portal, but with progression elements from Castlevania.
2 Likes, Who?

View PC info
Like Portal, this particular game is clearly an FPP, yet so is The Talos Principle which doesn't feel portal-like at all.

Liam, and GoL comrades, I propose we acknowledge a new genre whose name is "portal-like," (in the pattern of "rogue-like.") It would include games such as HA/CK, QUBE, etc., but also non-FPPs such as Bridge Constructor Portal, which isn't an FPP at all, but is obviously a "portal-like."

Ah, sorry my sarcasm didn't come over well. I guess my (poorly voiced) objection was the article seemed to be written for someone who had never heard of other first-person puzzle games and this was the very first ever homage to portal. Liam, I know you know better than that, it was just the way it came across to me.

Quoting: NanobangSo, voilà this is an FPP portal-like! :)

Haha
0 Likes
While you're here, please consider supporting GamingOnLinux on: