Zombasite - Orc Schism, the expansion to the action RPG is out adding more content

Here's one I sadly missed, released back in December (oh my!), Zombasite - Orc Schism [Steam, GOG] is an expansion to the dynamic zombie apocalypse action RPG. 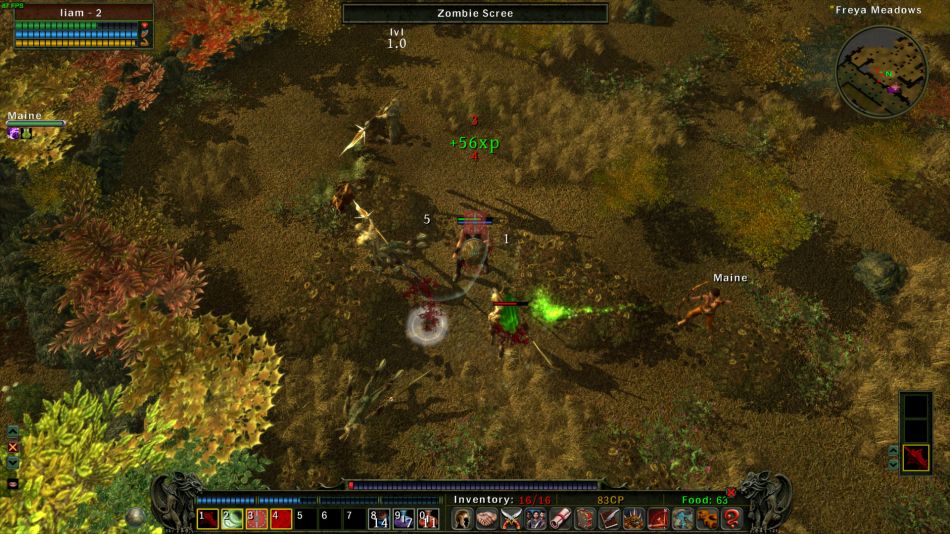 Here's what the expansion adds:

Thankfully, you don't need to reach a certain part of the game to see the expansion. The contents of it are littered throughout the main game. It's a strange game really, it's a survival RPG where you can win or lose through various conditions. You could win by destroying all other clans, solving all the quests, get all clans to ally together or have a huge surplus of food. You can lose the game by losing all of your followers or if your "healthstone" is destroyed.

It's a pretty interesting game, with dynamic gameplay that changes all the time. I was out on a quest for example and suddenly my clan came under attack, I went running back to find some huge ghost-like phantom had broken through our North gate. I had to take it down, replace the gate and then deal with one of my clan members getting infected! Playing as the Bard class from the expansion has been pretty fun, especially with the Illusionist abilities, like being able to make enemies think they've been snared by a trap.

In terms of performance, it's been really smooth. Most of the time sitting at well over 100FPS on max settings. It will dip down a little during heavy fights, but not a huge amount.

For those in need of a new RPG that's pretty different, I would say it's quite interesting. Find it now on Steam and GOG.

The Linux version of Depths of Peril is on Steam, though.
0 Likes

The Linux version of Depths of Peril is on Steam, though.

And I can attest to that too. Also noting there is a playable demo of "Depths of Peril" on Steam, but only the Windows version (doh!).
0 Likes

View PC info
I prefer Drox over the other games, partially because the space is less ugly to draw with an old engime, and more appealing to me. But my main grip with Soldak is the general artistic taste, not the technical engine itself...

Anyway, the games are great, and if you didn't yet, you should play Drox and Zombasite (IMO the previous games are obsolete because Zombasite does everything better).
0 Likes
StevenPeeler 21 Mar, 2018

Quoting: g000hAlso noting there is a playable demo of "Depths of Peril" on Steam, but only the Windows version (doh!).

View PC info
I have Din's Curse. It's fun, but the mechanic of your town gets randomly attacked and the wild RNG just got too much to deal with.
0 Likes

View PC info
Wonder if this is anything like Hinterland.
I use to enjoy playing that back on Windows , quick game , raid a few locations , get more followers in town.
Had plenty of classes and items too.
0 Likes
While you're here, please consider supporting GamingOnLinux on: