Liberapay or Buy us a Coffee. You can also buy games using our partner links for GOG and Humble Store.
WINE Game Screenshot Thread
Page: «2/21»

Quoting: HamishWell, you enjoy what you like. But I just could not get into it, even though I loved the previous two games.

There are some from my screenshot archive:

In the latest edition of "I can't believe that works in Wine!": 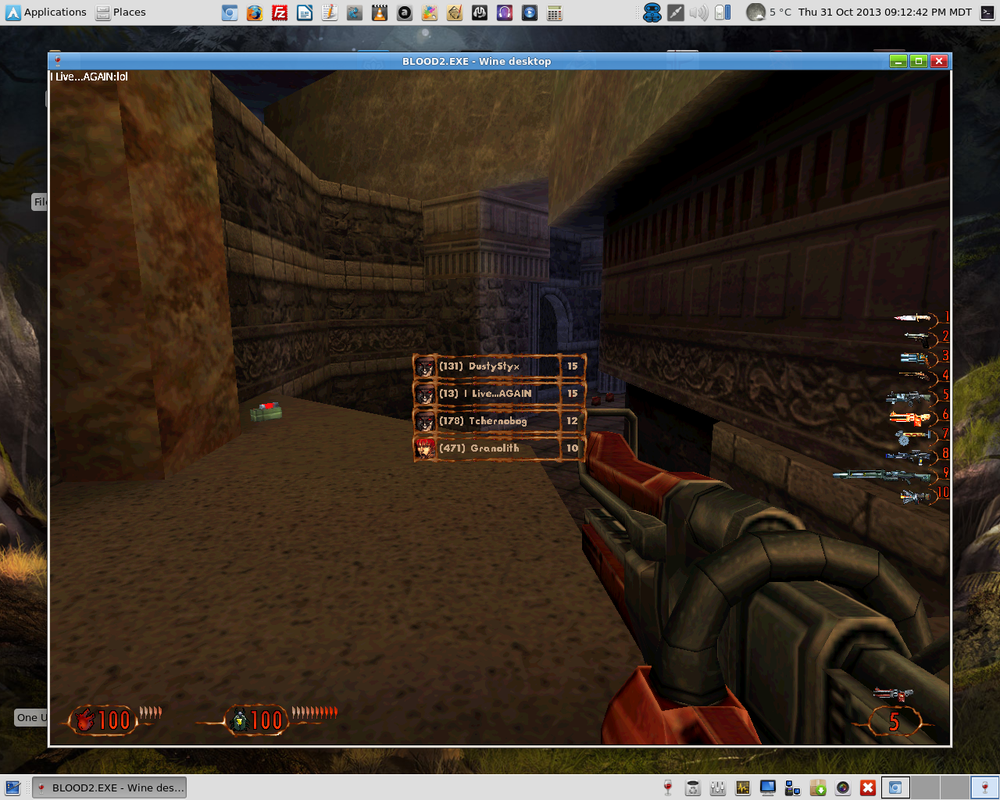 Batman Arkham City running at 1080p. Scaled in half for posting.

i dont do much screenshots.. but you can get many from my videos:

Hi this is my contribution

This is my wine screenshots galleries (since 2009 when begins with blog http://gamesonwine.blogspot.com/)

This is 6 galleries with around 5000 images since 2009 (various when stay as wine maintainer, in this time have around more 100 apps as maintainer)


or if you can see my channel (this is recently october 2013), in this channel have around 750 videos


This is video example

Just me doing the Blood II regression check I do every time I get a new release of WINE:
[url=https://postimg.cc/8792Qqcw] 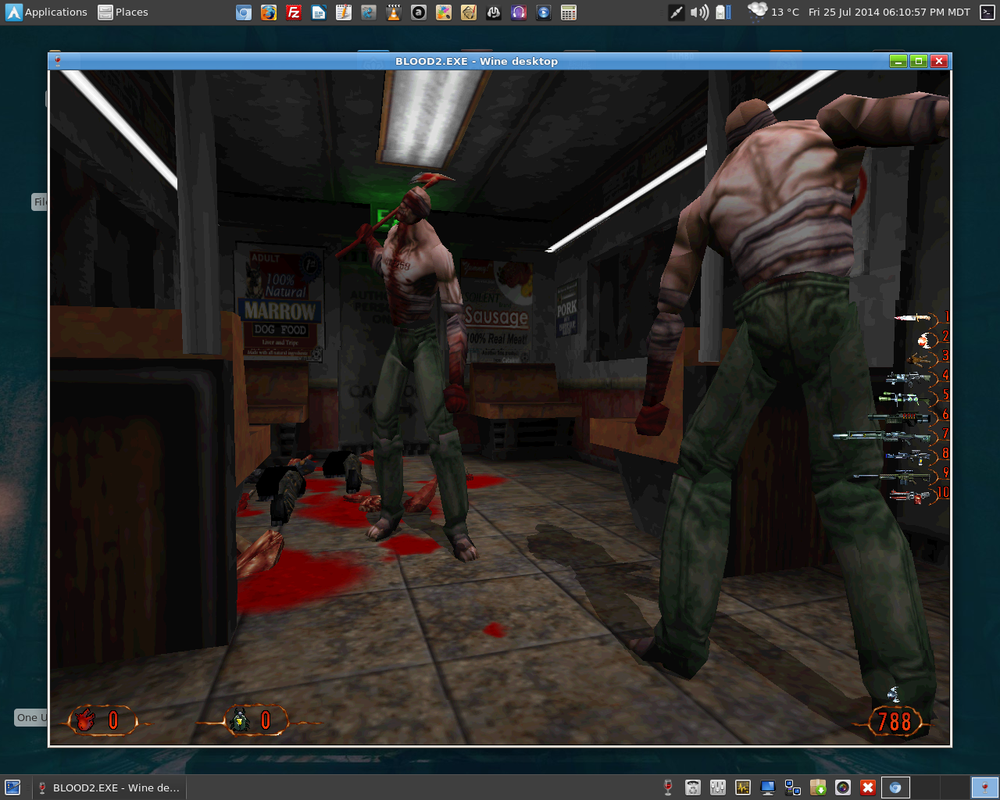 I have finally made it around to trying out Wolfenstein: The New Order. When it came out performance was not so good for me in windows so I decided to wait a while and see what happens after it received an update or two. I loaded it up and updated it in windows yesterday and while it was much better it was the first time I had booted windows in a while because ive had linux games to keep me busy I was quickly reminded how much I'm not a fan :| With my setup, wine is typically just not an option... I need every ounce of power my rig has in windows so losing even a bit of performance to wine is a no go.

BUT! I decided to give it a shot anyhow, seeing as how RAGE ran better or on par with windows as it did in wine when I played it long ago and this being the "same" engine I was feeling good about it. It was super easy to get going and Low and behold! It runs better and smoother in wine than it does in windows at HIGHER settings! WOW! I didn't even think this was possible, but there I was, playing with no stutters, less texture popin, at a higher frame rate than in windows, with some eye candy upped a notch AND my gpus were running a few degrees cooler at the same fan speed. WHAT?! Take THAT winblows!

I hate to say this as obviously a native port should be straight forward (already OGL) if they wanted to do it, and of course I would prefer that. But unless I have some magic unicorn of a machine I would say that a wine wrapped "port" put up on steam for linux would be totally acceptable and I NEVER say that. */me ducks to dodge the incoming flames*

So now onto some screenshots.. I just started playing so I have not made it very far, but I will post some more as I progress. 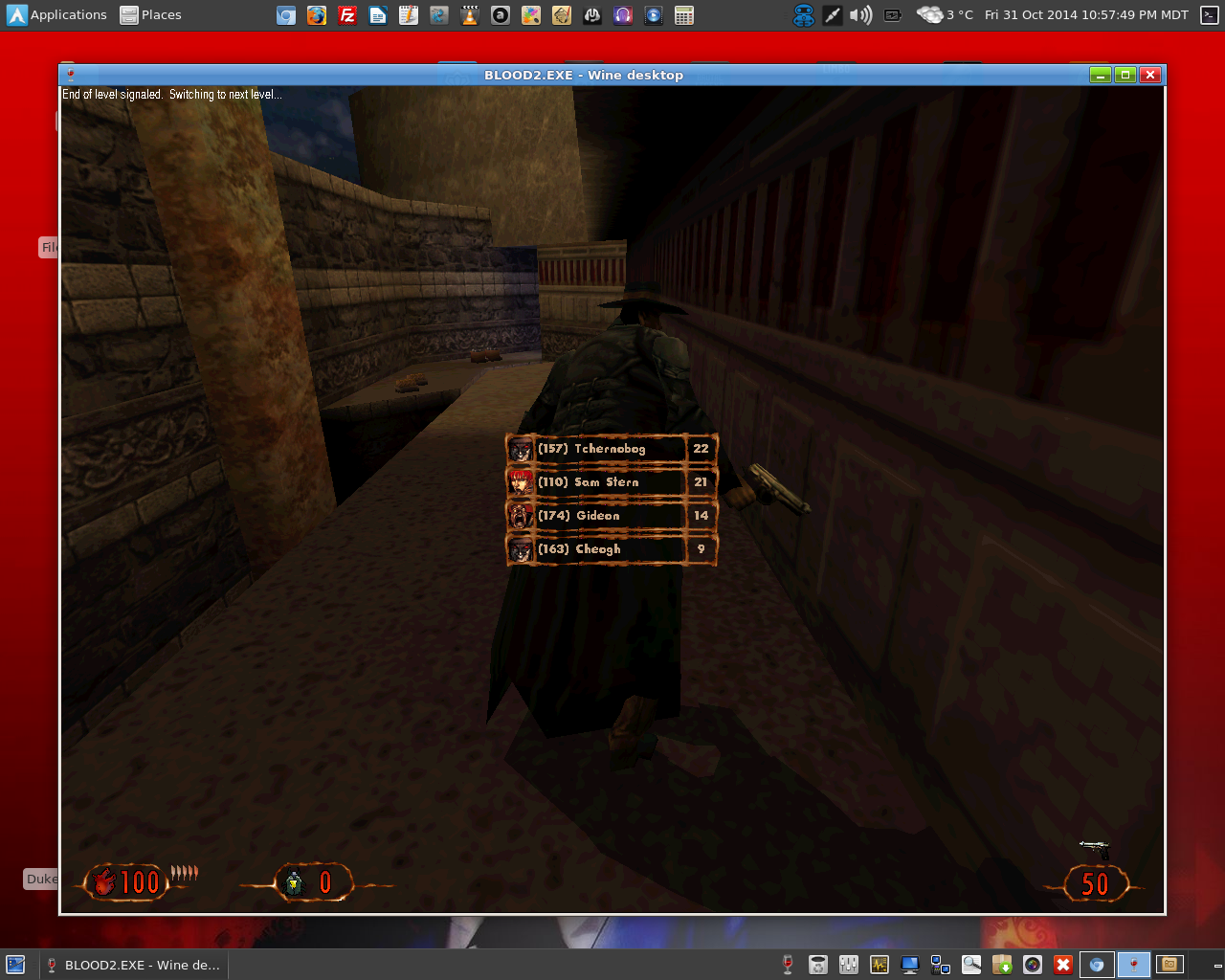 http://www.blood-wiki.org/index.php/Halloween_BloodBath#2014_BloodBath
0 Likes
«2/21»
While you're here, please consider supporting GamingOnLinux on: