Recently I compiled Dolphin (it was my first time using it, and it's been about 15 years since I last compiled anything from source, but it all went smoothly because the official instructions for this are very clear), and have gotten into Mario Kart Wii Deluxe. It's a fan-made mod of Mario Kart Wii that's split into three versions - Blue (which keeps the base roster and adds new vehicles), Red (which gives the base roster new outfits and keeps the base vehicles), and Green (which changes the roster to a selection of characters from other games and keeps the base vehicles); I picked Red Edition because I found the new skins novel, but apparently they're all intercompatible for the included WiiMMFi netplay. 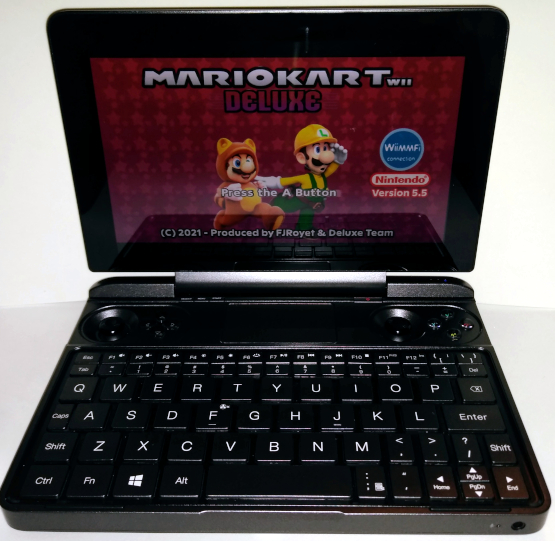 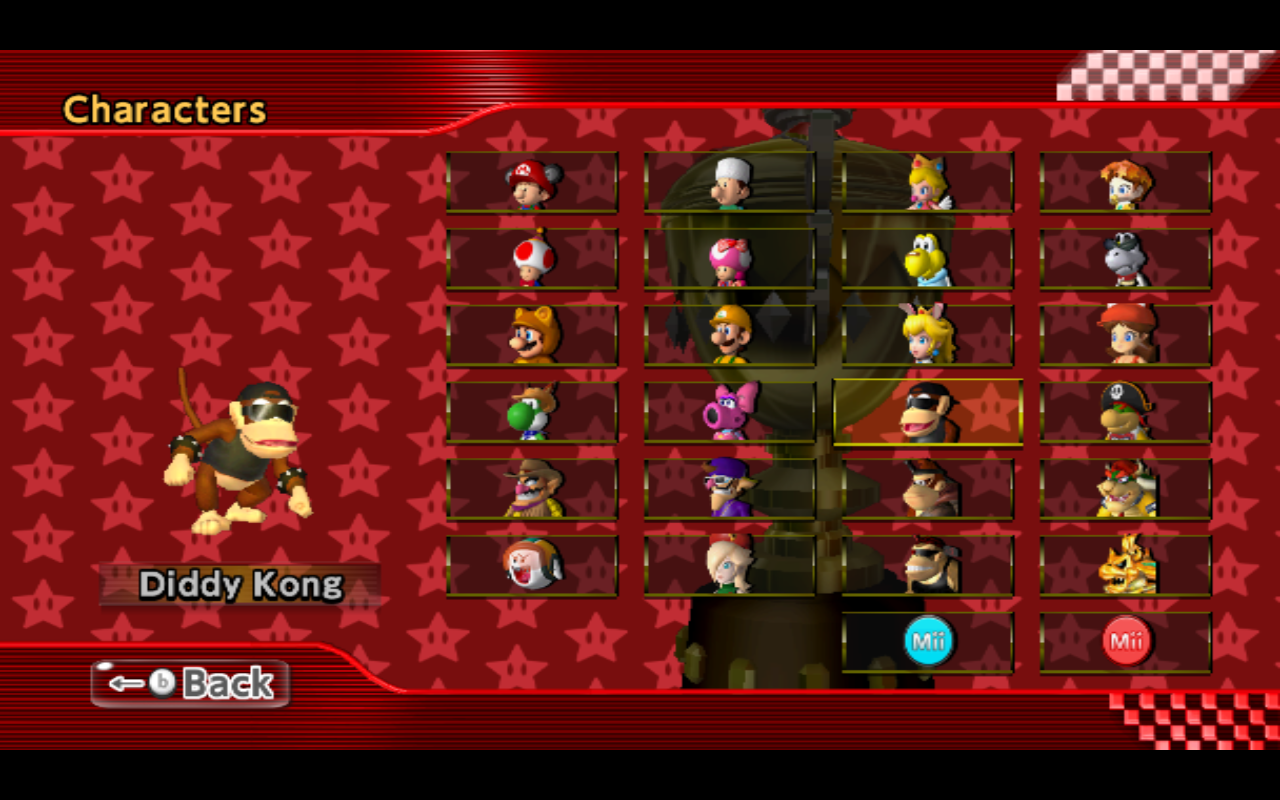 All of the characters have different outfits in this version of the mod. Here is Diddy Kong dressed as an annoying little yob. 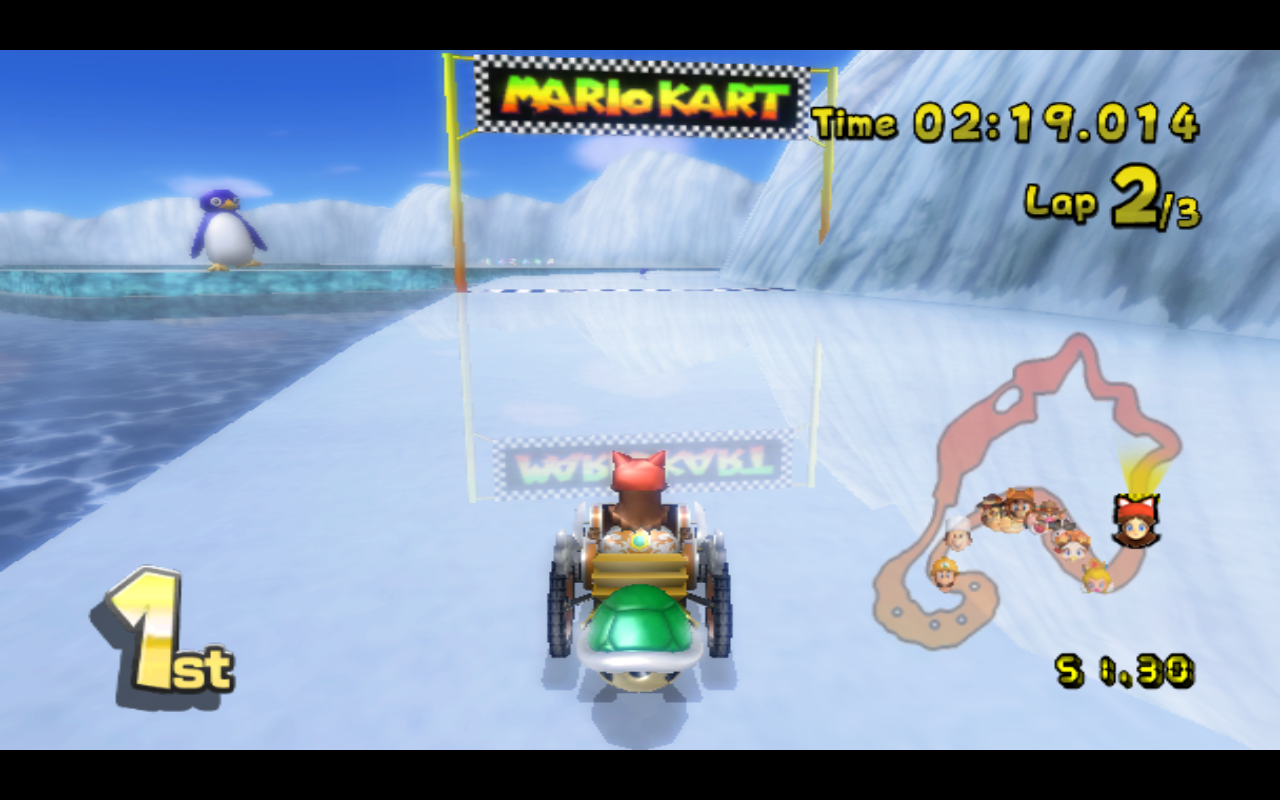 I had to include a penguin somewhere - this is GamingOnLinux, after all!

Of course, the main hook isn't the cosmetic differences, but rather the fact that the mod includes 480 tracks and 10 new battle arenas! It also rebalances the game, which is a plus because, as anyone who's familiar with Mario Kart Wii will know, there wasn't much of a point to using the karts because the then-new bikes had all of the advantages. People call Mario Kart Wii "the racing game that wouldn't die", and this mod is a testament to that; There's no fussing with building karts from parts with hidden stats that the game won't show you, or having to stock up on coins that can affect your top speed - you just pick what works best for you and quickly dive into the racing.

There's a hell of a lot to get stuck into here, and, in spite of having played the original unmodded game to death over the years (ending up with two original discs along the way), I'm sure that Mario Kart Wii Deluxe will remain in my rotation for a very long time to come. I would highly recommend this one.
3 Likes, Who?

Chuckaluphagus 28 Feb
I love Dolphin, but I've never really gotten into trying any of the extensively modded games. This looks interesting, I'll check it out when I have a moment.

Building Dolphin from source has worked well for me, too, using the provided instructions. When the incorporated mGBA last year, the build was suddenly failing, but I posted a quick note in the forums describing the situation. A dev responded almost immediately with an extra instruction, which was then also added to the instruction page. Dolphin is a great project.
1 Likes, Who?

Quoting: ChuckaluphagusI love Dolphin, but I've never really gotten into trying any of the extensively modded games. This looks interesting, I'll check it out when I have a moment.

As much as I enjoy messing with the real hardware to get mods up and running, I like having the option to run this stuff on other systems as well. In many ways, it's a lot less fiddly, even with compiling being part of the picture.

Anyway, I'd be interested in your thoughts on it, once you've tried it!

Quoting: ChuckaluphagusDolphin is a great project.

It really is - I've been super-impressed by how clear the menus and documentation are, and by how well it all works.
0 Likes
While you're here, please consider supporting GamingOnLinux on: