Liberapay or Buy us a Coffee. You can also buy games using our partner links for GOG and Humble Store.
Bomberland (Commodore 64 homebrew) 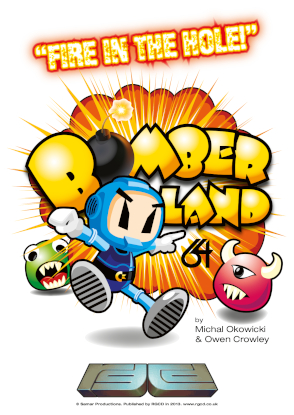 I've just been checking out Bomberland, which is a Bomberman clone for the Commodore 64 - a system that didn't get an official Bomberman game (or "Dynablaster", as it would've been in the UK back then) back in the day. Trailer here.

It's available as a free download from the publisher's Itch.io page, as either just the C64 files, or those files bundled with the VICE C64 emulator for various OSes - Linux included. Both zip-files include a ".crt" cartridge file of the game, a disk-image for saving to, and goodies like PDFs of the manual, a poster, a sheet for writing down level-passwords, and a "Monster Sheet" that showcases all of the game's enemies in the style of trading-cards, which is nice. 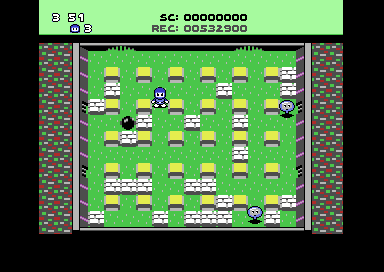 Unsurprisingly, it plays like you'd expect a Bomberman-style game to play, and it has obvious influences from the well-loved SNES installments (and nice animations to match). There are some neat little touches that might throw existing Bomberman fans off-guard, too, including enemies spawning from Skull panels if you blow them up (something harmless that you would usually instinctively do to get these power-down items out of your way), which I haven't seen before in any of the official titles that I've played. The music is great too, with remixes of familiar tunes run through the distinctive SID chip.

It has a 36-level single-player mode, and also offers the iconic battle-mode for up to five players (four on joysticks through a multi-tap, plus one using the keyboard) though I haven't gotten to try that out and I don't know if it's supported under emulation.

For a freebie, this is a really nice game. Apparently it was a long-running passion-project, and it shows.
1 Likes, Who?

Awesome I just downloaded it will give it a shot later.....

Thanks for the info :)
1 Likes, Who?
While you're here, please consider supporting GamingOnLinux on: