The Beta originally cost $9.99 but it was a mistake it is now priced at $4.99 half the price of the finished article.
I have now been playing this game for a good while now and thoroughly recommend any one to purchase it right now and help shape the game through feedback to the developer.
Also it would be nice to have some one from this site on my side to back me up against prats like this, who dismiss an idea in shear bloody mindedness. :x
What annoys me most is for the sake of one person disagreeing the idea probably will get rejected.
http://www.galcon.com/forums/43/44/3890/?cur=0#49799 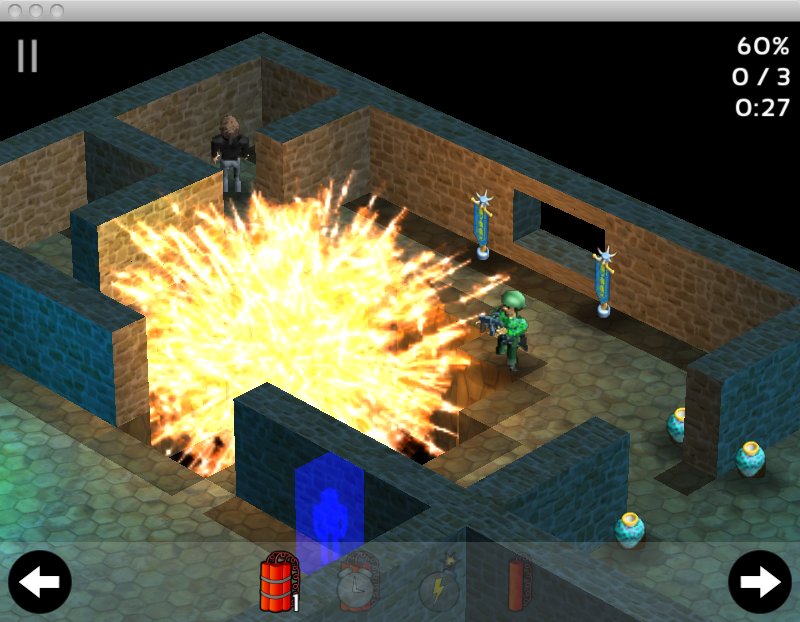 Apparently the graphics are not the same as those that will be used in final product and have just been cobbled together for the Beta.
0 Likes

You are having to decide if a fully blown gamer who solely runs LINUX to game on is mad or not?

Quoting: RustyboltsYou are having to decide if a fully blown gamer who solely runs LINUX to game on is mad or not?

Hey, I did not really become a fully blown gamer until I switched full-time to Linux. :P
0 Likes

Added it to the GOL database.

Will play more tonight or over the weekend and see what I think :)
0 Likes
Rustybolts 26 Nov, 2010

Yeah it shows great potential but needs more levels, (obviously) features / items and a more interactive environment (light switches, doors etc) and it could be great.
0 Likes
While you're here, please consider supporting GamingOnLinux on: