Darkest Dungeon was launched last week supporting only Windows and Mac. However, as per their Kickstarter promise made in early 2014, Canadian developer Red Hook Studios has now outlined their intention to bring the title to Linux as a "short term goal".

Aside from bug fixes, a bunch of other stuff is in the works for the near future:

Kickstarter Backer Trinkets: these are done and being QA’d. We expect them to deploy within a few days!
Gameplay tweaks: now that we’ve been able to watch and collect some data regarding the endgame, we have a few gameplay tweaks planned that should help reduce some of the grind that occurs in mid and late-game.
Credits: in addition to crediting ourselves for all of our hard work (har har), we will soon be adding the Kickstarter Backer credits in game ($20 tiers and higher).
Linux: This is in work and we’ll announce a date as soon as we know how long it will take.
March 8th Update: Town Events, the Merchant, and the Musketeer (Adventurer Tier Kickstarter reward class). Circle your calendar–these new features are planned for that day!

Having spent just over a year in Steam's Early Access, the Steam reviews are swinging wildly from extremely positive to scathingly negative on this unusual roguelike-RPG. That said, its 1500 or so negative reviews are outnumbered nearly 10-1 by positive and if you factor in the near universal industry praise, we should definitely be looking forward to having this challenging game on Linux. 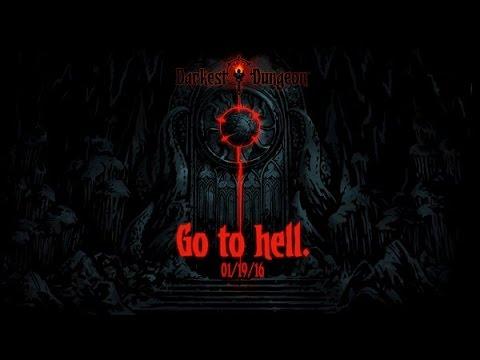 YouTube videos require cookies, you must accept their cookies to view. View cookie preferences.
Accept Cookies & Show   Direct Link
Hopefully this news also makes at least one GOL reader happy: Feist has commented on this title a few times over the months, most recently just before Christmas, expressing the hope that this would launch in time to make the Santa deadline! That wish didn't come true, but hopefully we won't have long to wait!

As always, the standard warning applies: If you game solely on Linux, then DO NOT buy this game until the Linux version is out. Plans change, bad things happen and you don't want to be left out in the cold. Wait until the official release!

About the game (Official – Steam)
Darkest Dungeon is a challenging gothic roguelike RPG about the psychological stresses of adventuring. You will lead a band of heroes on a perilous side-scrolling descent, dealing with a prodigious number of threats to their bodily health, and worse, a relentless assault on their mental fortitude! Five hundred feet below the earth you will not only fight unimaginable foes, but famine, disease, and the stress of the ever-encroaching dark. Darkest Dungeon focuses on the humanity and psychological vulnerability of the heroes and asks: What emotional toll does a life of adventure take? Article taken from GamingOnLinux.com.
Tags: Dungeon Crawler, Roguelike, RPG, Upcoming
0 Likes
We do often include affiliate links to earn us some pennies. We are currently affiliated with GOG and Humble Store. See more here.
About the author - scaine

I also dabble a bit in Python, I do Internet Security for a living and finally, I'm a big fan of Neil Degrasse Tyson. And not just because he has a cool first name.
See more from me
Some you may have missed, popular articles from the last month:
The comments on this article are closed.
15 comments
Page: 1/2»
Renzatic Gear 1 Feb, 2016
It up on GOG, so the DRM-free promise looks to already be covered.

Quoting: Renzatic GearIt up on GOG, so the DRM-free promise looks to already be covered.

Great catch. In addition to the tweets and forums searches, I also visited their webpage where "Purchase" takes you directly to Steam and finally a Google search for "Darkest Dungeon DRM-free" which highlighted a wishlist item on GoG, but not the title!

I even searched Humble and found the title, but on Humble, it's just a link to a Steam key.

Very odd. Thanks for pointing that out though. The article's been updated to remove the DRM reference.

best news of 2016! insta buy for me, i am after all a sucker for turn based strategy.
i can hardly contain my enthusiasm!

Quoting: scaineVery odd. Thanks for pointing that out though. The article's been updated to remove the DRM reference.

Though the same thing happened to me when I googled it up. The first link isn't to the game, but the wishlist. The only reason why I kept looking past that was because I vaguely recalled seeing it on GOG's front page back when it first came out.

View PC info
All great news and so on but tbh the only game I want to play in 2016 is Street Fighter V and no news for it and not even a SteamOS/Linux icon on pre-orders yet..... Should I worry a bit :( ??

View PC info
I'm really looking forward to this game, played it already at my friend, but did not want to buy before actual Linux release. Hopefully they do not release it to soon, as I still grind through Diablo's Season 5 Journey ;)
0 Likes

Quoting: wolfyrionAll great news and so on but tbh the only game I want to play in 2016 is Street Fighter V and no news for it and not even a SteamOS/Linux icon on pre-orders yet..... Should I worry a bit :( ??

View PC info
I binged on watching people stream this. It's so so so good. Can't wait. :D
0 Likes

View PC info
It´s great that we can finally see some movement on the Linux-front with this title.

Ever since the kickstarter for "Darkest Dungeon", I´ve been really eager to try this game and I hoped that it would become available in "early access" but that was a no go. If I dare to hope that it shows up during late february, then this would be a great month (with both XCOM2 and Dying Light:The Following soon to come). Still that might be a bit too optimistic but with the above mentioned titles (and the Agatha Christie adventure), March would be fine as a release month as well.

There has been a bit of negativity during the "ea" period for the game, I think the gist of it, is that the development has made the game more challenging/frustrating for players with a bit too much "grinding". Obviously, I don´t know how I´ll feel about that yet but everything I´ve seen from it makes me fairly certain that this game will be a lot of fun to play until the frustration (hypothetically) kicks in.