Action adventure Buck is back on Kickstarter with Linux demo, plus crowdfunding round-up 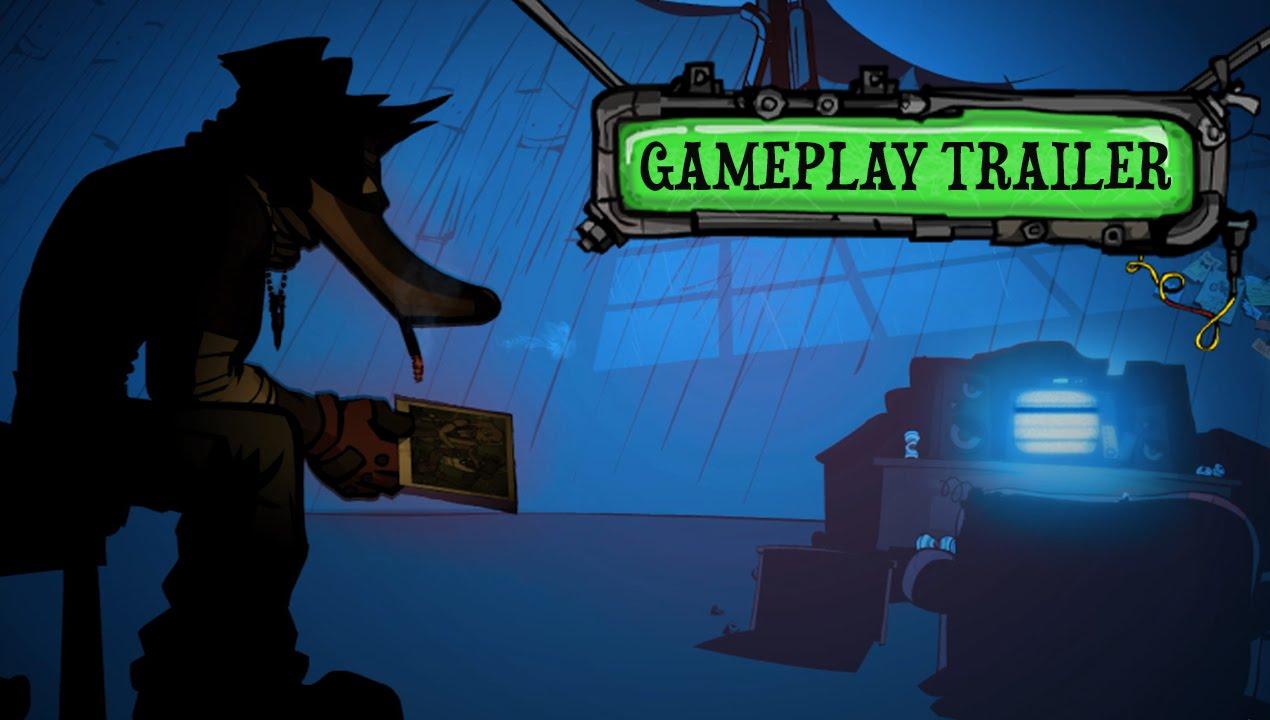 The demo, which is available from the campaign page, contains some story and dialogue, a tutorial and a longer mission; and should give players a good idea of what to expect from the full game. What especially appealed to me in the demo is how the balance between gun-fighting and hand-to-hand combat works. You start out with two different firearms; a gun with multiple rounds per clip and a shotgun, which packs a punch, but only has two clips and is slow to reload. In addition, you also have a melee weapon you can swing at enemies, but you can usually only get one good hit in before you're overrun by enemies. Your most nimble weapons are your fists—or paws rather—but you need to have evened the odds out a bit before it gets to that.

Sounds interesting? Take a look at the Kickstarter campaign.

There are also several other crowdfunding campaigns which are targeting Linux as a release platform at the moment. Here are a few that might be of interest:

From left to right, COLUMNAE: A Past Under Construction, Mongrel and Escape from Pleasure Planet. (Click to enlarge.)
COLUMNAE: A Past Under Construction is a steampunk point-and-click that looks stellar and should have had an article of its own, if only I'd have time to write one. Developer Moonburnt Studio is off to a good start, but they need all the help they can get to make it across the finish line in four weeks' time, and they also have a project up on Steam Greenlight.

Mongrel is a 2D action platformer, inspired by Conker's Bad Fur Day, The Legend of Zelda and various metroidvanias. Developer Fischmell has been on Kickstarter with their game before, but the campaign seems to lack the bit of spark it takes to keep the pace up throughout the funding period, so it's not looking too promising at the moment.

Escape from Pleasure Planet is the gay Sci-Fi follow-up to My Ex-Boyfriend the Space Tyrant. The game has already been funded, and will be available DRM free and on Steam.

From left to right, Best Buds vs Bad Guys, Eldet and Wizard of Legend. (Click to enlarge.)
Best Buds vs Bad Guys is the dad-and-son developed run 'n' gun platformer that was covered here on GOL last week. They've only scraped together half of their goal with just one week left; but with such a low target, a gentle push towards the end of the campaign is all it would take to get it funded.

Eldet is an 18+ medieval fantasy themed VN with LGBT characters and people of color. It has already more than tripled its original funding goal, and has a multi-platform demo available for Linux, Windows and Mac.

Wizard of Legend is another fantastic looking game that I wish I'd dedicated the scope of an entire article to. It's a fast-paced 2D dungeon crawler with impressive spell-based combat mechanics, and it also comes with a Linux demo.

And that's all I have, unfortunately, but feel free to share other campaigns you have come across in the comments. Article taken from GamingOnLinux.com.
Tags: Action, Adventure, Crowdfunding
0 Likes
We do often include affiliate links to earn us some pennies. We are currently affiliated with GOG, Humble Store and Paradox Interactive. See more here.
About the author - flesk

View PC info
Here's another one:

View PC info
This is epic.

Go ahead, you know you want it.
0 Likes

View PC info
I wish the aspect ratio wasn't completely off though. :|
0 Likes

Femida is a game where you play a judge who has to interview different witnesses, defendants, etc and decide if the party is guilty or not. There is a demo available on the page and only 27 hours to go. Even if they don't make it they will try again soon. I'd give the demo a try if it sounds interesting.

Mongrel looks good, i'm waiting to hear back from the developers to see if they plan a DRM free version.
3 Likes, Who?

BFF or Die - Co-op stage puzzler for 1-4 players. Has an alpha demo on itch.io that I played a while back. I played it alone (one character per stick on a gamepad, if I remember correctly), but it seemed like a game that would be most fun with local co-op.

Beans: The Coffee Shop Simulator - It is what it sounds like—a coffee shop tycoon, where you manage your coffee shops and train your staff to unlock new coffee drinks that they can make.
0 Likes
While you're here, please consider supporting GamingOnLinux on: