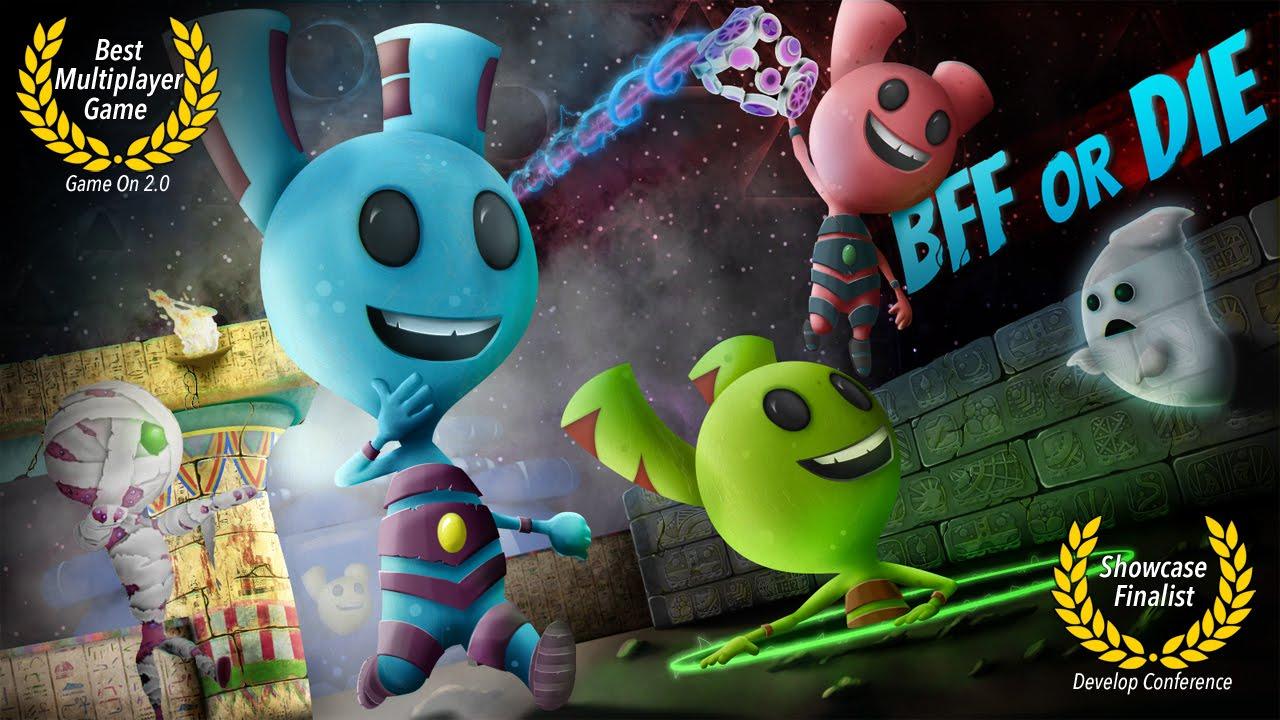 YouTube videos require cookies, you must accept their cookies to view. View cookie preferences.
Accept Cookies & Show   Direct Link
BFF or Die is an tactical action puzzler for 1–4 players, where four aliens travel through time in a faulty ChronoCrosser, and are stranded in ancient Egypt. To survive, they need to work together to fend off monsters, like ghosts and mummies, and pick up every energy sphere that are scattered across each level. To aid the players tasked with the dangerous job of picking up spheres while dodging foes, others will take control of devices mounted to their time machine, like lights, decoys, teleporters and more. No player is safe though, so they'll have to work together to succeed.

This game is easy to pick up (and in fact, you can do so yourself by downloading the demo on itch) thanks to the intuitive control scheme. There's movement plus a single button, which is used both for actions and for leaving the machine, either to help out on the field or to take control of another device. Each player is controlled with WASD or arrow keys on a keyboard, or one of the sticks on a gamepad. There can be two players per peripheral, which is how you play if you're playing alone. Some levels can be very hectic, especially in single player, while others give you plenty of time to consider your options. If you fail a level though, you just start over, and once you've got it sorted, a high-five with your team mates will take you to the next level. 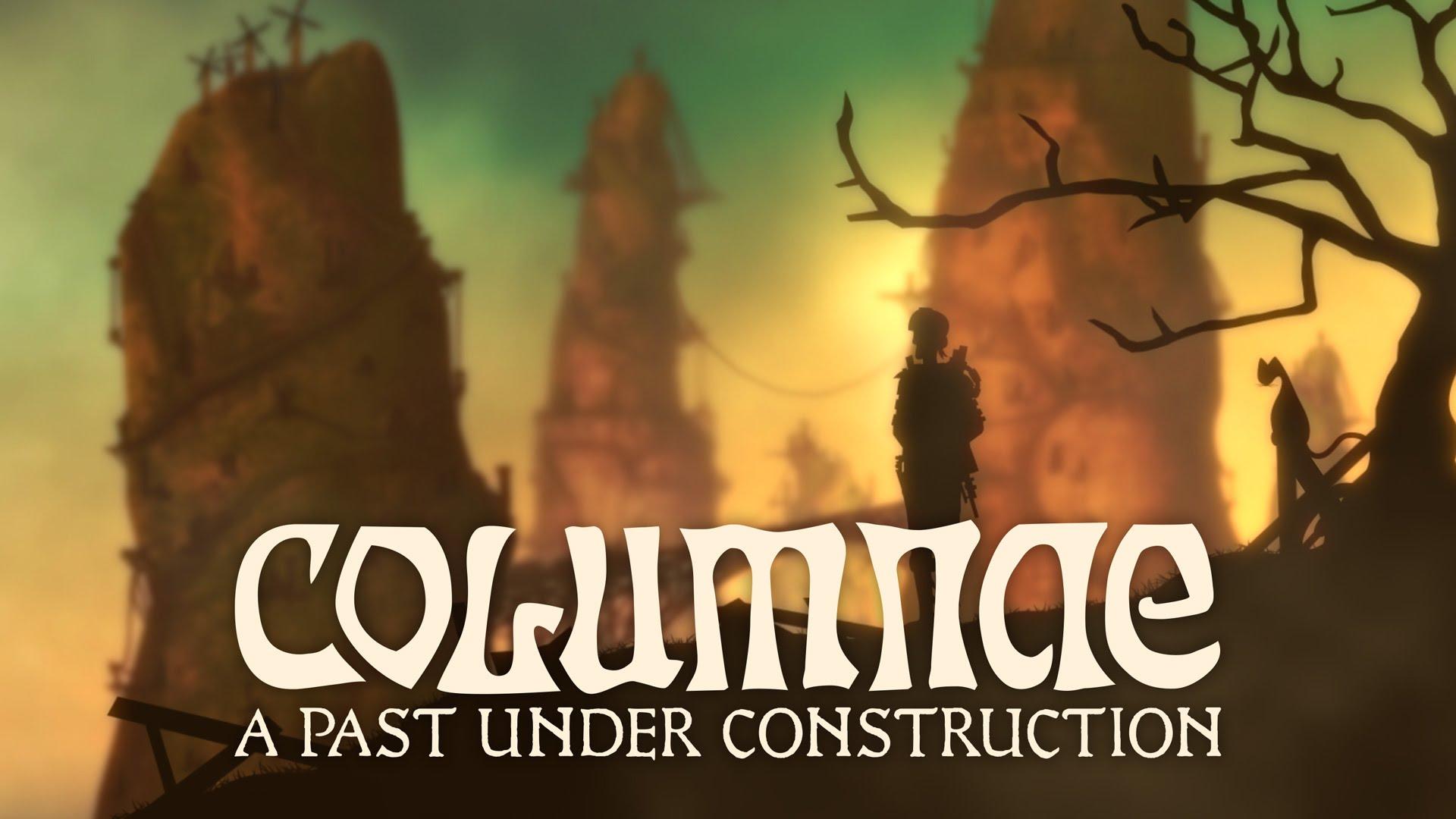 YouTube videos require cookies, you must accept their cookies to view. View cookie preferences.
Accept Cookies & Show   Direct Link
COLUMNAE: A Past Under Construction is a non-linear point-and-click adventure set in a steampunk world, where the air on the surface has become unbreathable. The story takes place in Columnae, a poor and corrupt settlement located between the wealthy settlement Deus and the huge underground apparatus Machina, which was made to extract resources for the rich. The gameplay is inspired by classics like Monkey Island, but chapters are not in chronological order, and choices you make in one affect subsequent chapters, and ultimately lead to one of eight completely different endings.

Before playing the experimental Linux build of the demo that was provided me by the developers, I expected a primarily choice-driven cinematic adventure of the type that has become so popular over the last few years. What I experienced, however, was something much more rooted in the trappings of the adventure game classics. The main puzzle of the demo has you crafting a new item from three other items in your inventory, and requires several individual steps to complete, including a dialogue puzzle. You get a good sense of the atmosphere of COLUMNAE by talking to characters and examining the environment, and it's a game world I look forward to exploring more of. It will also be interesting to see how choices and non-linearity will fit into this.

I wrote about the Buck demo two weeks ago, and I'm happy to say that the campaign was funded.

Since then, we have written about the System Shock remake and the HaxeFlixel game framework, but there are also other campaigns that have caught my attention and still need funding: 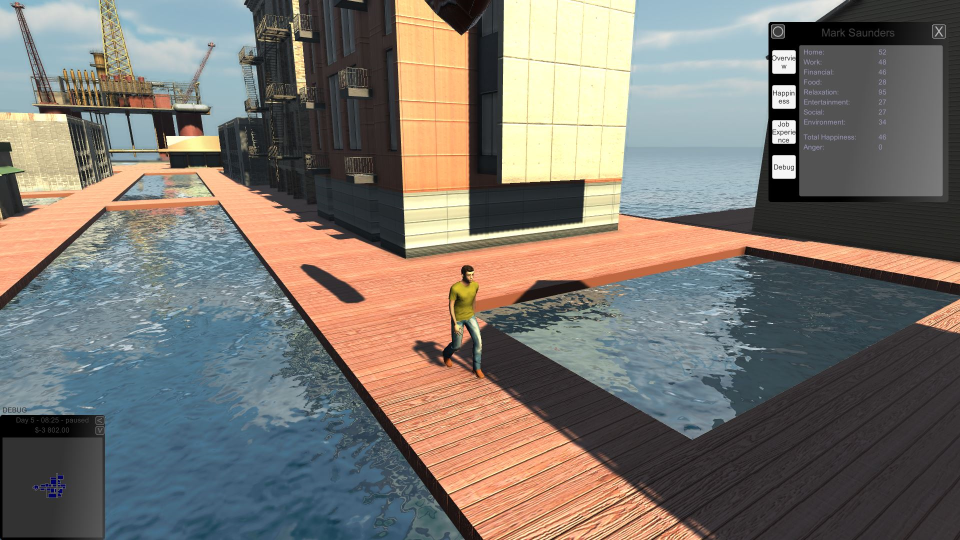 Seasteader is a sandbox city building and management game where you build a community at sea. The game is inspired by classics like Pharaoh and Caesar III, and will be similar to Banished and the Tropico series. The game is designed to be as difficult as you want it to be by letting you micromanage everything if you want to, or by automating things you don't want to deal with. Seasteder is also on Steam Greenlight. 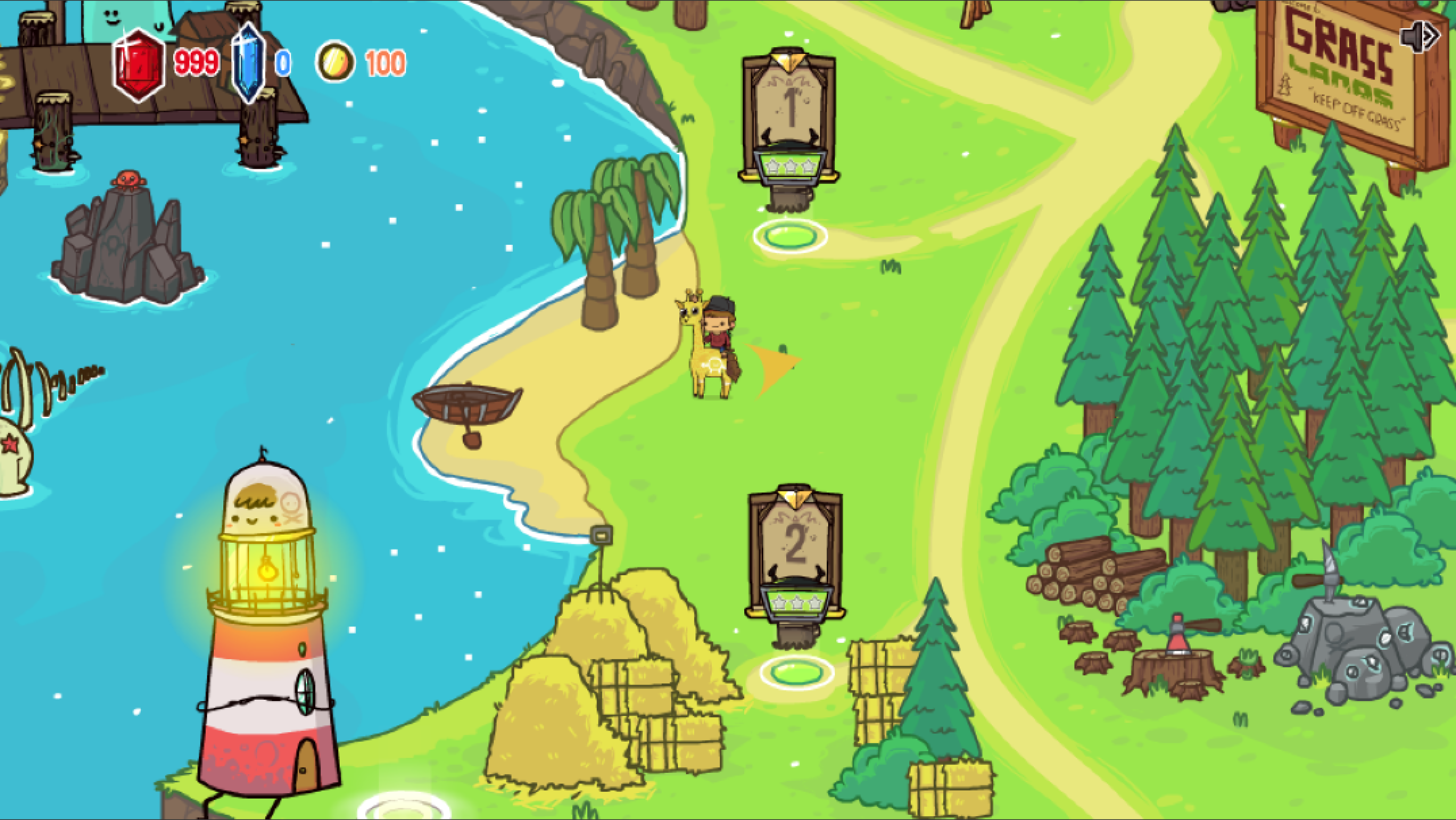 The Adventure Pals is an adventure platformer about friendship, exploration and riding giraffes. It has been inspired by Adventure Time, Castle Crashers, Zelda 2 and Banjo Kazooie, and will be packed with platforming, mini games and quests. It will also be possible to play couch co-op with family and friends. Adventure Pals is also on Steam Greenlight.

Other campaigns that have come to my attention are exploration RPG Glitched and co-op puzzle platformer Grave Danger. Article taken from GamingOnLinux.com.
Tags: Crowdfunding, Editorial
0 Likes
We do often include affiliate links to earn us some pennies. We are currently affiliated with GOG, Humble Store and Paradox Interactive. See more here.
About the author - flesk