Feral Interactive are teasing something for Linux next week

Update: Total War: THREE KINGDOMS is now announced, we're unsure if it's related to this but still worth noting.

As if we haven't had enough teasers from Feral Interactive already, they're at it again today so what do we think is going on?

macOS and Linux fans, hold on to your novelty video game-themed baseball caps. Big things are happening. Let’s meet back here, this time next week, and reflect on it all...

While including a lovely picture of a big cat (like their logo) and that's all that was said.

I'm going to assume this is either a game about to be released or they're going to reveal the actual games they've been teasing lately. We know they're porting Total War: WARHAMMER II but there's two other Linux ports they've teased. They seem to be moving a bit quicker with things lately, especially since they only released Life is Strange: Before the Storm for Linux two weeks ago.

The other two teasers currently on their port radar (as a reminder) are these two: 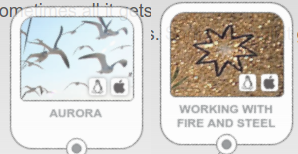 While they've often done teasers for new games, teasing something so vague like this on their social networks telling us to stick around is certainly new. I'm not sure I can handle all this excitement! What do we all think this is then?

Article taken from GamingOnLinux.com.
Tags: Feral Interactive, Teaser
25 Likes, Who?
We do often include affiliate links to earn us some pennies. We are currently affiliated with GOG, Humble Store and Paradox Interactive. See more here.
About the author - Liam Dawe

Edit: I can totally understand trolling us like this, I would be sitting there giggling with them any day :D

View PC info
To replace Feral's radar they will announce a collaboration with Artifex Mundi to develop an Hidden Object game where you will gather clues for discovering the next games they will port on Linux & Mac (a new level is unlocked for each new announcement)! ^_^
7 Likes, Who?

View PC info
I hope it's a baseball or sports game then, because I don't like the style and I wouldn't be so tempted to buy it. My wallet is already beaten and spoiled.
1 Likes, Who?

View PC info
You can approach it from a gloomy perspective as well. "Reflect" on the good run they had now that it's al about to end. :P

How dare they put something of little informational value in our putrid sea of toxic waste! :><:
13 Likes, Who?

Quoting: GuestThis is so stupid... Just reveal it already. Or don't talk about it at all until the games are released and we can buy them. What is the point of polluting our social media with vague stuff with no solid info?

"Vague stuff with no solid info" is extremely effective. Here in the US we literally had a successful presidential campaign based on "Make America great again."
4 Likes, Who?

View PC info
Their reply to me was...interesting "It? So you think it's just one thing?" :D
9 Likes, Who?

Quoting: liamdaweTheir reply to me was...interesting "It? So you think it's just one thing?" :D

View PC info
You know what would be fun: Confirming Life is Strange 2 is coming, with a release of The Awesome Adventures of Captain Spirit.
9 Likes, Who?

View PC info
I actually like these kind of things. They get the forum/web moving, more user interaction and the community seems livelier. It is also a fun excuse to procrastinate at work haha.
6 Likes, Who?
1/6»