Heads up game developers, Godot Engine has another release that needs some testing with 3.1.1 getting a first release candidate.

This is mainly a clean-up of issues found after the huge advancement that Godot Engine 3.1 was when released last month. Godot 3.1.1 has GLES 3 support for depth textures fixed, GLES 2 crash on older iOS devices was resolved, OS.get_unique_id() was fixed on Android, a HeightMapShape was added to the Bullet physics engine implementation, FPS snapping in the Animation player was added to the engine, AnimatedSprite can now play backwards and more. 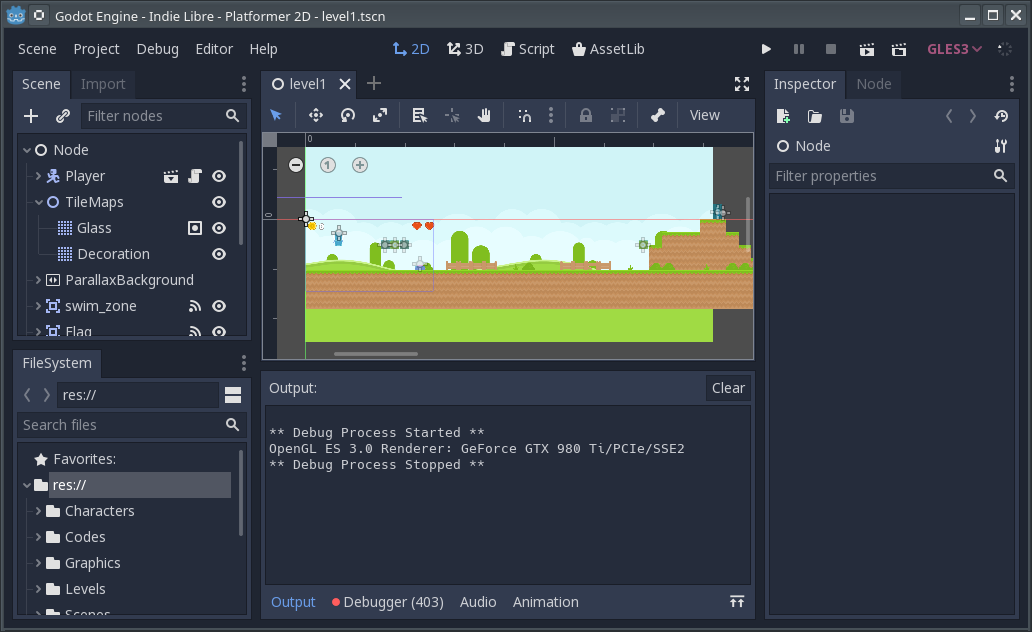 It did have a breaking change for this release due to a fixed security issue in Godot's networking, due to this the GDNative ABI was changed so they say "any native plugins need to be rebuilt for 3.1.1". Interestingly, this isn't just a bug-fix release, as it also has some new audio features from Godot 3.2 backported. Do check out their blog post here for the full info.

The real big work now though is going into Godot 3.2 which is planned for later this year and Godot 4.0 with Vulkan support next year which all sounds rather exciting!

Are you working on a game with Godot Engine? Do let us know about it in the comments, show it off.

View PC info
I hope they are still working on adding Vulkan support.

QuoteGodot 4.0 with Vulkan support next year

Gobo 25 Apr, 2019
View PC info
Not ready to show off, yet. I started learning Godot after the release last month working through fornclake's Zelda-like Tutorial and adopting it to typed GDScript the first weekend. The next one I added multiplayer support as I'd like to turn this into some kind of linked race mode like the A Link to the Past randomizer races you might have heard about. But I want this one to feature the two action buttons with item assignments as seen in Link's Awakening instead of the single button item assignment of A Link to the Past. And Rock's Feather for some mad jumps of course!

Right now all the features of the tutorial I mentioned are working (except enemy freezing, see below) for both players, each one going through their own dungeon without interfering with another, but having a ghost visible where the other player is moving. Getting the initial network connection working is very straightforward, but making the player entities work as expected took some tinkering.

The one thing I was not able to get working in Godot 3.1 is starting entities in paused mode and only wake them up once they are in the area of the camera. Earlier versions of the engine allowed for overriding constants in derived classes, but 3.1 throws errors and won't start those scripts. So right now all enemies are roaming the level even outside of your field of view and are able to move into different rooms.

The Godot editor interface changed in a lot of places, but it only takes a few moments to hunt down the functionality in the new one when working with older tutorials. I'm impressed by this software and really like working with it!