Boxtron, a Steam compatibility tool to run games through a native Linux DOSBox

Here's something that's awesome! Thanks to the new features in the Linux Steam client that came with Steam Play, you can add in other compatibility tools to run games through and Boxtron is one such tool.

Boxtron enables you to use a native Linux build of DOSBox, to run games with just like you would with Steam Play's Proton. This does give a number of benefits, as the developer listed:

You simply install it with the very simple instructions on the GitHub, which is simply creating the "compatibilitytools.d" folder (if it doesn't already exist) in "/.local/share/Steam/" and then stick in a Boxtron release into a folder named "boxtron".

This will then enable you to select it as your choice tool, like my example here with X-COM: UFO Defense, a game that doesn't have Linux support officially: 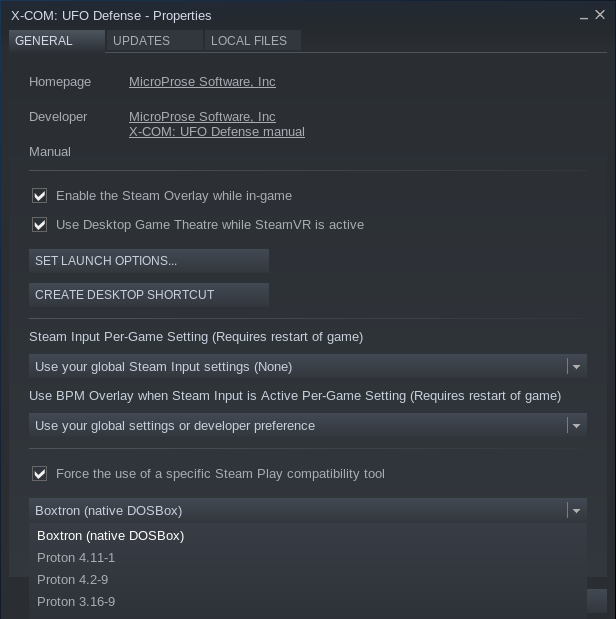 Then when you run it, all is great and it's using a properly up to date Linux version of DOSBox: 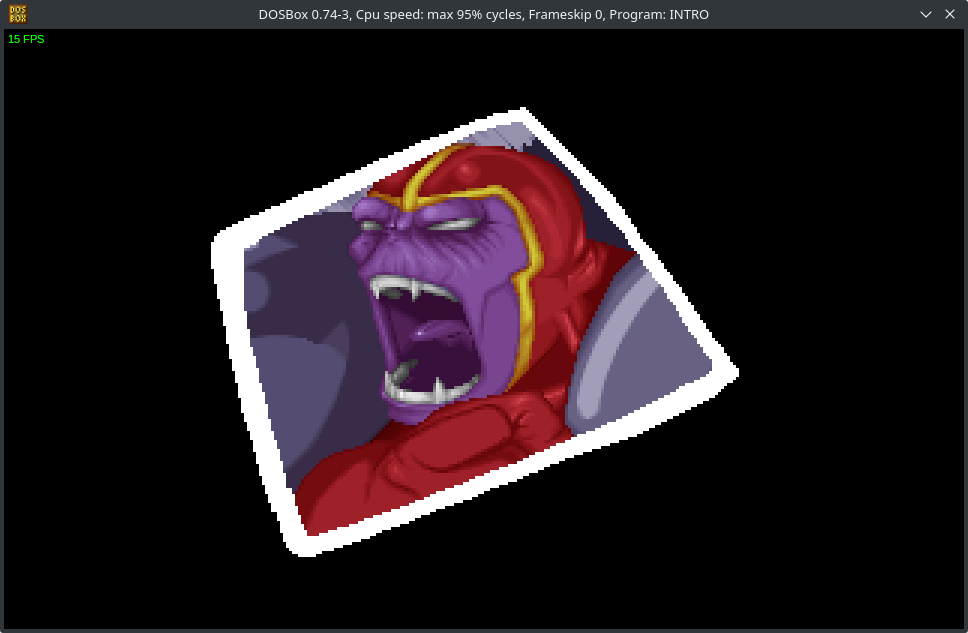 Valve actually responded (and agreed) to a feature request from the developer, to add in support for a system-wide location to install extra compatibility tools. The idea, is that Steam will look inside some extra system directories, so you could in future install extra compatibility tools from your package manager which opens things up quite a lot. It would also simplify the experience, allowing you to download a single package to install instead of messing with adding folders, unpacking compressed folders and installing dependencies which sounds awesome

Additionally, the developer of Boxtron is also working on Luxtorpeda, another compatibility tool aimed at running certain games through native Linux game engines. Examples of this would be OpenXcom for X-COM: UFO Defense, ioquake3 for Quake III Arena and so on. This project is currently a work in progress, but also very exciting.

About the author - Liam Dawe
I am the owner of GamingOnLinux. After discovering Linux back in the days of Mandrake in 2003, I constantly came back to check on the progress of Linux until Ubuntu appeared on the scene and it helped me to really love it. You can reach me easily by emailing GamingOnLinux directly.
See more from me
Some you may have missed, popular articles from the last month:
The comments on this article are closed.
42 comments
Page: 1/5»
vipor29 1 Aug, 2019

View PC info
wow! finally i can run my dos games through the steam client that are not supported natively.this is shaping up to be an awesome week for linux.
11 Likes, Who?
anarchist_tomato 1 Aug, 2019
Hey, the original Tomb Raider (not the horrendous reboot) might work now. Cool.
1 Likes, Who?

View PC info
At this point Valve should just hire the Lutris team
3 Likes, Who?

In theory yes, but using the other project, luxtorpeda.

Quoting: HoriCan you install such compatibility layers through Steam? If not, they should definetely make this.

I read the rules about what software is allowed on Steam and it's unclear at this point (with hints saying: no). Anyway, with free-to-use tool, I couldn't recuperate the cost of publishing it. Maybe some arrangement can be made, but I'll look into it again after 1.0.0 release.

Quoting: HoriIt'd also be really cool if Steam could auto-detect which games use DosBox and automatically use this compatibility layer for them.


At the moment it's unfeasible (yet), for a number of technical reasons. Some DOS games packaged on Steam come with modified DOSBox version and do not work well with the vanilla DOSBox (some prolific examples are Tomb Raider, Carmageddon or Screamer), other games use additional Windows-only launchers or other weird solutions. I plan to address these problems one by one, hopefully with the cooperation of DOSBox upstream.

For now, you can configure Boxtron to use any DOSBox fork (or DOSBox built locally with patches) to address specific games you want to play.

Quoting: HoriWhat I also hope is that this will improve controller support. If so, then I could (possibily) ditch my Retropie since the retro games that I care about that I have there are almost all on Steam anyway.

I play Dark Forces using Boxtron + Steam Controller and it already works great :) Steam allows you to map controller to keyboard+mouse and mappings defined by the community usually work very well.
13 Likes, Who?

Boxtron and Luxtorpeda are in no way affiliated with Lutris. But I can co-operate with Lutris devs if they would like to talk ;).


I just tried with Boxtron then, works with what appears to be full stability, though there is no "CD audio" (is it modified to run in the background by mp3 or something?). It's also running with original software rendering, and I still had to reduce the screensize 20+ years later! ;) My brother says it runs better through straight dosbox though. Maybe it's set to run like a 486 or early Pentium or something?
0 Likes
1/5»
While you're here, please consider supporting GamingOnLinux on: