The Sunday odds and ends Linux and gaming section

Sunday is a day to do the dishes, hoover the halls, wipe the decks and probably play a whole lot of video games. Here's our Sunday section of interesting things.

Let's start with a little crowdfunding news shall we! Everspace 2 is almost at the finishing line, with just over a day left to go they still need about £28K. With enough of a push they might just do it. Recently, Linux livestreamer Corben78 showed it off on Linux.

Another crowdfunding project, OTHER: Her Loving Embrace, recently got fully funded. It's a stylish turn-based/platformer RPG and it's coming to Linux!

The funding campaign to help GNOME fight off a patent troll has now officially passed the $125k they requested! Since they're planning to fight, hopefully it will help deter future patent trolls attacking FOSS.

AMD's Lisa Su stated in a recent Earnings Call Transcript that AMD will be focusing on their architecture rather than the process technology, meaning they might be with 7nm for a while. They "will transition to the 5-nanometer node at the appropriate time", but it sounds like they can squeeze a lot more out of 7nm for now.

vkBasalt, the open source Vulkan post-processing layer recently had a new release tagged adding in support for Fast Approximate Anti-Aliasing (FXAA) along with some bug fixes.

The latest monthly Steam Hardware & Software Survey is up, curiously showing Linux didn't budge at all during October. We seem to have hit a stable 0.83% for now, although this does often change in the first week so we will keep an eye on it. Our dedicated Steam page was updated for it.

Used NordVPN? You might be in for a shock as they were hacked. If you're still in the habit of sharing passwords, it's time to get changing that habit.

OpenRA, the free and open source game engine for classic Westwood real-time strategy games like Command & Conquer, Red Alert and Dune 2000 released another test for their upcoming stable release yesterday. Giove it a try and let them know how it runs.

As a reminder, Shadow of the Tomb Raider Definitive Edition is due to launch for Linux on Tuesday, November 5. We should have a livestream, be sure you're following us on Twitch. We also have a long livestream live right now, starting with Dota Underlords and later some 7 Days to Die—come say hi!

The next release of the FOSS game engine re-implementation of Morrowind, OpenMW, sounds like it's coming soon. In a new development blog post the team went over it getting better gamepad support, better weapon handling, shield holstering support, shadows sound like they're finally almost ready to be added in and more.

As for GamingOnLinux, since last Sunday 47 articles were posted! We also upgraded our dedicated Crowdfunding Page a little, so that it can list multiple developers/publishers per game and their name links to a page of others made by them. More will be added over this week to finish it up. You can see a more in-depth monthly roundup of stuff done during October on GOL here on the Forum.

If you wish to support GamingOnLinux you can do so across places like Patreon, Paypal, Liberapay, Flattr and Twitch. In addition to our affiliate links with GOG and Humble Store.

Once again I shall return Monday for another full week of news, unless something big/interesting pops up before the end of today. Hope everyone had an enjoyable weekend. 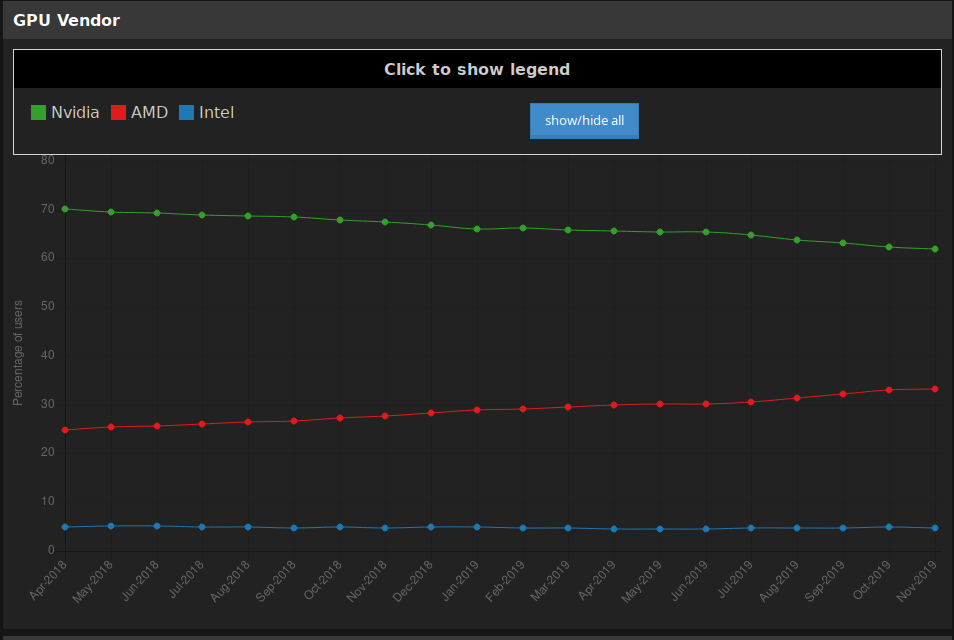 View PC info
Good thing for the GNOME foundation!
I don't use GNOME at all (and even hate this DE) but we have to defend all Free Software against this bullshit, and so I'm happy they raised their goal to do that.

Quoting: CyrilGood thing for the GNOME foundation!
I'm less confident about the Everspace 2 campaign though, ~27K € in ~30 hours it's hard.

I actually think there will be no problem getting funded.

Its the most active (1st place on top 10) campaign right now and looking at the Kicktraq page, for the first time that I see, the trending line almost matches the break-even line.

Even the projection is at 50/50 now, while previously it never reached the funding line.
1 Likes, Who?

View PC info
what a sunday listening to messer chups and zombierella and playing zombie army!! Best Halloween weekend ever.

Quoting: CyrilI'm less confident about the Everspace 2 campaign though, ~27K € in ~30 hours it's hard.

I did my contribution just now. Fingers crossed!
6 Likes, Who?

Quoting: Liam DaweEverspace 2 is just about to hit the goal :O

Well, decided to do my part.

QuoteThe funding campaign to help GNOME fight off a patent troll has now officially passed the $125k they requested! Since they're planning to fight, hopefully it will help deter future patent trolls attacking FOSS.

I had to re-read this a few times before I realized that I was reading it wrong. I thought it was a game about defending gnome from a patent troll. The brain twist words to fit the context some times.
0 Likes
1/2»
While you're here, please consider supporting GamingOnLinux on: