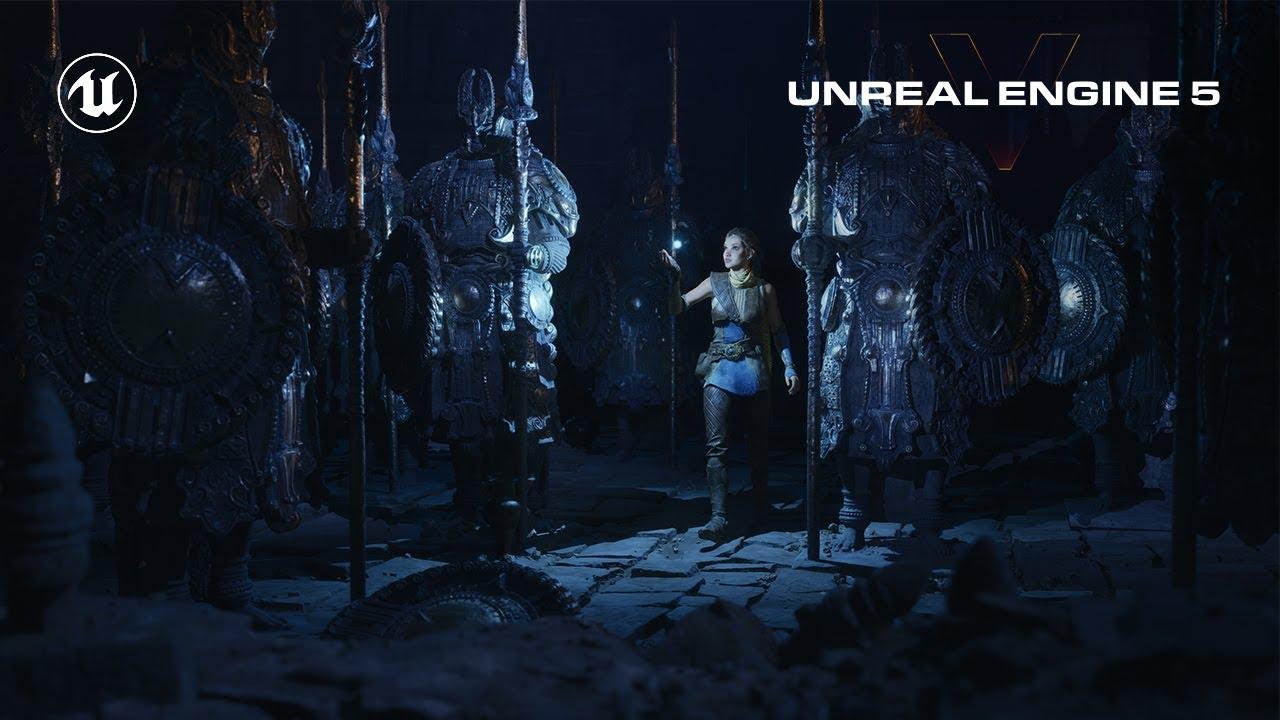 View PC info
i can only imagine what the pc side of things will look like.the console is always lower res.
1 Likes, Who?

Quoting: vipor29i can only imagine what the pc side of things will look like.the console is always lower res.

It's a 30 fps video. It also looks very artifacty to me. Honestly not impressed considering this is a demo video under completely controlled conditions.
1 Likes, Who?

View PC info
It bit to soon for games to look this good with many moving parts, sad part that story, and replay valve been lacking in a lot games that look very pretty. I do like waived any royalties under the first 1 million, I do hope is not have to be on epic store to get that waiver.

Quoting: EhvisIt's a 30 fps video. It also looks very artifacty to me. Honestly not impressed considering this is a demo video under completely controlled conditions.

Look at a good source (with commentary) here:
https://www.unrealengine.com/en-US/blog/a-first-look-at-unreal-engine-5

Looks quite stunning on my end.

Quoting: vipor29i can only imagine what the pc side of things will look like.the console is always lower res.

It's a 30 fps video. It also looks very artifacty to me. Honestly not impressed considering this is a demo video under completely controlled conditions.

May be you had streaming issue at the time? Looked fine for me @4k

As for the news, can't say am that interested TBH as Epics linux support toward their games has been shall I say rather lacking since the UT days.
1 Likes, Who?

View PC info
Digital Foundry have also noted this is a 1440P demo, at 30FPS as already noted.

View PC info
UE5 is built on top of the same codebase as UE4. I would be quite (negatively) surprised if they dropped Linux support.

I mean Linux support in UE4 isn't great, but just dropping it wouldn't make much sense. Not only due to Stadia, also for dedicated servers.
0 Likes

Quoting: drlambDigital Foundry have also noted this is a 1440P demo, at 30FPS as already noted.

1440p is perfectly fine for me together with proper anti-aliasing, it looks perfect.

4k is nice, but I rather have a lower resolution and next-gen graphics.
0 Likes

View PC info
As much as I despise Epic as a company, but that looks pretty amazing for sure! Give credit where credit is due! But yeah, it'd better run on Linux!
3 Likes, Who?
1/4»
While you're here, please consider supporting GamingOnLinux on: