Today, hardware vendor Lenovo announced something quite huge for the Linux community with the addition of more Linux devices becoming easily available.

Back in April, it was announced that Lenovo and Fedora were teaming up to bring Fedora Linux to a few different ThinkPad models. That by itself was quite big. Now they're going a massive step further by announcing both Red Hat Enterprise Linux and Ubuntu LTS will be certified and available across their entire ThinkStation and ThinkPad P Series workstations. 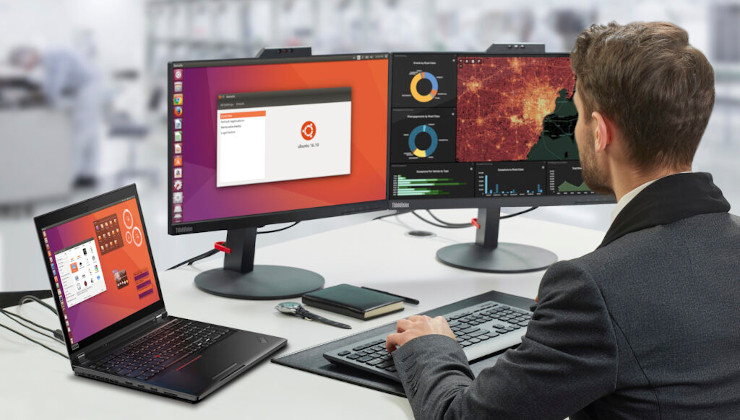 When will it be available? Lenovo said to expect it to begin rolling out this month, and they will be fully customizable too. On top of that, Lenovo aim to build a bit of a community around it. Since this is a proper vendor-run effort, you get the whole package of support too including "security patches and updates to better secure and verify hardware drivers, firmware and bios optimizations".

This isn't a vendor just adding it as an option, they're clearly investing into it. We're going to see "full" web support, dedicated Linux forums, config guidance and so on. Lenovo say they will also "upstream device drivers directly to the Linux kernel, to help maintain stability and compatibility throughout the life of the workstation".

This is awesome. Hope to see more hardware vendors follow and eventually roll it out across more lines. See the original announcement here.

View PC info
Would be good to extend it to all their Thinkpads. I'd appreciate this more than adding more distros.
5 Likes, Who?

Ardje 2 Jun, 2020
View PC info
Nice... I have a refurbished thinkpad T430 from a second hand store... It feels like the best PC linux system I've ever had at home, except for the supermicro's.
Everything works. Except of course that nvidia crap.
Added an eGPU using express card. RX580. The system feels a lot faster than my zotac sn970.
0 Likes

View PC info
This is going to be the best "year of Linux on the Desktop" yet! :D
8 Likes, Who?

View PC info
So Microsoft finally stopped the vendor strongarming, or at least Lenovo must feel big enough for them to take the risk.
5 Likes, Who?

View PC info
Getting a community going is a wise move, I certainly hope this works out.

Quoting: JuliusSo Microsoft finally stopped the vendor strongarming, or at least Lenovo must feel big enough for them to take the risk.

IBM being the owners of RedHat, it makes sense...

I don't know how to formulate it... I'm wondering about the impact of Microsoft's creation of it's own line of laptops (Surface) in this "strongarming" strategy. Did they just switched focus?

View PC info
I was looking at the IdeaPad 5 as a good budget AMD laptop, I hope they expand the support to other lines. I like the Thinkpad's, but they're more business orientated.
0 Likes

View PC info
Nice. I'm rocking a Lenovo Legion Y540 myself. No problems with it so far.
0 Likes
Purple Library Guy 2 Jun, 2020
CatKiller was just mentioning the announced Chinese government policy of replacing foreign computers/software (probably with an unspoken emphasis on Microsoft) starting this year. Now we have a major Chinese computer company announcing availability of a bunch of computers with Linux on 'em. Co-incidence or is something going on?