FNA3D, the upcoming advanced graphics library for FNA has reached a new milestone on the way to full Vulkan support.

As a refresher - FNA was originally a fork of MonoGame, with an aim to be an accuracy-focused reimplementation of Microsoft's XNA. It's since expanded and improved in huge ways and FNA3D is the next step. FNA3D was announced back in May, as a more advanced rendering system for FNA that brings with it better performance and the ability to support other graphics APIs.

FNA is used in tons of games like TowerFall Ascension, Streets of Rage 4, FEZ, Dust: An Elysian Tail, Rogue Legacy, Chasm, Axiom Verge and the list goes on for a while.

Work is underway to support Vulkan with FNA3D, and today while releasing FNA 20.07 developer Ethan Lee also mentioned that FNA3D's Vulkan support is now in Alpha. Lee mentioned that there's "still a lot to do, but we already have all of FNA3D's features working with simple 2D games like Escape Goat and slightly more complex 3D games like Little Racers STREET" with two shots of it in action: 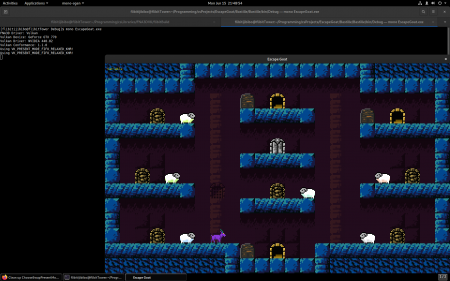 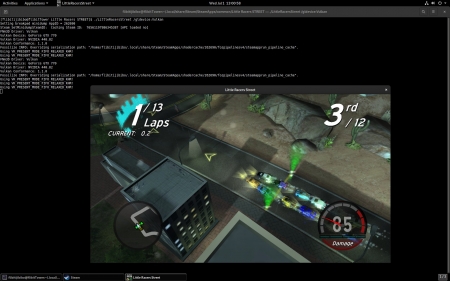 This does all sound quite exciting! Having another popular game development platform have support for a modern graphics API like Vulkan should ensure more great performance.

As for when FNA3D will actually have a release, Lee mentioned in an announcement on the official FNA Discord that they're going for September 1 along with FNA 20.09 which is when FNA3D will be pulled into FNA directly.

Learn more on the FNA3D GitHub. Ethan Lee, the creator of FNA and porter of many games to Linux, macOS and other platforms is also always looking to do more ports and you can reach them on Twitter.

Article taken from GamingOnLinux.com.
Tags: Game Dev, Toolkit, Vulkan | Apps: FNA
20 Likes, Who?
We do often include affiliate links to earn us some pennies. We are currently affiliated with GOG and Humble Store. See more here.
About the author - Liam Dawe