This isn't actually a brand new initiative either, KDE and Slimbook have actually been good partners for a few years now. This is the third generation, so hopefully together they've been able to craft something special and it certainly looks that way. If you're in the market for a new laptop with Linux, this could be what you need. 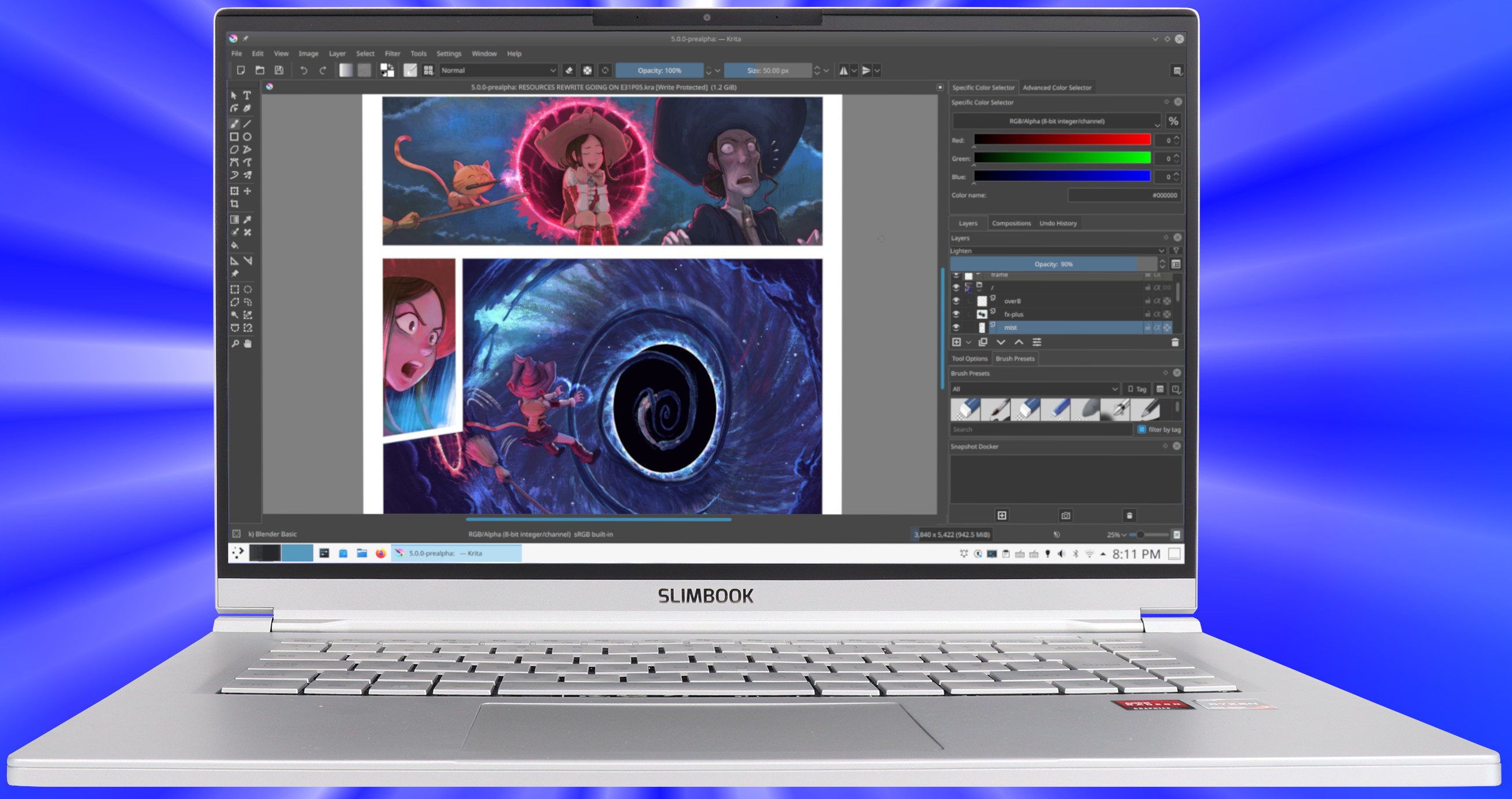 It's interesting to see multiple vendors announce AMD Ryzen lately. Not a surprise though, as historically you had to go Intel if you wanted the best performance but AMD have truly had a resurgence thanks to the Zen architecture and they're proving to be popular with all types of computing needs from compiling to gaming and more. The AMD Ryzen 4800H chip in the new KDE Slimbook III is certainly no slouch, in fact it's actually a pretty powerful CPU.

Available to order now with shipping expected after 2-3 weeks assembly time, Slimbook appear to ship worldwide. You can also configure it with a few different keyboards including English UK, English US, Spanish, French and German. You can find the official announcement over on the KDE news post.

In related news Slimbook's other line, the PRO X is also getting AMD Ryzen so you're getting even more choice. Check out the Slimbook store if you're interested.

Over the last few years, we've definitely seen a small surge in the amount of vendors coming along to do Linux. We have System76, TUXEDO, Entroware, Laptop With Linux, Purism, Slimbook and more. We even have Lenovo adding Ubuntu to a bunch of theirs too. Great to see.

View PC info
It looks like a nice laptop, but I can't find what the weight of the machine is. Being advertised as a SlimBook I can only imagine it's not heavy, their website is somewhat light on information.
0 Likes

The weight is there on the pages. Written in very big numbers

Seems very similar to the Pulse in both specs and pricing. Nice to have choice.

Edit: oh wait, technically a different model for the weight. Can't imagine it's much different though since the Pro X 15 looks pretty slim to me as well.

View PC info
This is the most enticing Ryzen laptop I've seen yet and it's not even from a major manufacturer. It seems that all major manufacturers (in the USA at least) cut corners on their AMD models compared to their Intel counterparts.

If there was a thicker model with a discrete RX 5600M/5700M I'd be sold. The only laptop like that is the Dell G5 SE, a mostly plastic machine that runs rather hot.