Are you in the market for new Linux hardware? Lenovo are expanding their selection, with an announcement today of more Linux-ready ThinkPad and ThinkStation PCs.

They're pushing hard on this too, with around 30 Ubuntu-loaded devices available for purchase on the official Lenovo store which include 13 ThinkStation™ and ThinkPad™ P Series Workstations and an additional 14 ThinkPad T, X, X1 and L series laptops. Most of which come ready with the latest version of Ubuntu with the 20.04 long-term support release, however they L series is currently sticking with Ubuntu 18.04.

"Lenovo’s vision of enabling smarter technology for all really does mean 'for all'.  Our announcement of device certification in June was a step in the right direction to enable customers to more easily install Linux on their own. Our goal is to remove the complexity and provide the Linux community with the premium experience that our customers know us for. This is why we have taken this next step to offer Linux-ready devices right out of the box," said Igor Bergman, Vice President of PCSD Software & Cloud at Lenovo. 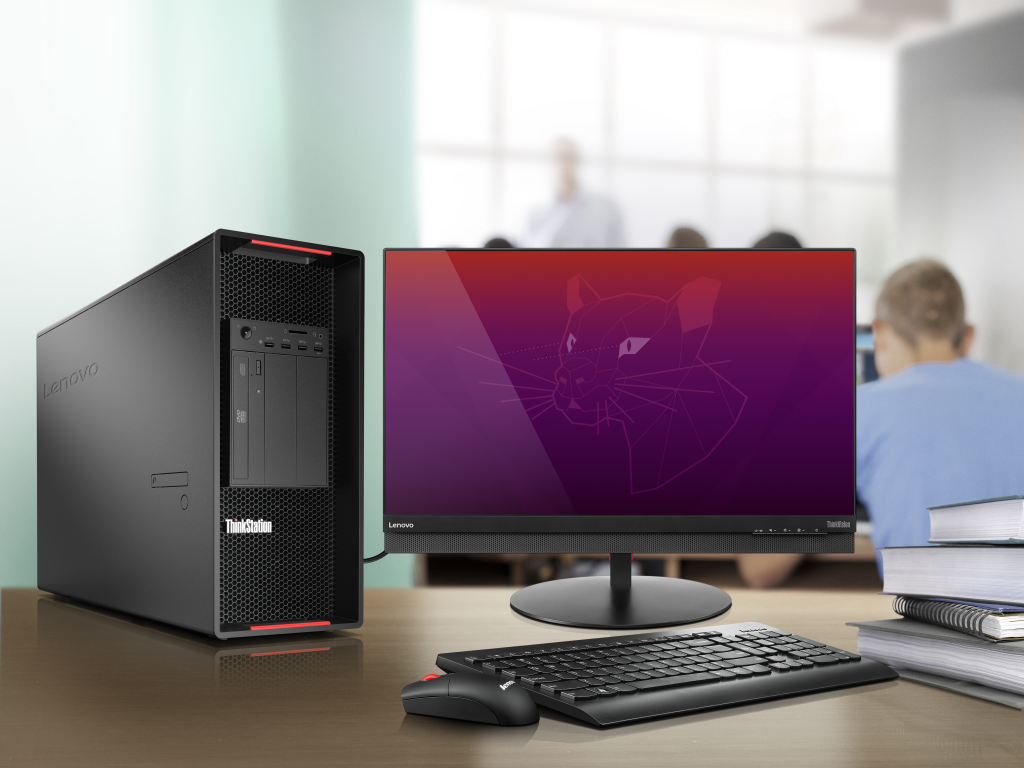 Quite an exciting step for wider Linux hardware availability, following on from their small initial Ubuntu push followed by their Fedora Linux rollout back in August. I've long said that the key barrier for Linux is having more stores not only having Linux available - but actually advertised. Historically, a few well-known vendors have stocked some Linux hardware but it's often been buried in their stores.

Installing Linux onto existing machines is still a barrier for some, so another wall broken down at another hardware vendor is always fantastic to see. As for availability, while it's going to be global don't expect everything to be live right away, Lenovo said it starting now and rolling out in phases through 2021.

"Lenovo’s expansion of Ubuntu certified devices shows great commitment to open source and the Linux community. With data scientists and developers increasingly needing Linux for emerging workloads, this collaboration enables enterprises to equip their employees with the assurance of long-term stability, added security and simplified IT management," said Dean Henrichsmeyer, VP of Engineering at Canonical.

Interested? Check out the dedicated Linux page on Lenovo.

We do often include affiliate links to earn us some pennies. We are currently affiliated with GOG and Humble Store. See more here.
About the author - Liam Dawe
I am the owner of GamingOnLinux. After discovering Linux back in the days of Mandrake in 2003, I constantly came back to check on the progress of Linux until Ubuntu appeared on the scene and it helped me to really love it. You can reach me easily by emailing GamingOnLinux directly.
See more from me
Some you may have missed, popular articles from the last month:
The comments on this article are closed.
13 comments
Page: 1/2»
x_wing 23 Sep, 2020

View PC info
I went to the laptops selling page and they still only offer Windows with all their T series notebooks (checked in US and Argentina page). Hopefully by the end of the year some T series will have it and it will definitely be my next laptop (sorry Dell!)
4 Likes, Who?

Some time ago I tried version 20.04 + gnome-session-flashback and horrible. You can not move the icons and zero configuration on the desktop.

View PC info
Very cool to see another big vendor selling Linux powered hardware. Now all they have to do is hire someone to make their webpage at least borderline useable and usefull so people can start getting shit done ;-)
0 Likes

Quoting: PalancaThe version 18.04 is the best version of Ubuntu in my opinion.

Some time ago I tried version 20.04 + gnome-session-flashback and horrible. You can not move the icons and zero configuration on the desktop.

The last Gnome version lets you move the icons: https://www.youtube.com/watch?v=DZ_P5W9r2JY

View PC info
It's a little strange that you can by the Windows 10 pro 64 version of ThinkPad X1 Carbon Gen 8 for less than the fedora version with the exact same hardware.
I can understand that production of small series mean higher cost. But not by this much?
0 Likes

View PC info
I've used several T-series over the years and they have been immensely compatible with Fedora. I have a T-580 now. I can't attest to every model though.

I didn't see a way on the Lenovo website to order one without an OS and not pay the MS tax but my work manages it somehow.
0 Likes

View PC info
Nothing on the Australian store... And I'm not holding my breath, seeing as none of the major manufacturers sell laptops with Linux-based operating systems pre-installed (the single exception being Dell, who only sell one particular "XPS" laptop, only via telephone orders and only on a case-by-case basis).

Quoting: manderssonIt's a little strange that you can by the Windows 10 pro 64 version of ThinkPad X1 Carbon Gen 8 for less than the fedora version with the exact same hardware.
I can understand that production of small series mean higher cost. But not by this much?

They get paid to load the windows version with crapware, which is how it ends up cheaper.
1 Likes, Who?
1/2»
While you're here, please consider supporting GamingOnLinux on: