Cave-flying is a genre that was big a very long time ago, now though not so much but Gravity Ace from John Watson entered Early Access recently and it's absolutely brilliant.

The idea of cave flyers are that you're always fighting against gravity while you pilot some sort of spaceship. Developer John Watson took that basic idea with Gravity Ace, threw a load of code at Godot Engine and came out with an Early Access game that shows how timeless certain types of genres can be. Gravity Ace has you fly, fight, and manoeuvre through various tight levels with intense gravitational fields and cramped firefights and it looks awesome while doing so. 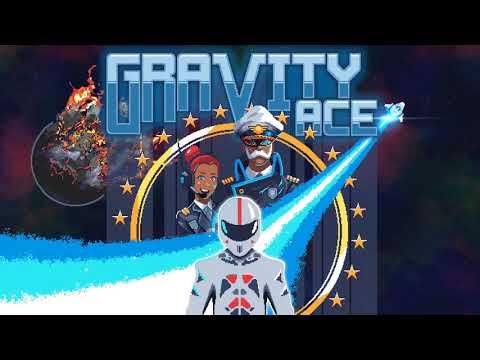 I don't have a bad thing to say about it. It looks fantastic with the bright pixel-art and animations, the controls are great with both mouse/keyboard and gamepad (Xbox One controller tested) and I think I prefer it on gamepad as it's been a great game to kick-back with a bit. Being able to do a little boost, and then drift along with the gravity while you annihilate enemies just looks and feels so satisfying. Gravity Ace is thumb-aching fun, and I seriously can't wait to play a whole lot more of it.

Their current plan is to remain in Early Access for 6-12 months, while they add new enemies, bosses, more levels and campaigns, fix bugs, and add a local multiplayer/Steam Remote Play mode for player-vs-player battles which all sounds great. It's already brimming with content thanks to 24 levels, along with a fully integrated level editor which they play to expand to have a special hub for players to share levels and whole campaigns.

Since it uses Godot Engine, the Linux version is pretty much perfection.

Also a shout out to itch.io, as their press system is brilliant. Anyone approved can go in and try a game, as long as the developer has opted into it. So people like me can pick a game they think looks interesting, and just give it a go. It's super useful.

View PC info
Definitely have to add a note about the excellent dev logs and coding streams Jotson posts on Youtube. Same channel as the EA trailer linked in the article. :)


Last edited by dpanter on 26 October 2020 at 3:10 pm UTC
2 Likes, Who?
While you're here, please consider supporting GamingOnLinux on: