Announced and highlighted back here in September, LEd is a modern open source level editor from the previous development lead on Dead Cells. Taking all that they learned actually creating and working on games, LEd is their attempt to make a modern cross-platform and free level editor for everyone.

Looks like they've started getting their Linux support into better shape too, with the 0.4.0 release that went out recently having their first attempt at a standalone Linux build with help from the community. This is why open source is great, anyone can get involved. 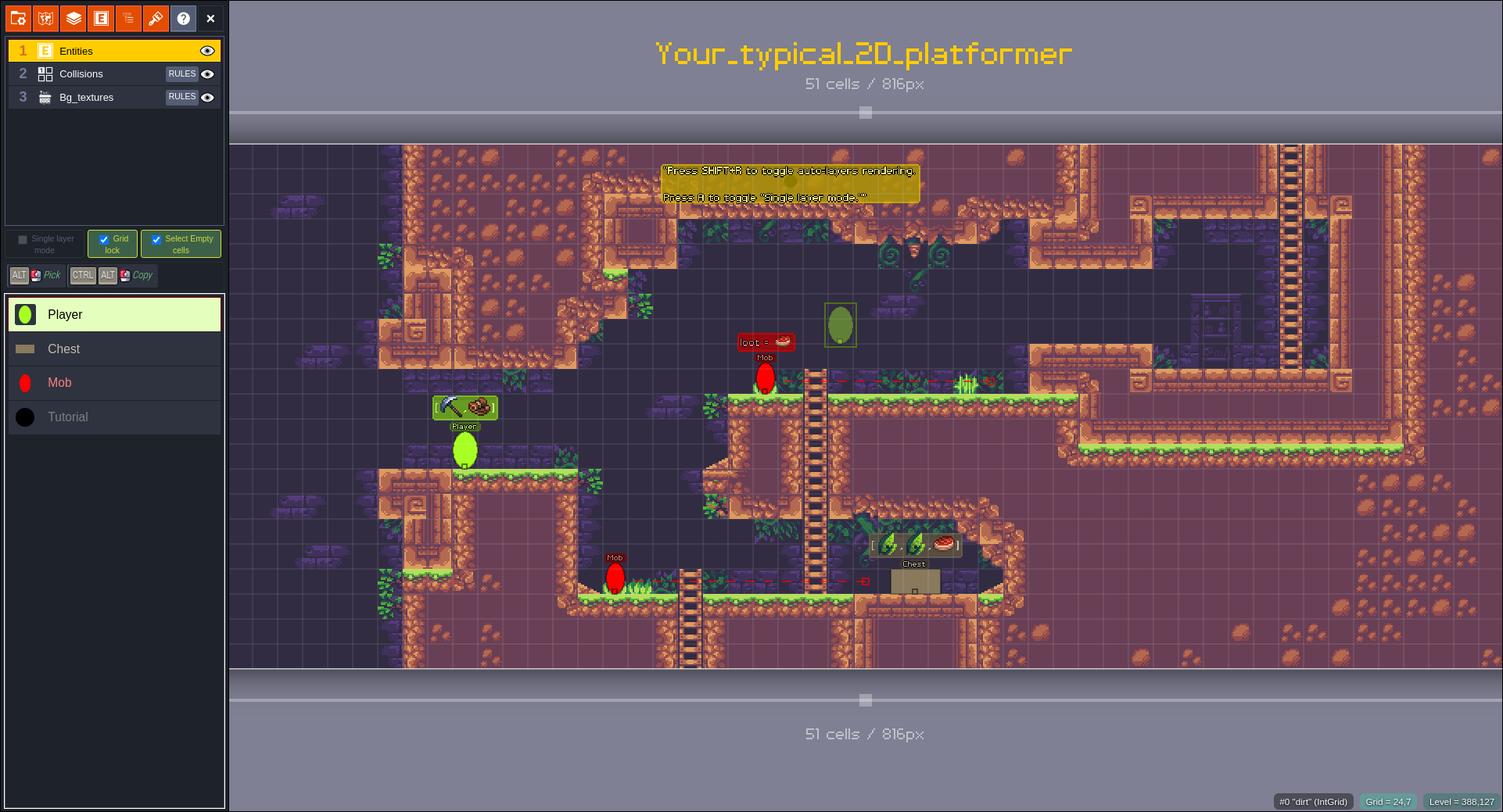 Pictured - LEd running on Linux with an included example.

Just some of the features it offers:

The 0.4.0 release also brings in plenty of new features, upgrades and fixes too. It's advancing pretty quickly based on feedback from people testing it. There's new hotkeys, the ability to easily select any element, you can now quickly duplicate any element in the level, the JSON you get is now at least 40% smaller thanks to optimizations and the list goes on.

If you're after a simple and modern level editor, be sure to take a look at LEd. See more about it on the website and GitHub.