Halloween is approaching and so what's left of the Team Fortress 2 team have updated the game with the new Scream Fortress XII event. 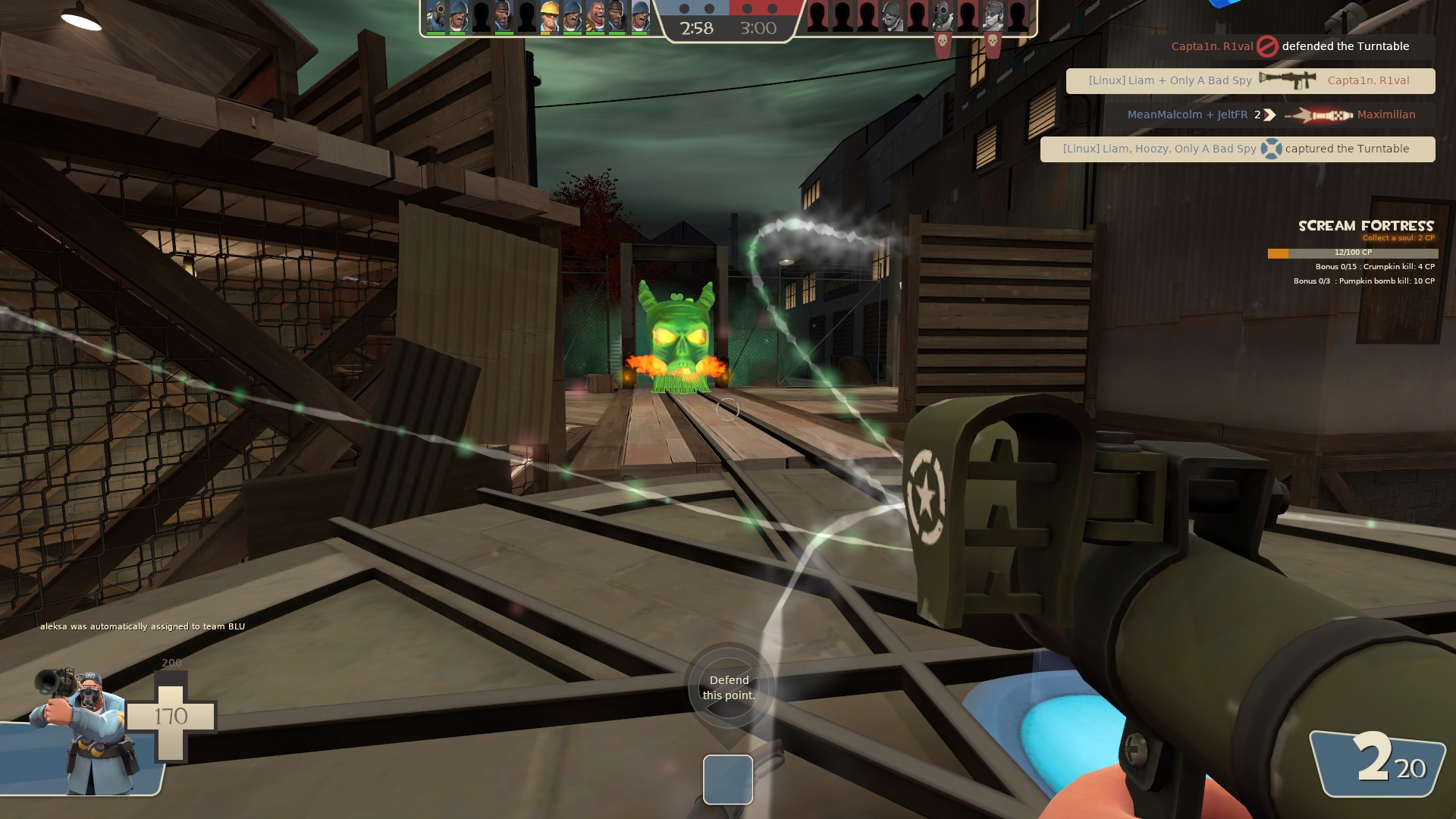 As usual, the community has outdone themselves. The Megalo map has a freaking ghost train running through it! If it hits you, then your character will be running around for a few second all scared and they might even get pushed to their death below.

To get you in the mood to play more, all the Halloween Contracts have been reset, allowing them to be completed again and there's new contracts for the 3 community maps added with this event. If you manage to complete a contract, you will get a 'classic' Halloween item and the chance for a Wicked Windfall Case or Scream Fortress XII War Paint Case.

It's not all fun and games though, as Valve actually rolled out support for Steam Text Filtering for personal names and the chat which is on by default. This is part of the new Steam-wide options as they try to make Steam as a whole a nicer place. Since TF2 had quite a nasty bot problem previously which Valve were tackling, it makes sense to roll such a feature out here.

Looks like the event has push its popularity again, with a new all-time high (SteamDB) for online players at 131,300 which was hit late last night on October 1. The last time it broke a record was way back in 2018.

Hmm.. It's two weeks since I uninstalled it. Couldn't get a single game without headshot bots. In one KOTH we kicked more between 10-15 bots. The best team didn't even win, it was just the one that happened to have the most bots because people can't always be bothered to kick them...

View PC info
The Hacker bots pretty much only target the official servers so community servers are the way to go by far.
0 Likes
While you're here, please consider supporting GamingOnLinux on: