Unreal Engine 4.26 rolls out with lots of Linux improvements, drops OpenGL for Vulkan

This latest release with Unreal Engine 4.26 surprisingly has quite a lot of Linux issues sorted, along with dropping OpenGL in favour of Vulkan on the desktop now. It's a change that's not really surprising, with Vulkan being the future along with it being needed for Stadia which is quickly expanding its list of available titles.

We’re pleased to announce that Unreal Engine 4.26 is ready for download! This release brings new tools that extend your ability to create believable real-time environments and characters for games, film & TV, visualization, and training & simulation; continued advancements to our virtual production toolset; higher-quality media output; improved design review tools; and much, much more. 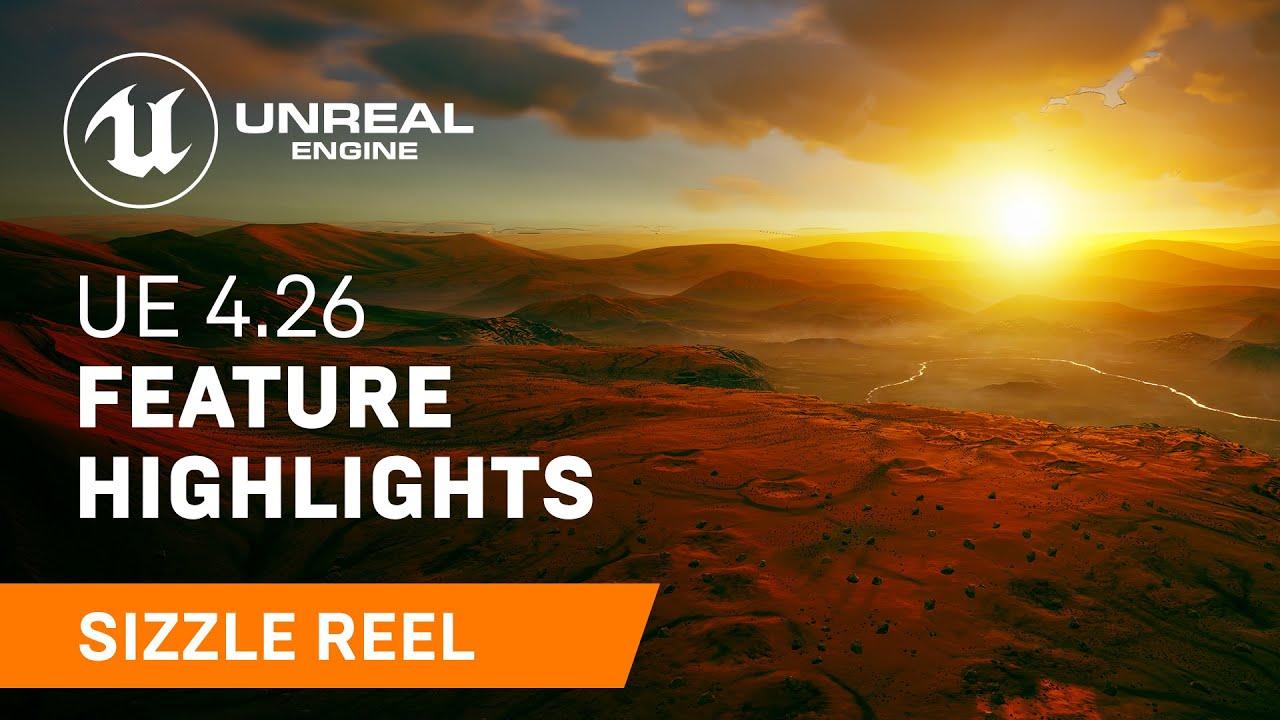 We've rounded up the other Linux specific fixes for you here:

Good news,
let's hope the vulkan implementation will be good enough for the developers to switch to it from DX11/12!
7 Likes, Who?

View PC info
I asked Epic's developer Niklas Smedberg at GDC (perhaps in 2015?) during the Vulkan/Khronos Q&A when they thought Vulkan would have replaced OpenGL in their products. They where unsure of it at the time (Vulkan was just gaining traction, but it was obvious that Khronos was surprised at the speed that the traction had been gained at that time), but nice to see that that day has finally come!

Well, there go future Unreal Engine games for me (that use this or a later version).

Hopefully though the GNU/Linux releases can improve a lot more now that a) OpenGL backend no longer needs to be maintained, and b) Stadia gives some incentive to actually make things work nicely.
2 Likes, Who?
Purple Library Guy 4 Dec, 2020
That's rather good. Must say I'm a bit surprised.
2 Likes, Who?

View PC info
Proper Vulkan support on UE4 should be a big plus for better cross platform support. Here's hoping that Vulkan on Linux is now as fast as Windows, otherwise dropping OpenGL would be a step back.
0 Likes

Mountain Man 6 Dec, 2020
View PC info
And yet Epic still won't port their most popular game to Linux. I personally don't give a crap about Fortnite, but the fact that there's not a Linux version tells you everything you need to know about how Epic feels about us.
2 Likes, Who?
TheRiddick 6 Dec, 2020

View PC info
Is UE5 the one with nano polygon and baked in raytracing like lighting effects? anyone know when that will be coming out?
0 Likes

View PC info
EPIC doesn't care about us at all. Actually it could be interpretted as worse than that because like most AAA devs EPIC discourages Linux use specifically because the company does not want to hire people to support it. It's cheaper for them just to to tell us to dual boot. My guess is that this was for Stadia and that Google is somehow paying for it.
2 Likes, Who?

Quoting: jarhead_hEPIC doesn't care about us at all. Actually it could be interpretted as worse than that because like most AAA devs EPIC discourages Linux use specifically because the company does not want to hire people to support it. It's cheaper for them just to to tell us to dual boot. My guess is that this was for Stadia and that Google is somehow paying for it.

I was hopeful until you guys reminded me who pays their bills. Stadia probably had to do with what went on behind the scenes. On the plus side, it may improve performance for those who use proton/wine/etc.
0 Likes
1/2»
While you're here, please consider supporting GamingOnLinux on: