With an aim to release in late 2021, Dungeon Alchemist is an AI-powered mapmaking tool for both players and dungeon masters to use with your favourite Virtual Tabletop Application.

Planned to support Linux, macOS and Windows through Steam the idea is that Dungeon Alchemist takes a map size, a theme and then lets you draw a few rooms which it then populates using AI. Pretty much everything is done for you, and you can then take the AI-made maps with you through PDFs or import it directly into something like Foundry VTT or Fantasy Grounds. 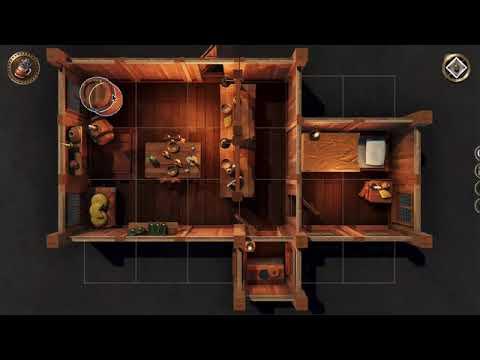 The whole idea sounds quite awesome for quickly putting together fresh layouts, if you find you existing games have become perhaps a bit stale.

I've yet to try any of these virtual tabletops myself but I absolutely love the idea of them, and Foundry VTT (as mentioned here) really does sound awesome with great Linux support since the developer built it for Linux first.

You can find it on Kickstarter currently where it's hit over €153K against the original 45K goal and they still have until March 11 to finish the campaign so it's clearly a very popular idea.

property 15 Feb, 2021
View PC info
I'd love to try it on my FoundryVTT server but I'm a little sceptical on how much this really adds to the game when compared to other tools like Dungeondraft (+ Forgotten Adventures for more realistic looks).

If someone'd like to try and does need a FoundryVTT server I'd be glad to help & watch. :) (IPv6 required)
0 Likes

View PC info
That looks amazing. I'm curious as to support for custom content, though. The video didn't mention anything about that.
0 Likes
Purple Library Guy 15 Feb, 2021
Hrm. We're doing a bit of retro gaming lately, AD&D first edition style. So the map on Roll20 is something the GM drew with a pencil on graph paper and scanned, to give that old school touch. Kind of a different direction from this . . .
(All the corridors are exactly 10' wide

Quoting: Purple Library GuyHrm. We're doing a bit of retro gaming lately, AD&D first edition style. So the map on Roll20 is something the GM drew with a pencil on graph paper and scanned, to give that old school touch. Kind of a different direction from this . . .
(All the corridors are exactly 10' wide

Got to love all the 10' wide corridors, like anyone would ever build like that, as that's a rather wide hallway...
0 Likes

View PC info
I've been kicking around Fantasy Grounds Unity and this looks absolutely amazing! I'll be getting this when it comes out!
0 Likes