MechWarrior 5: Mercenaries runs great on Linux with Proton now it's on Steam

MechWarrior 5: Mercenaries, the first single player MechWarrior game for a long time has jumped from the Epic Store over to Steam and it runs well on Linux. Note: copy personally purchased.

It's (sadly) not officially supported by the developer on Linux but you can play it easily thanks to the Steam Play Proton compatibility layer. No special tweaks needed, just ensure your Steam client and Proton are up to date, it's click and play. So now you too can climb into a huge mech and go stomping around without much trouble.

Here's a little initial quick-show of it in action using Proton: 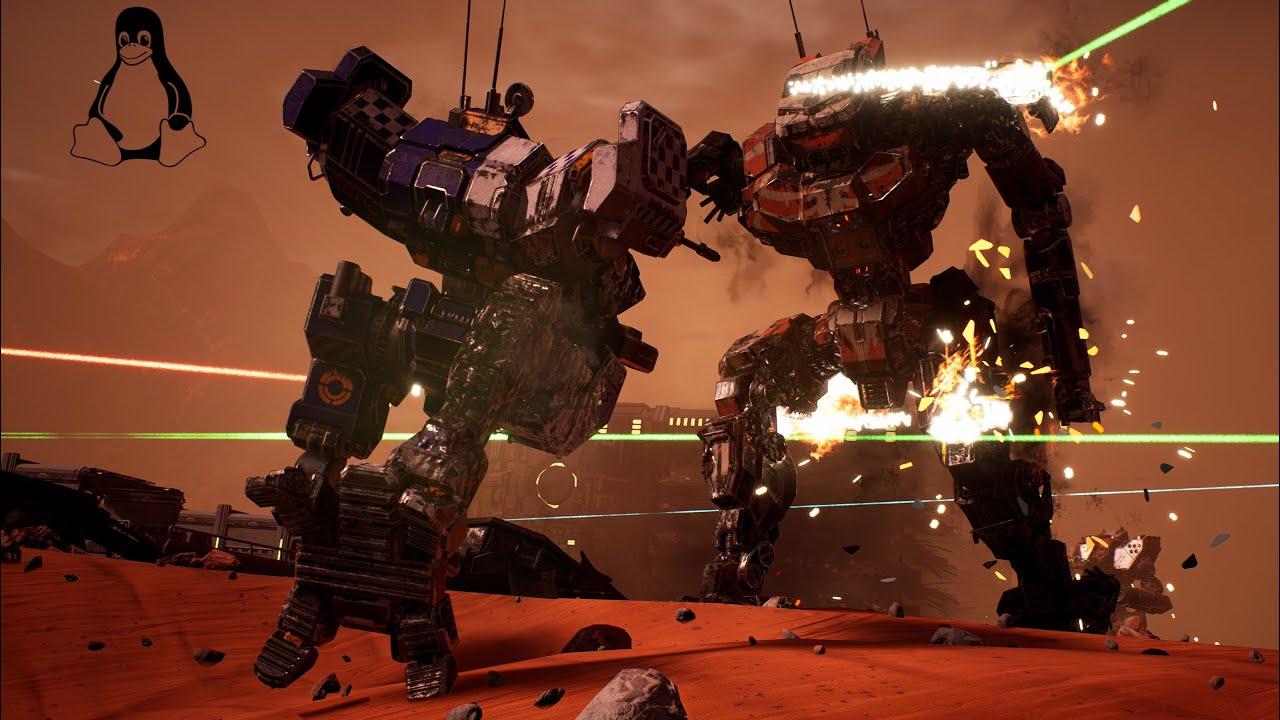 Performance appears to be great and it's quite a lot of fun stomping around. It has been for the most part smooth sailing (er, stomping?) with movies working correctly too. I did freeze up and crash on me twice though, so keep that in mind it may have some stability issues somewhere. The AI though, wow, it's pretty — stupid, and that's being kind about it. I've seen AI mechs trying to walk through big rocks and practically get stuck, because an enemy mech was on the other side somewhere. The AI just isn't particularly good.

Nice to see another bigger release working right away on Linux, thanks to the work from Valve and their partner CodeWeavers on Proton.

Just remember though that running it in this way on Linux is not actually supported. The usual caveats apply: it can break any time and the developer doesn't need to ensure it continues working this way. If you're not clear on what Proton and Steam Play are, be sure to check out our constantly updated dedicated page. It's a special compatibility layer for running Windows games and apps from Steam on Linux.

Pick up a copy from Humble Store or Steam.

It feels like yesterday that I was playing Merc 1. Still got the CD too, bloody good game and intense.
0 Likes

View PC info
Just ordered a new HOTAS to replace the old FF2 that I got with one of the Mechwarrior games about 20 years ago.

I also remember paying about $800 for enough RAM to be able to run MW on my old 386DX40. That bought me the awesome total of 4Mb.

View PC info
Is the game good, though?

View PC info
Yes, I've also heard that this game is quite mediocre, with just a lot of tanks and helicopters spawning all the time. I've read, repeatedly, that people who liked the previous games will absolutely hate this.
0 Likes

Quoting: TheSHEEEPIs the game good, though?

I recall the earlier Mechwarrior games being quite repetitive in certain regards, so it must be pretty bad in 5 to be a common critique, or maybe people's expectations have changed.
No wait, I know what the problem likely is. If I had to guess Mechwarrior 5 is probably like a 40ish hour game, a know a lot of modern games have been considering that a minimum play time these days. I don't think any of the earlier Mechwarrior games took any longer than 20 hours to complete at most, and repetitive gameplay would certainty be more tolerable in shorter games.
0 Likes

View PC info
As I sit down to paint some Battletech miniatures this news pops up. I might give it a gander if a few friends are interested in it too.
0 Likes

View PC info
Hey,
I made the *critical* error of buying it on EPS, and I have only ever managed to get it to run once.

Quoting: JHey,
I made the *critical* error of buying it on EPS, and I have only ever managed to get it to run once.

I am able to run the handful of EGS games I have by simply installing EGS on my default wine prefix, installing the game through that. And then either launching them through EGS as well, or directly.
I generally recommend Q4Wine to manage wine prefixes, makes it a lot easier than messing around with config files.
Of course, who knows if that would work for MW5 as well.

Heroic has honestly never worked for me, not even when I point it at the exact same default wine prefix...
0 Likes
Ezequiel 31 May, 2021
I'm a bit confused, there are tons of great games that run with Proton. Why does this windows game get an article?
2 Likes, Who?
1/2»
While you're here, please consider supporting GamingOnLinux on: