This was a surprise to see. Nanotale - Typing Chronicles from Fishing Cactus, PID Games, 2PGames recently published an official native Linux build. Coming from the same developer who created Epistory - Typing Chronicles, you don't need to have played their first game as this is a full standalone experience and it looks absolutely gorgeous.

"Nanotale - Typing Chronicles is an atmospheric typing adventure RPG set in a colorful vibrant world. Follow Rosalind, a novice Archivist, as she journeys out to explore a distant world. On her quest to gather knowledge, she collects samples of mystic natural beauties. Everything is peaceful. War is a thing of the distant past.

In the shadows, a tale of dissonant magic is spreading, instilling corruption into broken hearts." 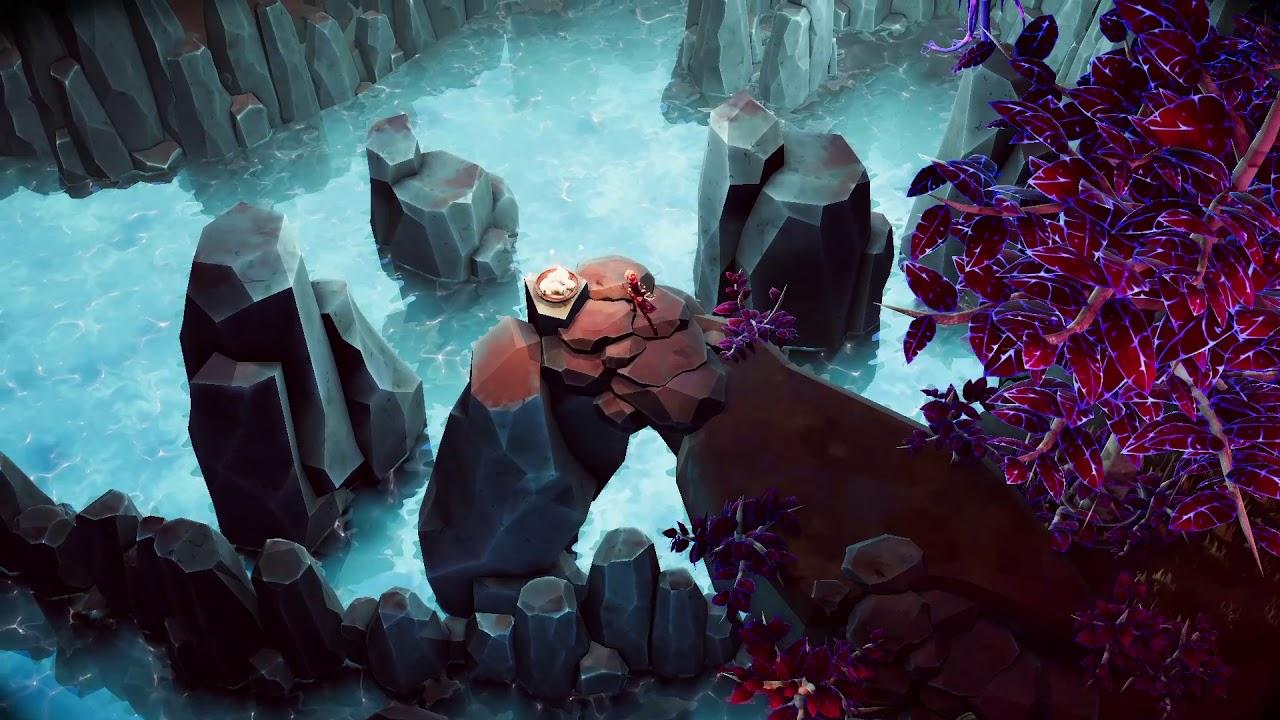 Nice to see their second game be on Linux officially. The Linux native build dropped early last week, along with a new Arena game mode. This new way to play the game was in the previous Epistory and apparently it was missed by players so they added it in.

You can buy it on Humble Store and Steam. It's on GOG too but they don't have a Linux build there.

View PC info
Oh, I didn't hear about the Linux build being released! Epistory was a lovely little adventure. My fingers might hate me for doing so but I will definitely be considering Nanotale

View PC info
Now this... this will not work well on the Steam Deck.
6 Likes, Who?

apocalyptech 2 Aug
View PC info
Oh, nice! This already ran just fine in Proton, but I do love to see native ports. IMO the game's not as good as Epistory, alas, and very weirdly it often doesn't feel like a typing game really. Instead it's much more tactical: you're never stuck in one spot anymore (like many of the Epistory "arenas"), so you can often survive pretty easily just with character mobility, rather than raw typing speed. You've also got to keep an eye on your mana bar, because using the "special" attacks (fire/ice/wind/whatever) will drain mana. An interesting twist is that you can modify those attacks with further modifiers, like "FIRE RAY LONG <enemyword>" will fire out a long ray of fire, instead of just the usual little fire bolt. The result is that you end up moving around the map a lot and picking out the best sorts of attacks that you think will work against the current enemies, but you very rarely get into a raw typing-speed fugue like would often happen in Epistory. It's almost like the typing is a mere standin for an "action bar" of abilities, like you'd see in a Diablolike-or-whatever, rather than the main focus of the game.

Still, it's nice to see Fishing Cactus being willing to mix up the formula so much, and even though I don't think it works as well as Epistory did, I'd still recommend it to anyone who enjoys a good typing game.

Quoting: damarrinNow this... this will not work well on the Steam Deck.

Good, for a moment i feared this native build was due to the hype for the deck!
0 Likes

Quoting: apocalyptech...The result is that you end up moving around the map a lot and picking out the best sorts of attacks that you think will work against the current enemies, but you very rarely get into a raw typing-speed fugue like would often happen in Epistory. It's almost like the typing is a mere standin for an "action bar" of abilities, like you'd see in a Diablolike-or-whatever, rather than the main focus of the game.

That actually sounds encouraging for my overused fingers, and I do remember that I would feel locked in place as soon as combat started in Epistory because I had to focus on reading and typing. That could be a welcome change of pace for me :) So thanks for the explanation!
0 Likes

Unfortunately I never managed to finish Epistory, but it’s nice to see the successor on Linux and I’ll certainly buy it!
I would also appreciate a DRM-free version so I’ll wait a bit to see if that happens before buying on Steam. There’s no hurry.
0 Likes
While you're here, please consider supporting GamingOnLinux on: