Lila's Sky Ark is the next game from Monolith of Minds (Resolutiion) and it not only has a new trailer but it also now has a publisher too. Announced during The MIX NEXT 2021, it was announced that  Graffiti Games will be tackling the publishing on this one.

It's bright, colourful and looks as weird as Resolutiion was. Check it out in the new trailer below: 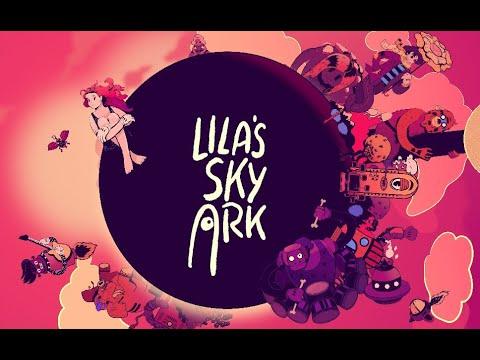 One morning Lila and her friends, Mr. Kiepchen and Doctor-Father-Sir, wake up to find themselves facing a grim foe: The Conductor and his generals who have invaded the sky island to take all that is magical and musical.

You must unite the island’s spirits and craft powerful weapons using alchemy to fight back! Use Stone Souls, Titan Eyes, Infinite Branches, and more weird items to fight off rabid animals, hordes of the empire’s soldiers and fierce bosses with more heavy metal than you can stomach!"

View PC info
I'm pretty sure I'll enjoy this, but I wonder how awkward and fiddly the throwing mechanic gets.

I see how the pinks and cyans in the palette might remind you of it, but it really doesn't look at all like CGA otherwise.
1 Likes, Who?

Quoting: tuubiI'm pretty sure I'll enjoy this, but I wonder how awkward and fiddly the throwing mechanic gets.

I see how the pinks and cyans in the palette might remind you of it, but it really doesn't look at all like CGA otherwise.

That's exactly what I was referring to. This and saying loud that I'm more than 40.

Got fond memories of Commander Keen in CGA.


Last edited by Mohandevir on 15 November 2021 at 8:08 pm UTC
1 Likes, Who?
While you're here, please consider supporting GamingOnLinux on: