Despite Valve pushing many areas of Linux gaming, including the upcoming Steam Deck handheld which will use the Arch-based SteamOS 3, they still totally break their own games.

It's pretty concerning that their absolute #1 most popular game on Steam, Counter-Strike: Global Offensive, has been thoroughly broken on Linux (and macOS) with the update that landed on Friday, December 10. First, the game wouldn't even launch at all which was thankfully fixed - but there's a pretty huge game-breaking problem still left in.

For this, I don't really need to do much explaining, I think these pictures speak for me: 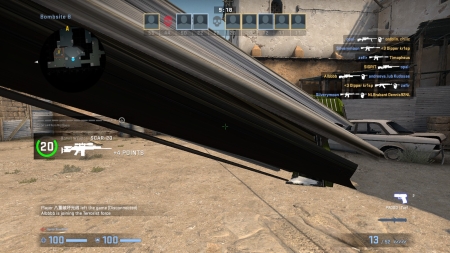 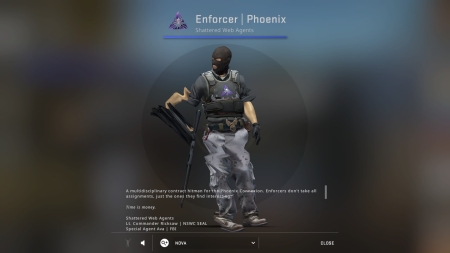 You can track the open issue for it on GitHub.

It does raise an important question - are Valve even testing updates to their own games on Linux? Something like this should not have slipped through the cracks. If it does when the Steam Deck is out, what hope is there? Valve need to do better. Also, don't deploy on a Friday, you dummies.

There's probably some better news coming though, as it appears Valve are preparing Vulkan support for CS:GO with the use of DXVK-Native just like they did for Portal 2, Left 4 Dead 2 and Half-Life 2. As we posted about recently on Twitter, a new "-vulkan" string was added and you can also see DXVK libs being added too.

About the author - Liam Dawe
I am the owner of GamingOnLinux. After discovering Linux back in the days of Mandrake in 2003, I constantly came back to check on the progress of Linux until Ubuntu appeared on the scene and it helped me to really love it. You can reach me easily by emailing GamingOnLinux directly and find me on Mastodon.
See more from me
Some you may have missed, popular articles from the last month:
The comments on this article are closed.
27 comments
Page: 1/3»

View PC info
I just can't believe that they a) they didn't test b) they pushed on a Friday and then, the final nail c) they did absolutely nothing about it all weekend. Incompetent.
22 Likes, Who?

View PC info
This damn game has been crashing for months now, it all started with the ironic "Broken Fang" update.
L4D2 native crashes a lot as well. It truly feels like a joke.
5 Likes, Who?

Arten 13 Dec, 2021
View PC info
There is possibility that their tested it, but on experimental SteamOS 3.0, where everything worked...
7 Likes, Who?

Quoting: scaineI just can't believe that they a) they didn't test b) they pushed on a Friday and then, the final nail c) they did absolutely nothing about it all weekend. Incompetent

As someone who works freelance and switches projects about 2-3 times per year, let me tell you:

I can totally believe that.
The levels of incompetence and complete breakdown of communications on multiple levels I have seen in some companies (that you'd think would be more professional given their size) would make most people revert to their pre-landfall evolutionary state just to cope if they heard it.

The longer I work in IT, the more miraculous I find it that everything around us that is software does not crash and burn 99% of the time.
23 Likes, Who?

View PC info
I somehow won many games and ranked up twice this weekend with this bug but it was exhausting. The more I played with it the more I hated it. I had no idea what I was shooting at (the head? the leg? or just random pixels with no hitboxes?), had to stop using AWPs and AUGs/SSGs, I even hit my teamates several times and got reported for having a wallhack.
I decided not to use the beta workaround because it's not worth it to get VACed. And I can't play anymore, my eyes can't take it. Valve please fix.
3 Likes, Who?

fagnerln 13 Dec, 2021
View PC info
I'm not following those issues, but on Reddit everyone that posted was using nvidia. This is happening on Mesa too?
1 Likes, Who?

View PC info
His trousers look just like mine. I do have very wobbly legs though.
7 Likes, Who?

Quoting: NitsugaThis damn game has been crashing for months now, it all started with the ironic "Broken Fang" update.
L4D2 native crashes a lot as well. It truly feels like a joke.

I was about to say it. This is not the first time this happens with CS:GO on Linux.

Also L4D2 on Linux is more crashy than before, and is not only on Linux. My friends on Windows occasionally crash too, but less often than me.
1 Likes, Who?
1/3»
While you're here, please consider supporting GamingOnLinux on: