Wine manager Bottles gets a bit of a makeover

Bottles, the fantastic and fast-moving free and open source application for managing the Wine compatibility layer has a new release out with a new code-name and a refreshed look. It's such a big release internally, they're now calling the releases by Brescia instead of Trento. So, what's new? A lot, as usual.

The backend has been bumped up to GTK4 + libadwaita, which has resulted in some tweaks to the styling along with overall performance improvements with it using more modern toolkits. Along with this, the onboarding experience was changed to look a bit fancier:

Some other tweaks include changes to the Bottle screen with a reorganised utilities list, with the most-used items easier to access. A few others have been put under a Legacy menu together, which contains various Wine tools they haven't implemented directly into Bottles just yet. Some performance upgrades have been done for the way the Programs, Dependencies, Versioning and Installers screens are populated to reduce loading time too. 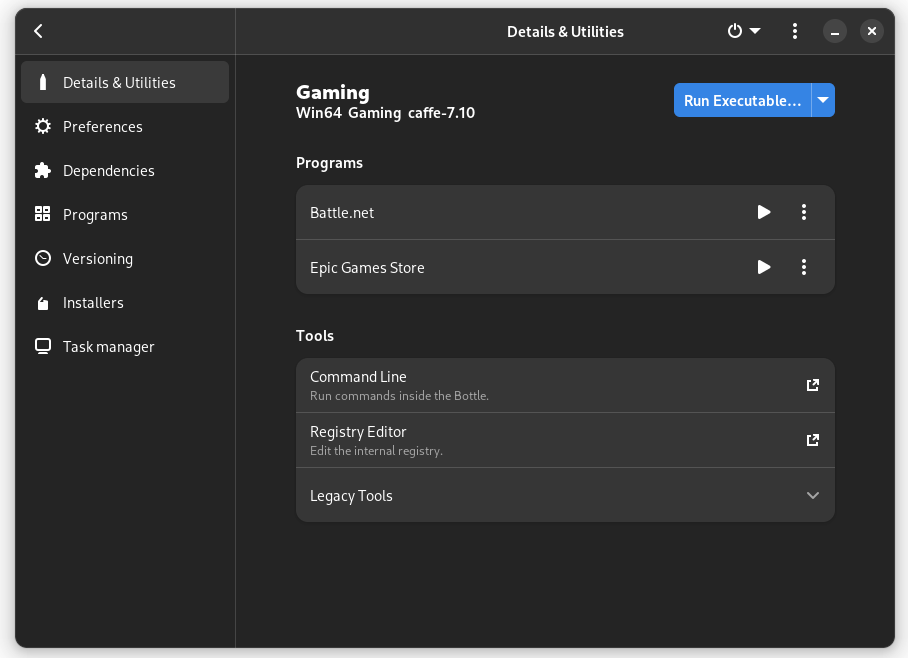 Launch options were improved too, which now allow you to override some preferences from the Bottle. Which in some cases may allow you to avoid creating a whole new Bottle when one app inside needs a specific option (useful!).

A new notification system has been added, to alert you to what the application is doing to keep you informed. Loads more like high-resolution application icons, listing games installed via launchers like Steam in Wine and eventually other launchers too like Origin and Battle.net, an option to disable mouse acceleration, they added 14 new Windows dependencies plus various fixes.

View PC info
Nice now it looks bad with compositor off and my whole screen seems to freeze if I leave a menu from Bottles open, until I close it from its button, what a great change!
1 Likes, Who?

Yeah it's broken. I've just moved over to flatpak.

bottles-git is working perfectly for me
0 Likes

View PC info
Ugh, that broke both the AUR and Pacstall version. I see why they put out that letter asking to not package their app outside of flatpak with that timing - to get ahead of the mess that this change brings.

Libadwaita turned out to not be that big of a deal for me though. On Pop_OS 22.04 via Flatpak with WhiteSur-dark for theme, most of it was themed correctly with only one asset missing (the final image at the on-boarding).

Between my general antipathy to libadwaita, "Don't theme my apps," headache-inducing flatpaks, their recent announcement, and GNOME in general, I must admit I had a childish moment of glee because everything was themed to what I want instead of what they want.

Well, I'll check the project out again next month - hope it gets better then. Running things normally from terminal or file manager still works best for me right now. Outside of games, the only Wine app that I run regularly are Office 365 which still works best with CrossOver and WhatsApp which even on Bottles requires being launched with terminal output for some reason so it's moot for me anyways.
0 Likes

View PC info
For people using Bottles are there any particular features over what Lutris offers?

Typically for Windows games I use Steam client if I have it on Steam, Heroic for free Epic games, and Lutris for anything else including non-games. Wondering if it's worth giving Bottles a go, but not sure I want to add another program into the mix.
0 Likes
While you're here, please consider supporting GamingOnLinux on: