AYANEO to have their own AYANEO OS based on Linux

Looks like Linux is truly becoming a gaming platform for the masses now, as AYANEO are throwing their hat in the ring with AYANEO OS on their hardware with the AYANEO AIR. While their new IndieGoGo crowdfunding campaign focuses on it being a Windows handheld, they're also developing their own full Linux distribution for their hardware which will be available to download "in the future".

So that's the Steam Deck with SteamOS, GPD looking at SteamOS, OneXPlayer also planning SteamOS and now AYANEO too. Seems like AYANEO OS will go a lot further than SteamOS in some ways though, with built-in ways of finding games across different stores you own. They said it directly supports the Linux version of Steam and they talked about running both Native Linux games and Windows games through Proton too along with other stores and they sound extremely positive about the Linux experience here.

Not only that, it will also have integrations for retro emulation too. A special app store was talked about to download other applications like Spotify, OBS, Firefox, Discord and plenty more (much like SteamOS has access to Flathub). 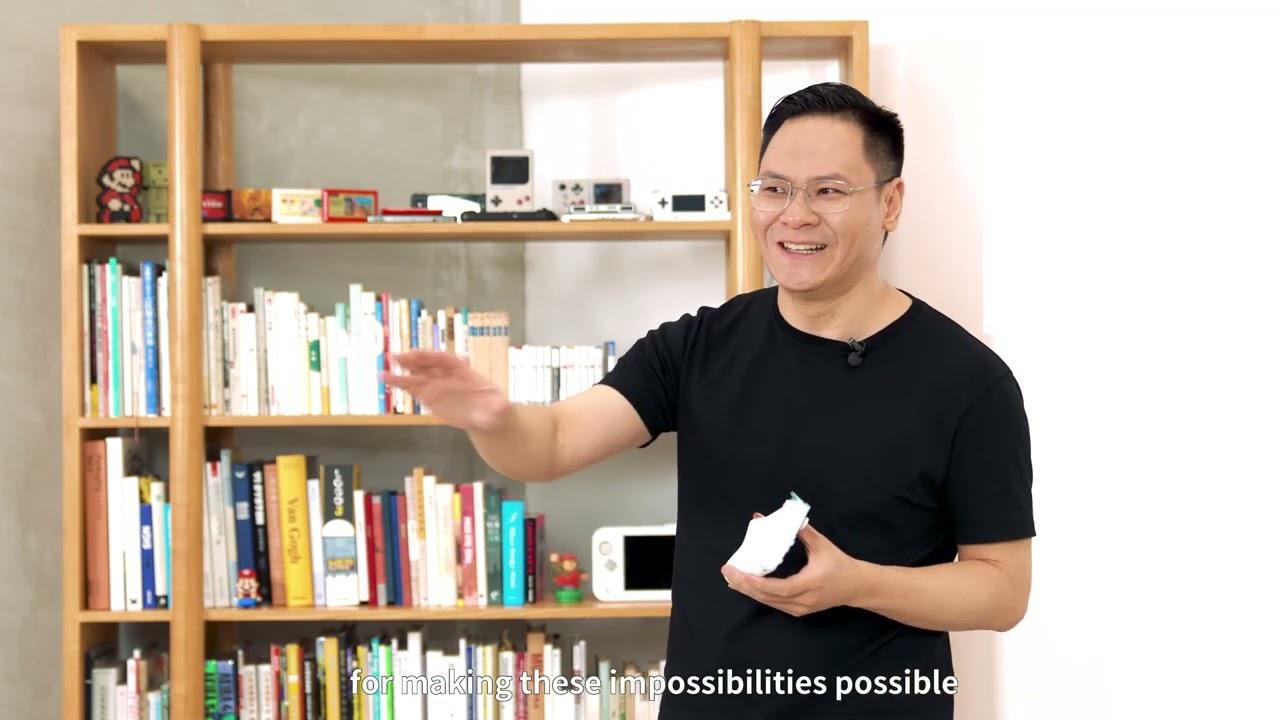 Definitely didn't imagine any of this happening a year ago, did you?

We do often include affiliate links to earn us some pennies. We are currently affiliated with GOG and Humble Store. See more here.
About the author - Liam Dawe
I am the owner of GamingOnLinux. After discovering Linux back in the days of Mandrake in 2003, I constantly came back to check on the progress of Linux until Ubuntu appeared on the scene and it helped me to really love it. You can reach me easily by emailing GamingOnLinux directly.
See more from me
Some you may have missed, popular articles from the last month:
30 comments
Page: 1/3»

Seriously though this is awesome to see people keep building on open source, wine, proton, dvxk, etc. FTW! I hope they create something nice!
12 Likes, Who?

elmapul 15 Jul
View PC info
WOW, this is gold, pure gold, i didnt saw the title, i guessed they going to put SteamOS on it, and was happy with that, but when i saw the video, holyshit! they not only are developing their own system but they trash talked windows! this is big!

now i got to the part that disapoint me, telemetry, they going to install local installed games to suggest games? can i opt out of this?
2 Likes, Who?

View PC info
I wonder if it would have helped if Steam put out the source code for SteamOS before release of the Steam Deck.
0 Likes

WildCoder 15 Jul
I'm torn. I wish they'd work with Valve to improve Steam OS rather that go their own way. But on the other end it might be easier to bring non steam games to this device, maybe something Valve can bring onto steam OS later on.
Anyway I would rather see more cooperation at the OS level...
6 Likes, Who?

View PC info
Wow, this is something I did not expect.
0 Likes
Purple Library Guy 15 Jul


Was that, by any chance, a reference to an old Monty Python sketch involving John Cleese dressed as a bank robber?
1 Likes, Who?

Mountain Man 15 Jul
View PC info
What an interesting development. I can see why Linux/SteamOS would be attractive to developers of handheld gaming devices because, first of all, Windows is not at all well suited for low-powered, portable hardware, and second, Linux/SteamOS is free, so no "corporate tax" to ship a device with a pre-installed operating system. And with Proton, Windows gamers will not have to give up a large chunk of their Steam library, and what games they do have to give up will be considered an acceptable trade-off because handheld gaming is almost thought of as a different genre, and people naturally do not expect to be able to play every game they can play on their desktop.

View PC info
Wooooow. I which I could not just like this post but also give it some freaky award or something.

Quoting: WildCoderI'm torn. I wish they'd work with Valve to improve Steam OS rather that go their own way. But on the other end it might be easier to bring non steam games to this device, maybe something Valve can bring onto steam OS later on.
Anyway I would rather see more cooperation at the OS level...

This will contain the whole Valve Stack. They will not redo the changes to the Linux kernel, nor to Mesa or the Radion drivers. Not to speak of core libraries like DXVK. Nobody invents the wheel twice. I think they will even use Gamescope, Mango-HUD and the other open source components from Valve's environment. And for any Linux system, Steam is the first port of call. That's even true for ChromeOS.

This development will make Linux a major player in PC gaming in the long run. Valve could not do that alone. But they have set the ball rolling. I'm pretty sure they're happy about the development at Valve. The ratio in production between Nintendo and Valve is 10:1, but I see the demand for customised Linux gaming handhelds at the same level as the Switch.

Valve will benefit massively from this development because of Steam.