Along with announcing their new Raptor Lake desktop CPUs, Intel has also finally announced the release date of their Arc A770 GPU for October 12th. This is their top-end GPU, that they claim "delivers 65% better peak performance versus competition on ray tracing".

Coming in at $329, putting it in line with the RTX 3060 which they previously compared it against. They're facing some fierce competition with NVIDIA and AMD already well established in the market although given the insane price on NVIDIA Ada Lovelace, perhaps more will be looking at alternatives? 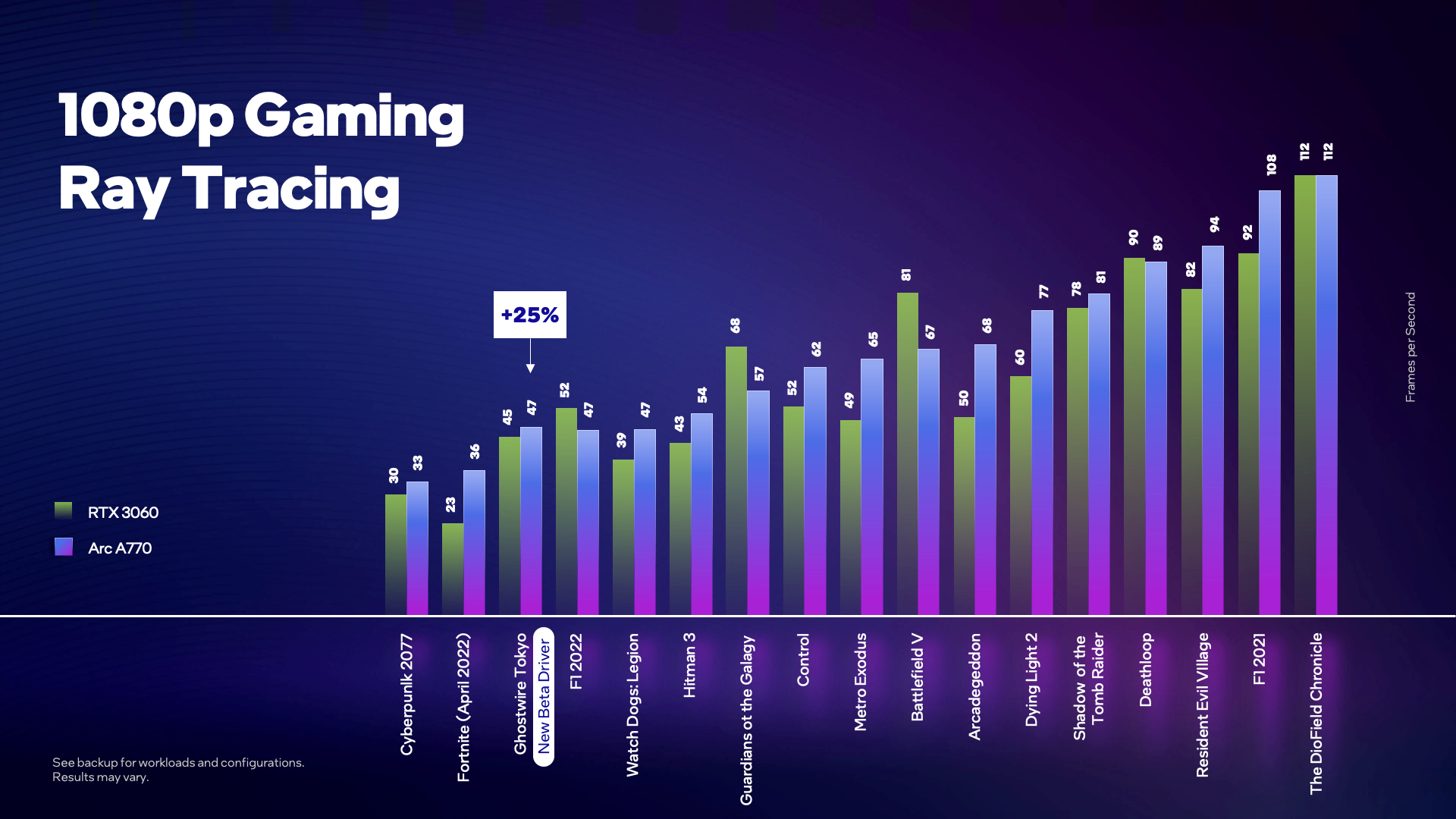 Very little else was really said about it that I can find, other than what they've previously revealed about it which is pretty much everything with all the specifications already available on their website. As a refresher, their Limited Edition version is mainly the card with the 16GB GDDR6 and they said previously most of their partners will do it in 8GB. 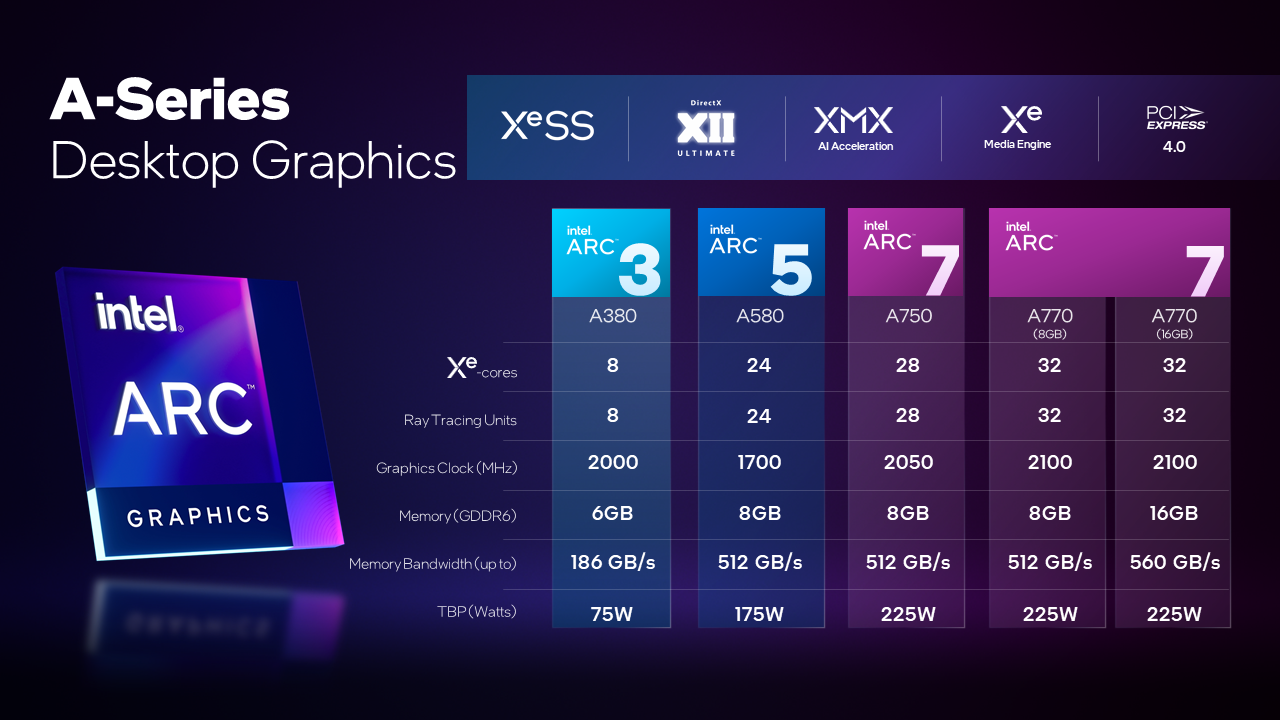 You can find out more on the Intel website. The XeSS SDK is also now available on GitHub.

I'm keen to see how Intel do with their first lot out properly, as a third vendor has been needed like this in the GPU space. With open source drivers too, there's a lot for Linux users to like about it.

About the author - Liam Dawe
I am the owner of GamingOnLinux. After discovering Linux back in the days of Mandrake in 2003, I constantly came back to check on the progress of Linux until Ubuntu appeared on the scene and it helped me to really love it. You can reach me easily by emailing GamingOnLinux directly.
See more from me
Some you may have missed, popular articles from the last month:
26 comments
Page: 1/3»
ElamanOpiskelija 27 Sep

View PC info
I want Intel to succeed so bad.
BTW, off-topic but it's just impressive how bad of a game Fortnite and Cyberpunk are. And Cyberpunk, at least, has the excuse of beautiful graphics.
1 Likes, Who?

View PC info
I'm thinking of buying one for a server or something. I very much hope the GPU War of the future is AMD vs Intel and Nvidia can go away (mostly) -- which since EVGA is no longer making NVIDIA seems likely as they were #1.

I've phased out nearly all Intel CPUs as Ive been on Thank You AMD phase, so this is a weird turn for me -- I just acknowledge Intel has had a open source driver since forever.

Open source drivers dictates a much higher probability I will buy something.


Last edited by ElectricPrism on 27 September 2022 at 8:13 pm UTC
3 Likes, Who?
Purple Library Guy 27 Sep
I can tell I have an instinctive thing for the underdog. Seeing the two headlines about Intel one atop the other, on the graphics card one where Intel is the small player I was thinking "Go Intel!" but on the CPU one where Intel is the big player I was thinking "Boo, Intel!" It felt kind of weird to whiplash between those two in one second flat like that.
7 Likes, Who?

View PC info
XeSS is a sweet name, good job whoever came up with that. (I'm choosing to pronounce it as 'excess').
I think the price may be okay given good driver support, I'll keep an eye out for benchmarks.

View PC info
Intel entering the graphics card market at what is literally the worst possible time in the history of the market, without properly working drivers or software, no actual USP, pricing that has no chance against the price drops from the competitions next gen lineups releasing around the same time and the presumed flood of mining GPU's... what can go wrong?

I want Intel to succeed but sadly expecting disaster.
2 Likes, Who?

STiAT 27 Sep
View PC info
I am all in for Intel as another competitor.

But I think their hardware will need a few generations to really close up.

As well do the drivers. They do not have a good track record there. I hope this initiative will get them there.

Nvidia opened up considerably, AMD is great, and pressure from the Intel side will certainly help.
0 Likes

Quoting: ElamanOpiskelijaI want Intel to succeed so bad.
BTW, off-topic but it's just impressive how bad of a game Fortnite and Cyberpunk are. And Cyberpunk, at least, has the excuse of beautiful graphics.

and Fortnite has the excuse of supporting split screen in an age where game developers think that nobody should be making physical friends anymore :(
Or maybe they think everyone should just buy a Steam Deck 🤔
1 Likes, Who?

denyasis 28 Sep
View PC info
I'm definitely interested. But I want to see some good solid benchmarks. I know Ray tracing is all the rage, but I'd really like to see how it compares to cards from the last few years in general gaming.

If it's a good step up from, say my 1070ti and has a decent cooler, at that price, that's an upgrade I can afford!


Last edited by denyasis on 28 September 2022 at 12:52 am UTC
2 Likes, Who?
Xaero_Vincent 28 Sep
View PC info
VKD3D-Proton is pretty much unusable under ANV at this time, so that will put the breaks on any Linux adoption for AAA gaming.


Last edited by Xaero_Vincent on 28 September 2022 at 1:11 am UTC
0 Likes
1/3»
While you're here, please consider supporting GamingOnLinux on: