Cassette Beasts is a wonderful take on monster catching

It needs to hurry up and be 2023 so I can play the full game of Cassette Beasts, an upcoming monster catching / creature collection game from Bytten Studio and RawFury. Coming with full Native Linux support built with Godot Engine, it's easily one of my biggest highlights from the ongoing Steam Next Fest, where it has a rather great demo available to play right now.

Playing this, I felt a little like a kid again, bringing back some really fond memories of the early Pokemon games. The great twist here is that you're pretty much making a bootleg copy of the creatures you encounter, using retro cassette tapes. Ah, memories coming flashing back of recording off the radio onto tape when I was younger. Heck, the game even has special bootleg creatures to find too!

Here's a little footage for you: 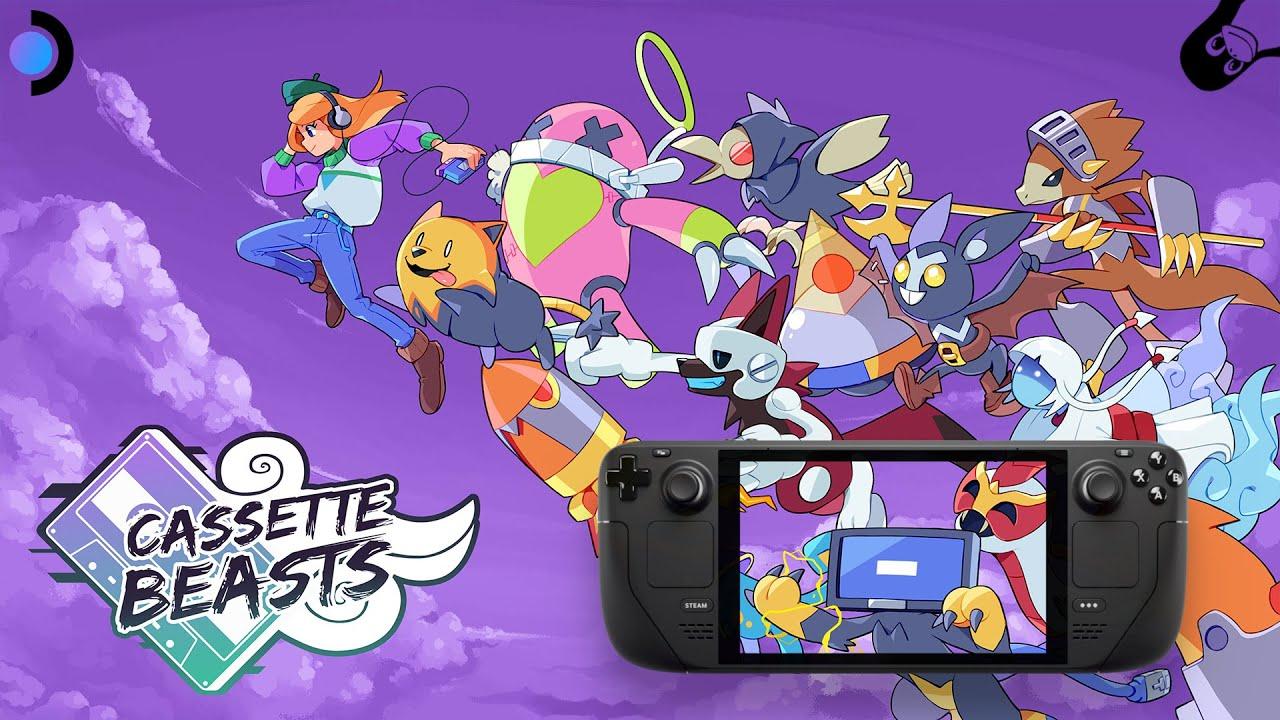 Really quite fantastic. Can't wait to see more of this and fuse various creatures together to form some kind of completely unholy thing that can take down anyone. You really don't want to miss out on trying this.

About the author - Liam Dawe
I am the owner of GamingOnLinux. After discovering Linux back in the days of Mandrake in 2003, I constantly came back to check on the progress of Linux until Ubuntu appeared on the scene and it helped me to really love it. You can reach me easily by emailing GamingOnLinux directly.
See more from me
Some you may have missed, popular articles from the last month:
6 comments
Purple Library Guy 6 Oct
"Quick, get ready, another monster is coming!"
"Ack, give me a minute, I'm rewinding!"
5 Likes, Who?

View PC info
Definitely will give it a try some day, it looks cool. But I'm hooked by TemTem right now, pretty addicted actually :P

View PC info
A game called "Cassette Beasts" and not a single Laserbeak or Ravage????
2 Likes, Who?

Quoting: Purple Library Guy"Quick, get ready, another monster is coming!"
"Ack, give me a minute, I'm rewinding!"

"Be kind, rewind" takes on a whole new meaning in this world…
2 Likes, Who?

View PC info
plz Liam, I've been a follower of the webpage for a while already I'm having a problem with almost all the games you review...

I have enough games on Steam to feel like I'm playing pokemon.

While I already surrendered about the fact that I'm gonna be broke for the rest of my life... I don't have enough time to play everything! Give me a rest!
3 Likes, Who?

View PC info
Recently found out that two songs from the soundtrack are now available to listen online:

(as heard on most trailers)
https://www.youtube.com/watch?v=lP2-68Y0onM

https://www.youtube.com/watch?v=bF2LtqVBWe0
0 Likes
While you're here, please consider supporting GamingOnLinux on: