Having issues with the latest major update for Halo Infinite on Steam Deck or Linux desktop? Valve has already released a Proton Hotfix update to sort it.

The fix is available in "Proton Hotfix" which is a completely separate version of Proton compared with the default Proton 7 and even Proton Experimental. So if you have it set to Proton Experimental currently, which is where Valve initially got it working, you need to unset it (remove the tick in the compatibility menu) and so it will pick up the Proton Hotfix on Steam Deck. For desktop Linux, you will need to force it to Proton Hotfix manually. If you have any trouble, search for Proton Hotfix in your Steam Library to make sure it is installed and updated. 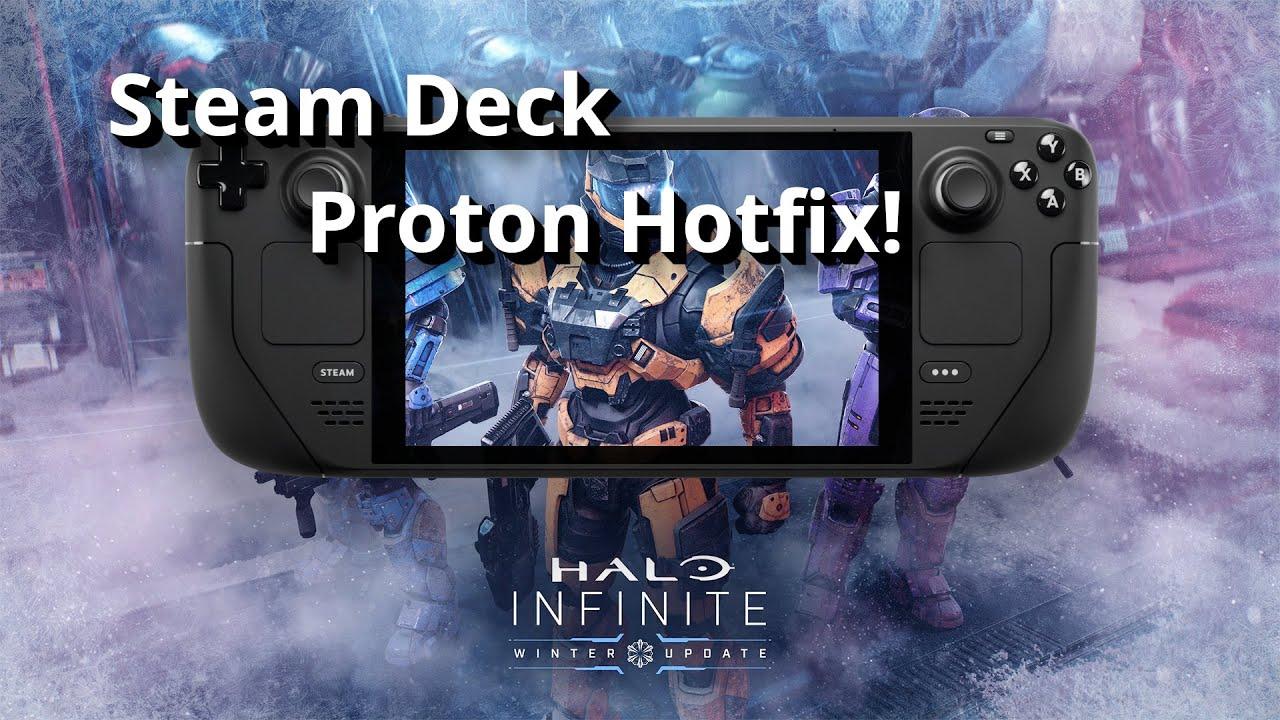 I tested Proton Hotfix on Steam Deck and my Fedora Linux desktop — works for both. Great job Valve and CodeWeavers on the compatibility fix there so quickly.

Some of the big stuff that's new in Halo Infinite includes:

About the author - Liam Dawe
I am the owner of GamingOnLinux. After discovering Linux back in the days of Mandrake in 2003, I constantly came back to check on the progress of Linux until Ubuntu appeared on the scene and it helped me to really love it. You can reach me easily by emailing GamingOnLinux directly.
See more from me
Some you may have missed, popular articles from the last month:
5 comments
Whitewolfe80 9 Nov

View PC info
So fedora 36 delivered on their gaming claims then interesting may have to look at switching soon. I know ge has his own gaming version anyone know of it's stable nebara ?
0 Likes

spacemonkey 9 Nov
View PC info
If bit off topic, but could anyone get Halo MCC co-op working within a LAN? I tried it last week with someone on a Windows laptop and we could never find eachother.
0 Likes

Quoting: spacemonkeyIf bit off topic, but could anyone get Halo MCC co-op working within a LAN? I tried it last week with someone on a Windows laptop and we could never find each-other.

I remember having that same issue months ago, memory is fuzzy -- can you work-around it by using the Steam Friends list and right click your friend and try "Join Game" bypassing the game method? Are you both using EAC on or EAC off?

You used to be able to join servers from the browser here too:

Quoting: Whitewolfe80So fedora 36 delivered on their gaming claims then interesting may have to look at switching soon. I know ge has his own gaming version anyone know of it's stable nebara ?

Only just heard of it recently. Fedora is such a solid pick, so I would probably just take whatever nifty things GE is doing with Nebara and add it to Fedora. :)
0 Likes

View PC info
Anybody got this running on flatpaked Steam?

I'm having trouble running anything else than the proton community builds.
0 Likes
While you're here, please consider supporting GamingOnLinux on: