OpenTESArena, an open source re-implementation of The Elder Scrolls: Arena

A fun open source game engine project we've not covered here before is OpenTESArena, an open source re-implementation of The Elder Scrolls: Arena and it just had a new release.

Inspired by other similar projects like OpenXcom and OpenMW, their aim is to have a clean and cross-platform version using the original assets which you can get free from Bethesda. A few days ago a new release was put out to include Wilderness generation, Wilderness automap, City <-> wilderness transitions via city gate, City placeholder in wilderness, Player position in wilderness displayed with F2, CD version support and initial work on inventory slots.

You can see a video about the latest update below: 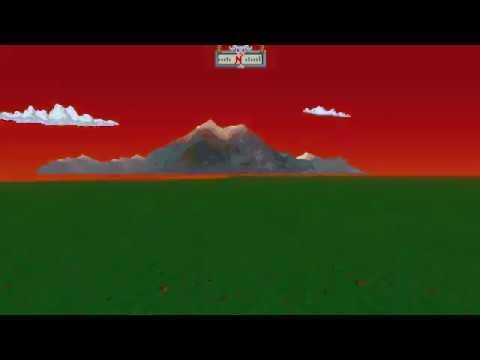 As you can see it appears to be coming along nicely. Still a large number of features to implement before it's playable enough to be really enjoyable but it's another impressive open source project to keep an eye on. One I will also be following a little more closely now to keep you updated on progress.

See more about it on GitHub.

View PC info
I wonder if they'll make it less clunky than the original.
From what I recall the first Elder Scrolls game was about as welcoming as a forklift ... built on opposite day.
0 Likes

Quoting: GuestSo we have now a open source re-implementation for Arena, Daggerfall and Morrowind right? If im not wrong only the Daggerfall one runs on Unity right?

Yeah, most promising one too imo. OpenMW is putting too much work into engine devleopment (seems like their progress is kinda impressive by now, but it took them wayyy too long to get to this point), whereas the new daggerfall project is using a proper full fledged ready developed modern game engine from the start, so they can focus on the important bits right away.

On the other hand, if OpenMW fully succeed with their engine work, porting oblivion and skyrim to an open source engine wouldn't be a dream, so it's not completely unwarranted. That would be real neat.

Actually curios if OpneMW could be used to make original content.
Or if it only exists to run already amde Elder Scrolls games.
0 Likes

Quoting: razing32I wonder if they'll make it less clunky than the original.

Bethesda's engine was pretty bad back then. They made some pretty terrible Terminator games with it also.
0 Likes
While you're here, please consider supporting GamingOnLinux on: