The classic free and open source sim OpenTTD, based upon the popular Microprose game "Transport Tycoon Deluxe" has now entered a feature freeze period with the first Release Candidate out for the upcoming major update.

OpenTTD 1.10.0-RC1 went out a few days ago and while they're now not including new features due to the freeze, this version does have plenty in it. Features like supplying a reason to people who get kicked/banned when playing online, item highlighting under the mouse cursor in the file browser, a separate window for taking screenshots, the ability to configure the game ending year, the ability to take a full mini-map screenshot, logic improvements for sharing industry production between 3 or more stations, a cargo filter for the industry directory window and there's plenty of crash-bugs that got solved. 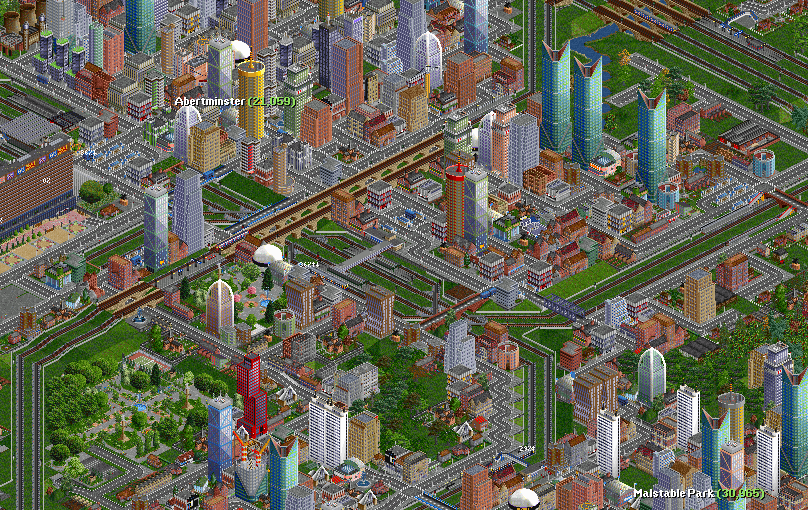 It's shaping up to be a really big release now especially with all the modernisation going on with the code like the newer SDL 2 video driver added in a previous beta, multiple big performance improvements are in, more flexible docks and plenty more.

You don't need data files from anything else to enjoy OpenTTD, as it has plenty of free graphics sets available as well as sound/music too. However, you can use the Transport Tycoon Deluxe data files too. See more on the official OpenTTD website.

About the author - Liam Dawe
I am the owner of GamingOnLinux. After discovering Linux back in the days of Mandrake in 2003, I constantly came back to check on the progress of Linux until Ubuntu appeared on the scene and it helped me to really love it. You can reach me easily by emailing GamingOnLinux directly.
See more from me
Some you may have missed, popular articles from the last month:
The comments on this article are closed.
2 comments
Nagezahn 11 Feb, 2020

I haven't played in a while, but I absolutely love this game! I'd like to give the new version a try, but I know it definitely wouldn't become just a try.
1 Likes, Who?

Quoting: NagezahnI haven't played in a while, but I absolutely love this game! I'd like to give the new version a try, but I know it definitely wouldn't become just a try.

I'd like too, but it's too risky. I've already fallen to Julius (Caesar 3 remake) recently, recovery was hard, I can't afford to lose my sleep again.
2 Likes, Who?
While you're here, please consider supporting GamingOnLinux on: