Trese Brothers Games (Star Traders: Frontiers) have a bit of a hit on their hands here, as Cyber Knights: Flashpoint is smashing through goals on Kickstarter.

With an original goal of $50,000 they managed to get funded in less than 12 hours. That's pretty incredible and good for Linux gaming fans too, since Trese Brothers continue to support Linux with Cyber Knights just like they did with Star Traders: Frontiers and Templar Battleforce. 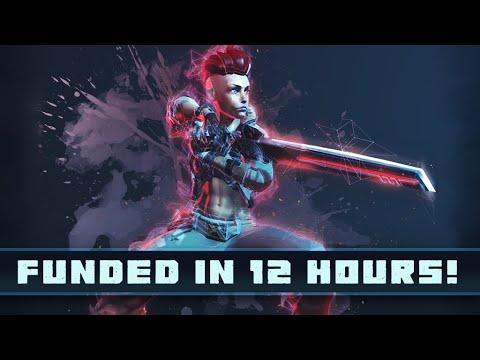 They're now sat at over $136,000 which means a couple of their stretch-goals have been hit. These are goals set at certain funding points where they confirm new features like "20 hours" of extra story content, new outfits, a new battle drone and the next goal is to have more animations to enable features like dragging away bodies which could open the gameplay up further. Looking at the trends, they're likely to still get quite a bit more in funding before the campaign ends on March 6.

You can find it on Kickstarter and wishlist on Steam.

Personally, I'm quite excited for Cyber Knights. I'm craving a really good XCOM-like and Cyber Knights looks like it might just fit the bill. Since it's fully funded, it's now listed on our dedicated crowdfunding page.

View PC info
I love this studio, the support and update flow is amazing. I’ve backed CKF and i’m fully confident it will be great.
1 Likes, Who?
While you're here, please consider supporting GamingOnLinux on: