Five years might seem like a little long but crafting something special takes time and Besiege is definitely worthy of the time it spent in development.

Spiderling Studios' physics-based building game isn't exactly unique now, there's plenty more physics-based building games that have come and gone in that time. However, Besiege stands tall above so many for the detail and fun factor. This week, they released the big 1.0 with a finished single-player campaign along with adding in some fun sounding logic and automation blocks.

The funny thing about a game like Besiege is how their trailer from five years ago is still good: 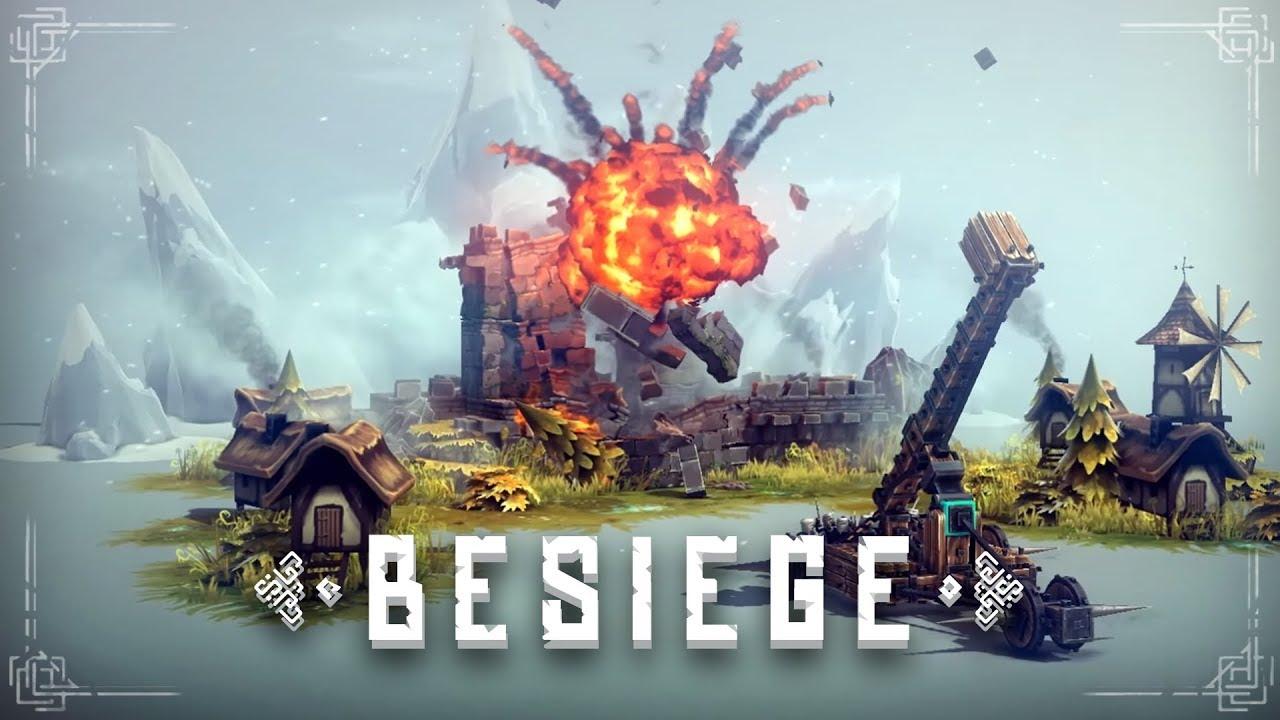 Sure, there's a lot more to the game now but the basics shown in the above trailer are all still mostly the same. You build something you hope works and attempt to conquer whatever the level has presented you with. It's a simple setup and it works beautifully when you sit back and watch the fireworks. Due to the very nature of what you're doing, it's weirdly relaxing too. You can sit and spend as long as you what, tweaking and adding to your design and fail as many times as you need to before you create a machine of pure dazzling destruction.

They're not done with it either it seems. Already announcing that they're working on updating Besiege, to bring in new blocks. They're drafting up a Speedometer logic block to emulate a key press when you hit or go below a certain speed, plus an Angle Detector to emulate a key press when your siege weapon meets or exceeds a certain angle. Will be amusing to see what designs people come up with using those since Besiege has a huge modding community and Steam Workshop support.

You can pick up the highly recommended Besiege from Humble Store, GOG and Steam. It's 50% off on all stores with that sale lasting until February 25.

Eike 19 Feb, 2020
View PC info
When seeing the graphics, I always wonder how many developers had such an illuminated endless plane in early development - and how many mourn now that they didn't just left it like this, as Besiege did. :D
1 Likes, Who?

View PC info
Since I bought this at full price before it was released 6 days ago, I wonder if GOG will give me a discount. :S: Not a very big deal if they don't, but I haven't even downloaded it yet because I knew it was releasing soon.
0 Likes

View PC info
I’ve been watching some custom machine showcases during my breaks since yesterday and while I don’t exactly see myself playing the game, it’s amazing to see what people have come up with and what the simulator can do.


Last edited by Salvatos on 19 February 2020 at 5:02 pm UTC
0 Likes
Purple Library Guy 19 Feb, 2020
I love the music on the trailer. I was waiting to see what would be happening on screen at that moment when the music suddenly punches the keyboard in that piece.
0 Likes

View PC info
I've been charmed by Besieged since it came on the scene five years ago, so, yesterday, when I saw that it had left beta and was 50% off, I bought it on the spot.

I hope it won't be another five years before I get around to playing it.