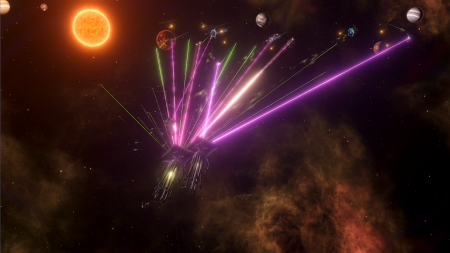 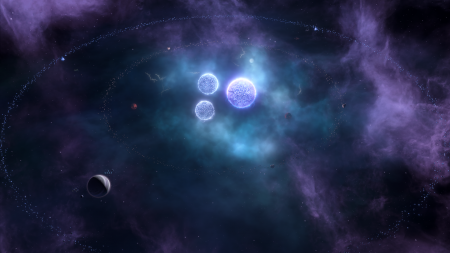 View PC info
One of my favourite games at this time, so it's great hearing they keep hammering out both DLCs AND free patches!
0 Likes
Mal 7 Apr, 2020

einherjar 7 Apr, 2020
Stellaris is really a great game.
If I had more time, I would start another play through.
Paradox is doing a great job in supporting and developing this game.

Next thing for me is surely buying the Lithoids DLC and play another game of Stellaris. But first I have to play a lot more of X4.
0 Likes
Purple Library Guy 7 Apr, 2020
Looks like some decent stuff. Meanwhile I'm getting into later game in my current playthrough and I definitely think it hasn't slowed down as much as usual, so I'd say recent efforts at performance improvement are working.
0 Likes

View PC info
I found an amusing bug yesterday (which I should see about replicating) where I told one of my scientists who was excavating a dig sight to take a break to check out something in a nearby system, only to get a notification that the next event had happened at the dig site. I checked it only to find that my scientist was apparently still working on the excavation, despite being in another system! I guess they found a way to work remotely. :)
1 Likes, Who?

View PC info
I'm afraid to look at and calculate how much energy credits it would cost me to buy in the missing DLC/expansions at this point. :(
0 Likes

Looks like Paradox heard us. There's a sale on Humble Bundle now with lots of Paradox DLC. :)
0 Likes
While you're here, please consider supporting GamingOnLinux on: