Nimbatus, a game about space exploration, science and creativity with a whole lot of spacecraft/drone creation is set to leave Early Access on May 14.

You stick together parts to create a mixture of wild designs. You can make fully autonomous drones, manually piloted ships, massive walking robots and much more thanks to all the different blocks you use. I can't overstate how seriously impressed I've been with what some players have made in it. Once you have a design made you send them out into a procedurally generated galaxy to collect resources and complete missions.

There's hundreds of different parts you can use and multiple game modes too. There's an anything-goes sandbox mode in a procedurally generated galaxy, a story-based resource limited survival mode and multiple competitive modes like racing and drone sumo wrestling. 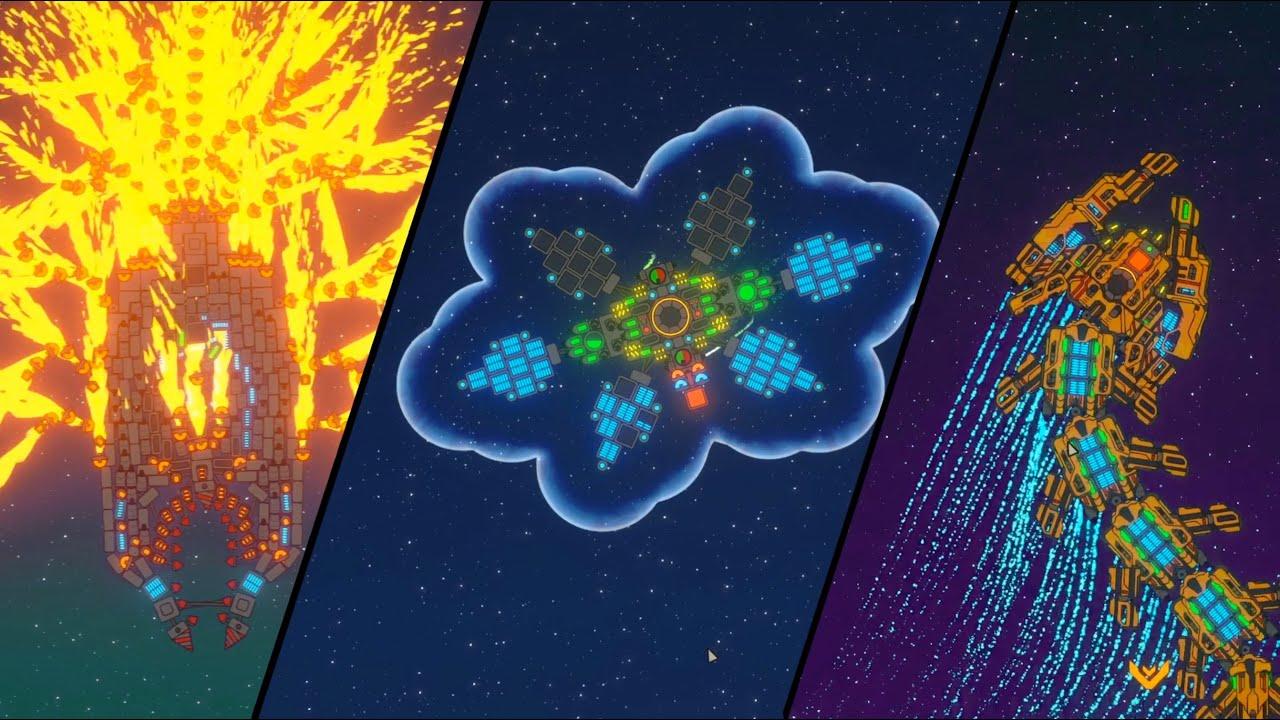 Another crowdfunding success story too! It was funded on Kickstarter back in December 2017 (listed on our dedicated Crowdfunding Page), one of the few projects I've personally backed and I haven't regretted it at all. Also, they went onto winning a few awards for it too including the 'Tencent Game Innovation', a 'GDC Best in Play' and the 'Reboot Best Game Design' awards.

Since Early Access, it's had some massive updates go live, one of which went out only this week. They just added in: Ice Planets, a new tutorial/introduction for the survival mode, new enemies, new missions, new options for the sandbox mode, new Steam Achievements and more drone parts.

You can buy it from Humble Store and Steam. Sometime soon they will also launch their demo with the Nimbatus - Drone Creator, allowing you to try out creating your own.

View PC info
I loved this when I last played it quite some time ago. I really enjoyed piloting the creations I made, but didn't enjoy the "program your drone" bit as much. Time to give it another shot!
0 Likes
While you're here, please consider supporting GamingOnLinux on: