Currently in development with a demo now available, Steelbreakers takes the basic look and mechanical feel of classic Zelda and turns it into a competitive local multiplayer battle arena.

The developer mentioned their idea with it was to make a game they wanted to play that they felt didn't exist already. As they said they "always wanted to play a Zelda game that demanded technical skill and would let you fight with your friends on a top-down 2d playing field" and so Steelbreakers was created.

Together up to four players can fight for dominance in small arenas with traps and all sorts. At release, the developer is planning to have online play, additional game modes, plenty of maps and weapons, AI enemies and the list goes on. The demo is just a small slice of what to expect.

After playing a bunch of it, we got a little bit hooked over here at the GOL office. The basics are already pretty great and it works wonderfully on Linux with it being built with cross-platform MonoGame. We've played absolutely tons of local multiplayer action games but Steelbreakers certainly has a unique feel to it thanks to the inspiration. 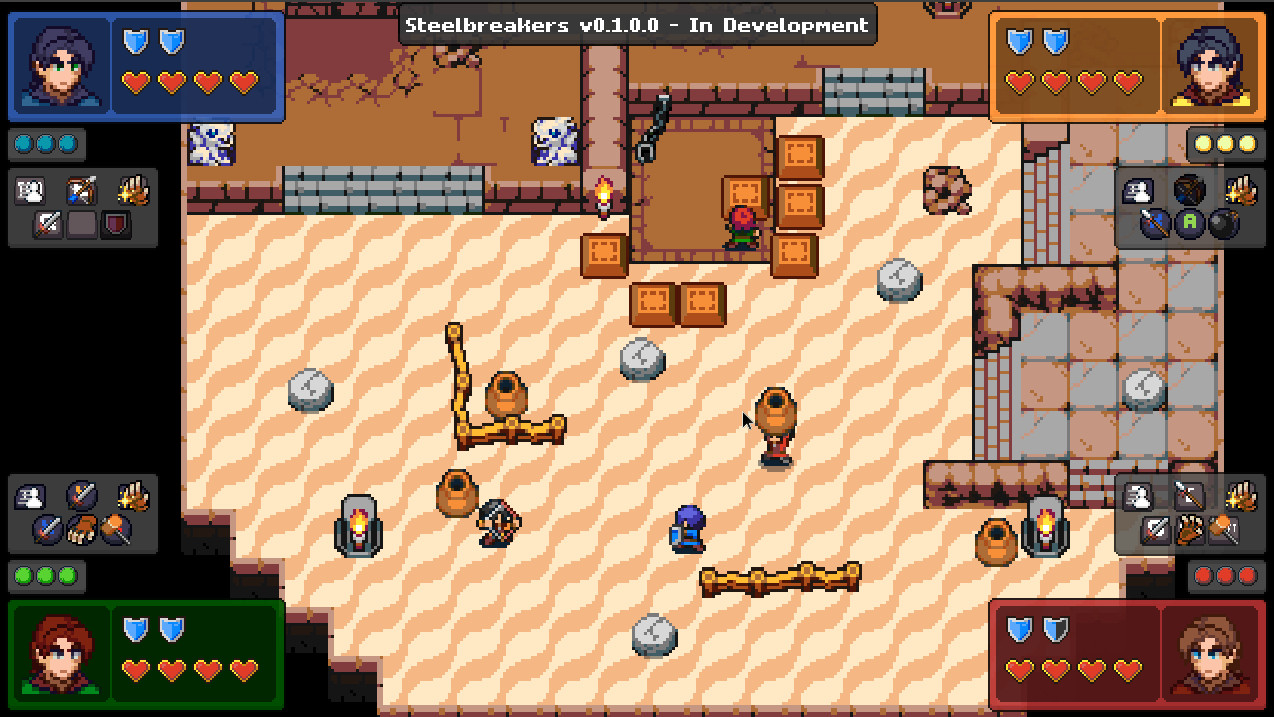 While they "gauge interest" in this new game, they're going to be using what they learned to improve their previous game Sol Standard, a PvP turn-based tactics game that also supports Linux. After that, they plan to return to Steelbreakers to "add a whole bunch of new content".

You can find it and grab the demo on itch.io. Do let the developer know what you think.